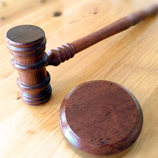 07 April 2015 - Every day, in communities large and small the world over, acts of corruption undermine development, education, health care, justice and democracy. To combat this crime, the need to have international and national provisions in place is more important than ever. At a global level, Member States continue to sign up to the United Nations' two crucial conventions against Corruption and Organized Crime. Meanwhile domestically, Governments are increasingly looking to put in place legislation that will establish frameworks against corruption in order to bolster anti-corruption measures.

Recently, the Nigerian Government, with support from UNODC under a European Union-funded anti-corruption project that is being implemented in the country, amended the national extradition law. The previous version of the legislation - which had been in place since 1967 - had some legal ambiguities which had been used to delay the extradition process. On average, this delayed matters by an average of two and a half years; in extreme cases the entire extradition proceeding could be stalled indefinitely.

Under the United Nations Convention Against Corruption (UNCAC), one of the tools of international cooperation is an efficient legal framework for extradition purposes. Article 44(9) specifically calls on signatory countries to expedite extradition proceedings and, through amending the law on extradition, Nigeria has brought its national legislation into compliance with the Convention's provision. The law will not only enhance the fight against corruption, but also contribute to efforts against other transnational organized crimes such as drug trafficking, human trafficking, terrorist financing and money laundering.

To assist Nigeria in this, UNODC provided technical support to the Federal High Court and Central Authority Unit to develop the draft amendment to the Extradition Act. UNODC also incorporated input from discussions held with judges, legal experts and law enforcement officials from the country.

The UNCAC, of which UNODC is the guardian, is the only universal anti-corruption instrument. The Convention's far-reaching approach and the mandatory character of many of its provisions make it a unique tool for developing a comprehensive response to a global problem. The UNCAC covers five main areas: prevention, criminalization and law enforcement measures, international cooperation, asset recovery, and technical assistance and information exchange. The UNCAC covers many different forms of corruption, such as trading in influence, abuse of power, and various acts of corruption in the private sector.