'It's a crime': Migrant Smuggling 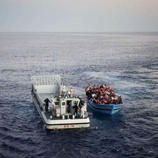 13 January 2015 - The International Organization for Migration (IOM) estimates that in the first nine months of 2014, at least 4,077 migrants died while being smuggled abroad. This is 70 per cent higher than the recorded deaths for the whole of 2013.

Profit-seeking criminals exploit the lack of legal opportunities available to migrants and take advantage of their situation by offering services at great cost, including transport and document fraud.

In the run up to the 13th United Nations Crime Congress this April, we are highlighting different crimes, showing their impact on development and how vital it is to tackle them in order to achieve sustainable development. In January 2015 we are focusing on migrant smuggling, outlining the scale of the problem and telling its transnational story.

Migration is a positive force for development. Yet, when migration is organized illegally by criminal groups for profit, its effect may be outweighed by the negative impact of transnational organized crime and corruption.

Migrant smuggling is one of the many transnational crimes that will be discussed at the 13 th United Nations Congress on Crime Prevention and Criminal Justice in Doha, Qatar. Held from 12 to 19 April 2015, the Congress will bring together governments, policy-makers and experts to share their experiences and intensify international cooperation in tackling the threat of transnational organized crime. As the international community continues to discuss the post-2015 development agenda, the Crime Congress will focus on the links between security, justice and the rule of law, and the attainment of a better, more equitable world.