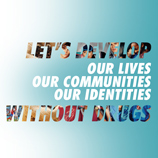 21 July 2015 - Every year on 26 June, the network of offices UNODC has around the globe observe World Drug Day by organizing different events in conjunction with the local communities and Governments. On this occasion, people from regions as diverse as Latin America, South Asia, West Africa and the Middle East voiced this year's message: a balanced approach to confront drug supply and drug demand is fundamental. Moreover, the importance of alternative sources of income for farmers who cultivate illicit crops was raised, as this promotes environmental protection, supports communities affected by other forms of crime - such as wildlife and forest crime - and empowers women. Below is a selection of some of the many events that took place this year across the globe.

West Africa: focus on victims of drug use and infectious diseases 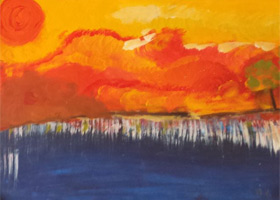 Across West Africa, UNODC with Government and civil society partners organized a series of events during the month of June. In Senegal, authorities incinerated almost two tons of drugs. In addition, UNODC officials made a visit to the Fann Hospital's Dakar Centre for Addictions ( Centre de Prise en Charge Intégrée des Addictions de Dakar, in French). Originally designed for intravenous drug users - who are considered the most at risk in acquiring infectious diseases like HIV and hepatitis C - this medical centre also treats people addicted to other psychoactive substances. 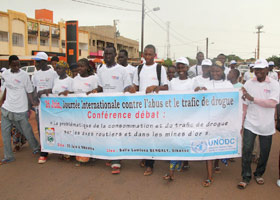 In Mali, a series of events organized on World Drug Day drew attention to the illicit trafficking and drug consumption patterns in the gold mining and road transportation industries. Workers in both categories have a high degree of exposure to drugs due to their stressful and physically demanding working conditions. 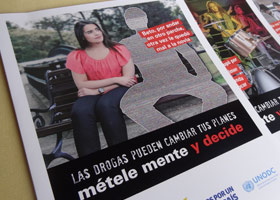 In the Colombian city of Medellín, UNODC and the local Government joined together to raise awareness on the dangers of drug use by organizing a seminar called 'Experiences and practices to address addictions'. The event was attended by 500 members of the health, education and development sectors in the country. UNODC's Colombia office led a conference on strategies and guidelines to address young people's initial use of drugs, which highlighted the importance of early intervention when youths begin to experiment with drugs. 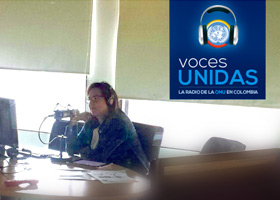 Activities in Colombia related to World Drug Day were promoted on the radio show Voces Unidas ('United Voices', in Spanish), from UN Radio-Colombia. The show had a special broadcast on 26 June, which featured talks with public leaders and civil society organizations discussing the efforts on drug prevention in the country. 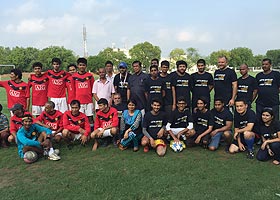 In New Delhi, UNODC organized a football match between members of the drug-using community and representatives of community-based organizations. The friendly, but intense, match brought to the forefront the importance of teamwork and collaboration - where all stakeholders support each other's efforts and work together to reach an ultimate goal. The event also highlighted the importance of a healthy and active lifestyle, echoing this year's theme of development - for our lives, communities and ourselves - without drugs. 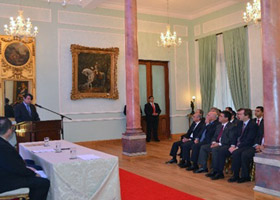 In Asunción, UNODC participated in an event held at the Paraguayan Presidential office, Palacio de López, together with President Horacio Cartes, Government ministers and members of the diplomatic community in the country. Marking World Drug Day, the event also served to launch the work towards the National Policy on Drugs for Paraguay. This activity is led by the National Anti-Drug Secretariat with technical assistance from UNODC. 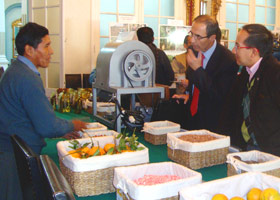 During an event at the Bolivian Foreign Ministry on World Drug Day, UNODC highlighted some of its most important Alternative Development projects, which give former coca leaf farmers licit sources of income. An example of this strategy is Jatun Sach'a (which in the Quechua language means 'big tree'), a project aimed at developing agroforest production systems which combine seasonal or perennial crops with native forest species. This method helps counter soil erosion while aiding in the fertilization and the maintenance of productive capacity. The best example of this combination is shade-grown coffee, but also includes cocoa, rubber and other forest crops. UNODC later invited participants to taste coffee-based pastries from Jatun Sach'a and listen to expert coffee growers.

Iran: tackling drug use and trafficking 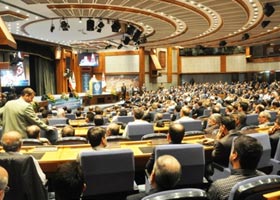 In a ceremony held in Tehran to mark World Drug Day, the Iranian Interior Minister and Drug Control Chief, Abdolreza Rahmani Fazli, read a message from the country's president, Hassan Rouhani, noting that the World Day was a good opportunity to raise awareness about the harm of drug use among young people. As Iran borders Afghanistan, a major source of drug production, the country is at the forefront of efforts against the threat of drug trafficking. At the event, certificates of acknowledgement and gifts were presented to the surviving family members of those who gave their lives or were rendered disabled in trying to stop armed drug traffickers.