In Nigeria, UNODC works to promote respect for human rights during terrorism prosecutions 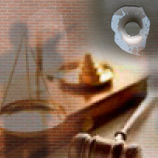 13 October 2015 - Terrorism continues to pose a major threat to international peace and security and undermines the core values of the United Nations. It has a devastating human cost, in terms of lives lost or permanently altered, and aims to destabilize Governments and disrupt economic and social development. In order to effectively combat terrorism, UNODC believes that respect for human rights and fundamental freedoms is critical: effective counter-terrorism measures are complementary to the respect for the rule of law, human rights and fundamental freedoms which must ultimately be pursued together as part of States' duties to protect individuals within their jurisdiction.

In line with this, UNODC works in many countries to mainstream human rights standards into all aspects of its counter-terrorism related legislative assistance and capacity-building work. These activities support countries in ensuring that domestic counter-terrorism measures are fully compliant with human rights standards and founded on the rule of law. In this context, a Nigeria-UNODC partnership has been delivering specialized training to police investigators, prosecutors and judges. Meanwhile, a training for defence lawyers complements the on-going rule of law-based criminal justice responses to terrorism in the country, delivered by UNODC.

Recently, a group of Nigerian advocates met for an intensive three-day workshop in the country's capital, Abuja, where they were joined by defence lawyers with experience in defending terrorism suspects from Kenya and the United Kingdom, as well as by Nigerian and UNODC experts.

The participants covered a range of complex issues regarding the arrest and detention of terrorism suspects, their right to consult with a legal practitioner, and the use of statements obtained in violation of rights as admissible evidence. The training culminated in a mock hearing before a Nigerian Federal Appeals Court judge, in which participants argued the prosecution and defence sides of a case where a terrorism suspect disowned self-incriminating statements previously made to the police, alleging that they had been extorted under duress.

In addition to technical legal questions, participants grappled with ethical issues arising in the defence of terrorism suspects. They discussed how to reconcile loyalty to their country under attack from terrorist organizations with the right of all persons accused of a crime, including terrorism suspects, to be assisted by legal counsel, as enshrined in national and international law. Another challenge highlighted by participants was that, in defending terrorism suspects, lawyers would be met by incomprehension from their communities and place at risk their reputation as well-respected members of the community.

The event, organized by UNODC and the Nigerian Bar Association, was based on customized training modules for Nigeria on human rights aspects of the investigation, prosecution and trial of terrorism cases developed by UNODC in partnership with the Nigerian Institute of Advanced Legal Studies.

To round up its work in this field, UNODC coordinates closely with other United Nations organizations through participation in the Counter-Terrorism Implementation Task Force Working Group on Protecting Human Rights while Countering Terrorism and has a strong partnership with the Office of the High Commissioner for Human Rights.