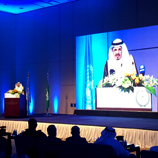 7 December 2016 - Member States have recognized the importance of the regional level in international drugs control. The recent United Nations General Assembly Special Session on the world drug problem (UNGASS) as well as the Third Committee of the General Assembly dealing with Social, Humanitarian and Cultural Affairs encouraged the Commission on Narcotic Drugs (CND) to strengthen its subsidiary bodies.

In this context, meetings of Heads of National Drug Law Enforcement Agencies (HONLEA) and of the Subcommission on Illicit Drug Traffic and Related Matters in the Near and Middle East were held this year from September to November, and included additional working groups to discuss cross-cutting issues identified in the UNGASS outcome document at the regional level, and to facilitate informal discussions and exchanges of views on those matters.

"The regional level is key to a successful follow-up to the UNGASS 2016. The HONLEA meetings provide for an excellent opportunity for the exchange of information, good practices and lessons learned among national practitioners from different fields and at all levels", said Ambassador Pedro Moitinho, the facilitator for the post-UNGASS process, in his remarks concluding the October CND thematic discussions.

The post-UNGASS working groups were organized in different themes, such as mainstreaming gender perspectives in drug-related policies and programmes, promoting practical measures tailored to the specific needs of children and youth to prevent and treat drug abuse among them and to address their involvement in drug-related crime, and promoting measures to ensure the availability and accessibility of internationally controlled drugs for medical and scientific purposes.

Drawing on the regional experiences and expertise, contributions made at those meetings also feed into the ongoing efforts of the CND to put into practice the recommendations contained in the UNGASS outcome document.

These meetings additionally serve as a forum for national practitioners to share information on various aspects of the drug problem in their respective regions, and exchange expertise and best practices. The practical recommendations adopted by the HONLEA meetings and the Subcommission will be brought to the attention of the CND at its session in March 2017.