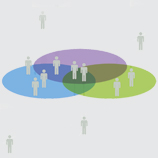 2 December 2016 - Today is the International Day for the Abolition of Slavery. To effectively address this very contemporary crime while marking the Day, UNODC and the Walk Free Foundation (WFF) announced the signing of an agreement that will enable both organizations to work together to estimate the number of victims of human trafficking.

Drawing on work undertaken by both organisations to develop new ways to measure these hidden crimes, the agreement entails using a common, innovative methodology and team to develop estimates of human trafficking for an initial four European countries. This will provide much needed prevalence data on human trafficking at the national level and will also build relevant knowledge about how to measure this serious crime. Both of these aspects are key to the achievement of the Sustainable Development Goals.

The methodology is known as "multiple systems estimation". This method uses an adaptation of the statistical method 'capture-recapture', commonly used to estimate the size of an unknown population. The methodology has recently been applied to measure trafficking in persons in the Netherlands. Some previous studies estimated that there are between 10,000 to 13,000 victims in the United Kingdom and more than 17,000 in the Netherlands.

While many think such crimes are relics of the past, trafficking and slavery still happen nowadays, and criminals continue to find new ways to exploit the vulnerable ones and extract their labour or services by force. Whether this takes the form of the sexual enslavement of women in conflict areas, exploitation through forced labour on board fishing vessels, trafficking for begging or any of the other forms countries have reported around the world, these crimes are far from being eliminated.

Research Brief: Multiple Systems Estimation for estimating the number of victims of human trafficking across the world