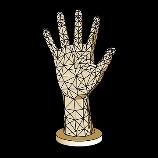 05 October 2016 - This year marks the inaugural Sheikh Tamim bin Hamad Al Thani Anti-Corruption Excellence Award, which is given by the Rule Of Law and Anti-corruption Center (ROLACC) and presented in support of the anti-corruption mandate of UNODC. The initiative, which covers four categories, looks to promote the importance of tackling corruption and encourage the implementation of the United Nations Convention against Corruption.

The Award is designed to showcase creative and outstanding achievements of anti-corruption projects from across the globe and publicly acknowledge these exceptional efforts. Ultimately, it acts as a tool to honour those who have shown dedication to tackling corruption, and use this to inspire others to replicate similar efforts.

With submissions closing on Sunday 23 October 2016, nominations are now open across the four categories:

For more on the Award and details on applying, please visit www.aceaward.com.

Rule Of Law and Anti-corruption Center