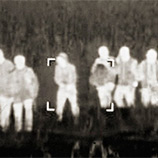 12 April 2017 - In partnership with Greece's National Rapporteur on Trafficking in Human Beings, UNODC held in recent days two national anti-trafficking in persons workshops aimed at strengthening coordination of the different actors involved in the identification and investigation of human trafficking cases in the country. The gatherings, held in Athens (3-4 April), and Thessaloniki (6-7 April), brought together over 60 participants from the Hellenic Police, the Public Prosecutor's Office, the Asylum Service, the Reception and Identification Service of the Ministry for Migration Policy, the Labour Inspectorate,  the National Centre of Social Solidarity, the State Institute of Training, UNHCR, and a number of NGOs providing services to asylum seekers and victims of trafficking.

The situation and needs of migrants and refugees in Greece, which exacerbate vulnerabilities and risk of falling victims to trafficking, were discussed at length during the workshops. The current state of the efforts carried out by the Office of the National Rapporteur on Trafficking in Human Beings and the National Centre for Social Solidarity to develop a National Referral Mechanism in Greece was particularly addressed.

Speakers underlined the importance of the joint effort to reinforce coordination among all stakeholders providing assistance and protection services to victims or potential victims of trafficking, and those responsible under the Greek legislation for their identification, including government and non-government entities involved in the reception, screening and interviewing of asylum seekers.

Speaking on behalf of UNODC, Ilias Chatzis, Chief of the Human Trafficking and Migrant Smuggling Section, stressed that the international community needs to intensify coordination efforts to address the risk of victimization of vulnerable persons. For his part, Heracles Moskoff, National Rapporteur on Trafficking in Human Beings, presented a snapshot of Greece's response to this crime, and stated that targeted training for all relevant professionals in Greece is needed to fully implement the comprehensive anti-trafficking legal framework, adequately address victims' needs and investigate criminals.

Participants furthermore highlighted that regular interaction and coordination among anti-trafficking counterparts and humanitarian actors are key to addressing trafficking in persons in the current context in Greece, especially regarding the identification and referral of victims. They all expressed the wish that follow-up workshops to strengthen cooperation and mutual understanding of the roles of the players involved be organized by UNODC in the near future.