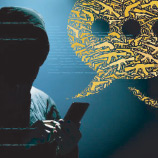 19 December 2017 - Foreign terrorist fighters (FTFs) continue to pose a threat to the international community, with South-Eastern Europe having been identified as one of the regions that remains most vulnerable to the phenomenon.

The manual seeks to provide guidance on international legal instruments against FTF activities and techniques for digital investigation and evidence collection, especially concerning global financial transactions and social media activity. While it is tailored for judicial training institutes in South-Eastern Europe, it can be utilized in any jurisdiction seeking resources to address the FTF threat.

Dolgor Solongo, Officer-in-Charge of the Implementation Support Section 1 of the Terrorism Prevention Branch, said: "UNODC developed this training manual with practitioners, for practitioners, and we hope to adapt it for other stakeholders needing practical guidance in investigating and prosecuting foreign terrorist fighter cases."

UNODC Executive Director Yury Fedotov, said: "These recommendations are aimed at assisting Member States to establish and enhance policies, laws and institutional capacity to provide improved outcomes for victims, while fully respecting the rule of law and rights of accused persons."

The manual is the product of a multi-year project to build the specialized legal capacity of judicial and prosecutorial training institutes in Albania, Bosnia and Herzegovina, Kosovo (under United Nations Security Council resolution 1244 (1999)), the former Yugoslav Republic of Macedonia, Montenegro and Serbia.

Funded by the United States, the publication of the manual and project activities were conducted under the Branch's Global Project on Strengthening the Legal Regime against Terrorism.