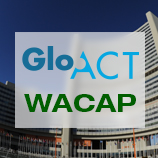 21 December 2017 - In West Africa, as in many other regions, successful prosecution of human trafficking and migrant smuggling cases can be difficult and complicated. Differences in legal systems, institutions and languages as well as serious resource constraints hinder cooperation efforts, thus limiting effective results.

With a view to addressing human trafficking and the smuggling of migrants in the region, UNODC recently hosted a workshop promoting regional cooperation for members of the West African Network of Central Authorities and Prosecutors against Organised Crime (WACAP).  Held in Vienna, the two-day event brought together over 20 participants from eight West African countries: Mali, Niger, Côte d'Ivoire, Burkina Faso, Ghana, the Gambia, Nigeria and Senegal.

In his opening remarks, Ilias Chatzis, Chief of UNODC's Human Trafficking and Migrant Smuggling Section, described the promotion of regional cooperation as essential given WACAP countries' migration links to Mali and Niger for human trafficking and migrant smuggling routes.

The workshop focused on several issues, including core concepts in addressing human trafficking cases; international cooperation instruments such as UNODC's Mutual Legal Assistance Request Writer Tool; and regional cooperation in West Africa. In the discussions, many participants emphasized the need to overcome challenges such as language and legal system differences, as well as complex evidence collection in transnational organized crime cases.

Karen Kramer, Coordinator of UNODC's Serious and Organized Crime Programme, noted that cooperation was critical in obtaining information and evidence, which are necessary to investigate and prosecute cross-border crimes. She highlighted that the WACAP network facilitates coordinated action and the resolution of obstacles.

Throughout the event, national experts called upon WACAP and the UNODC-led Global Actions against Trafficking in Persons and the Smuggling of Migrants (GLO.ACT) to strengthen capacity on evidential basis. This is on the basis that many cases often fail to meet the threshold for conviction due to lack of understanding and capacity of law enforcement and prosecution officials.  National experts also requested further training on the newly updated Mutual Legal Assistance request writer tool.

Representing the European Union Delegation, Lambert Schmidt explained the bloc's new communiqué on trafficking in persons. He underscored the need to disrupt the modus operandi of traffickers, strengthen victims' rights and intensify internal and external efforts to provide a coordinated and consistent response.

UNODC, through its global programmes, supports Member States in their fight against human trafficking and migrant smuggling. The workshop was organized under the framework of GLO.ACT and the Global Programme to Assist Member States to Strengthen Capacities to Prevent and Combat Organized and Serious Crime (GPTOC).

2016 Global Report on Trafficking in Persons

UNODC's work on Human Trafficking and Smuggling of Migrants

The Global Action against Trafficking in Persons and the Smuggling of Migrants (GLO.ACT)