5 July 2018 - Each year on the International Day Against Drug Abuse and Illicit Trafficking, otherwise known as the World Drug Day, UNODC offices around the world organize and take part in local events to mark the observance.

The theme for the 2018 edition of the Day, Listen First - Listening to children and youth is the first step to help them grow healthy and safe, builds on last year's theme. It is an initiative to increase support for prevention of drug use that is based on science and is thus an effective investment in the well-being of children and youth, their families and their communities. 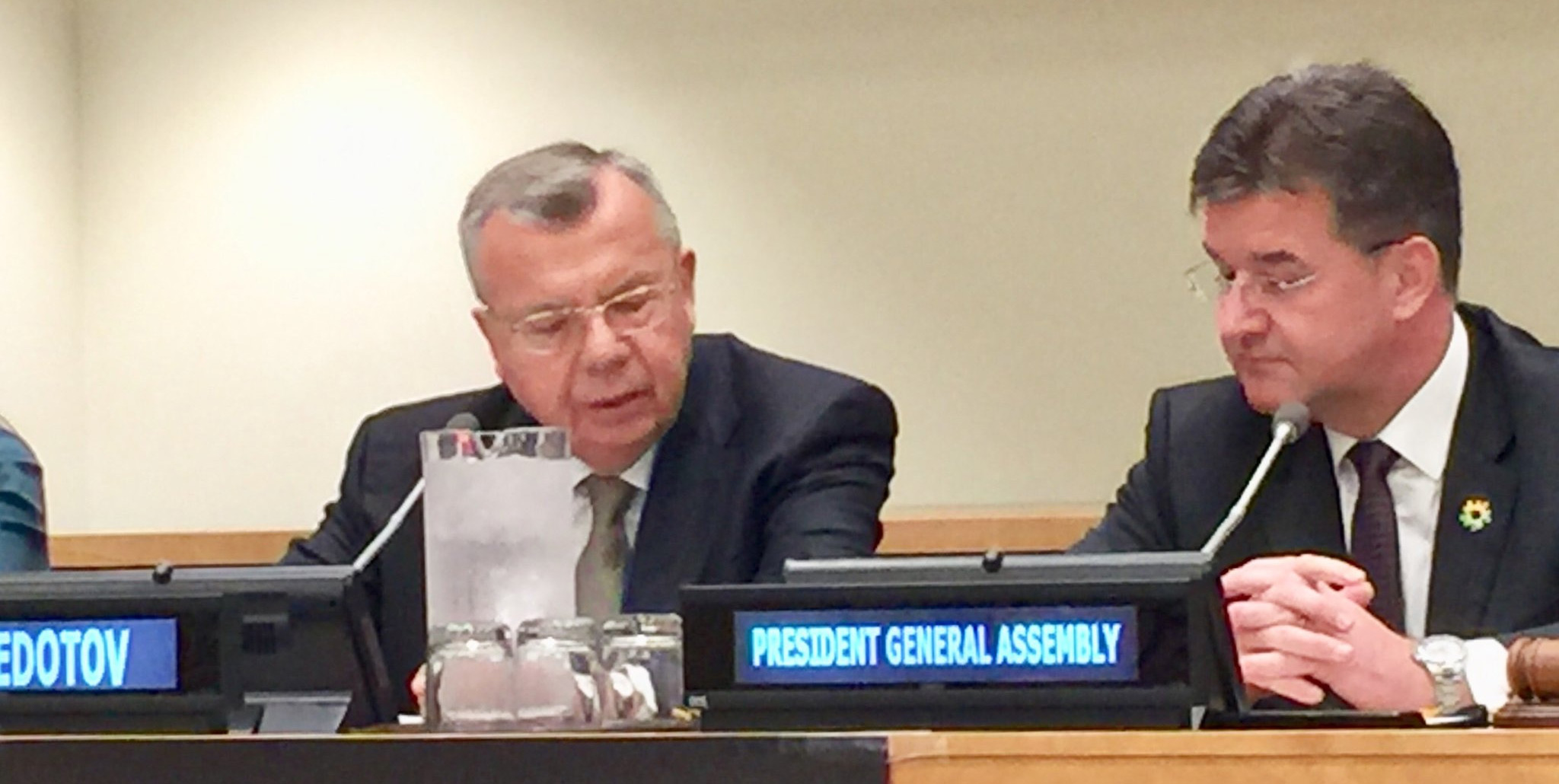 At the United Nations headquarters in New York, UNODC Executive Director Yury Fedotov launched the publication, presenting to a room packed with representatives of Member States. Mr. Fedotov said the publication was "a key pillar of our support, along with assistance to translate international obligations into action and capacity building on the ground to enable effective responses."

Following the report's launch, the UNODC Chief attended the daily press briefing by the Spokesperson for the United Nations Secretary-General and answered questions raised by correspondents.

Kenya: a high-level conference with more than 150 participants

In Nairobi, UNODC Regional Office for Eastern Africa (ROEA) organized a high-level event in partnership with the Government of Kenya and the United Nations Office at Nairobi, hosting over 150 participants from civil society, parliament, the diplomatic community and academia.

With a view to engaging the youth in discussions, ROEA selected 40 legal, social health and criminology students seeking to make a change within their communities.

Speaking at the event, UNODC's Regional Representative Amado Philip de Andrés said: "We need to put people at the core of our actions when addressing drugs. We also need to ensure the availability of policy frameworks and resources dedicated to prevention, treatment and rehabilitation to deliver on these commitments".

South Africa: Young people can make a difference and take action against drugs and crime

Marking the international day, UNODC and the Western Cape Provincial Government hosted an awareness-raising event at the Wesbank Secondary School in Malmesbury, and encouraged community members to support young people to stand up against drugs and crime, and lead positive, healthy lives.

The event reflected this year's theme 'Listen First', putting youth at the centre of development. It was led by young people that have received sport-based life skills training under the UNODC's Doha Programme. As a participating learner remarked: "Sport has made a difference in my life. The coaches showed me that sport was not just about winning. Sport taught me a lot, kept me away from joining a gang or even taking drugs."

Calling for collective action against drug abuse and illicit trafficking, UNODC in South Asia conducted a special interview with three experts from the region. The experts from the business, health and law enforcement sectors shared their perspectives on the issue, emphasizing that "Communication is the key to fight drug abuse."

The "Deep Dive" Dialogues aim to foster an open dialogue between leading change makers and to promote experts' insights on security, justice and health. 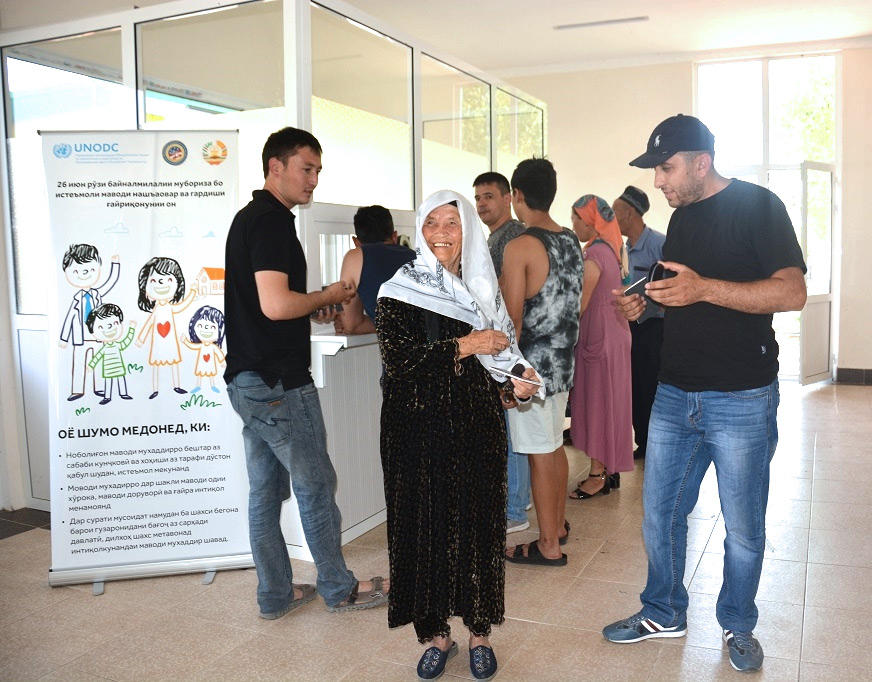 With a view to building strong family relationships, UNODC in Central Asia organized an awareness-raising campaign, targeting passengers travelling through the border crossing points of Kazakhstan, Kyrgyzstan, Tajikistan and Uzbekistan.

Between June 20 and 28, UNODC staff and the law enforcement officers serving on the borders disseminated 12,000 magnets with a text: "Close and trustful relationship with the family reduces drug use by adolescent by 20 % - be a friend to your child! #ListenFirst"

"With this little magnet, we are sending a positive message to thousands of families while motivating parents to listen to their children and spend more time with them," said Yusuf Kurbanov, UNODC's International Programme Coordinator.