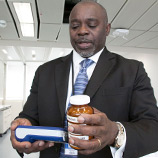 7 March 2018 - Drug abuse and addiction continue to be a public health, developmental and security challenge in both industrialized and developing countries. Among growing concerns is the opioid crisis as recent years have seen a sharp rise in related overdose deaths, mainly in North America and, to a certain extent, in Europe.

Speaking on the topic, Justice Tettey, Chief of the UNODC Laboratory and Scientific Section, said: "Efforts must focus on early warning systems, prevention by risk communication, legislative responses, capacity building and supply reduction. These steps will help address the opioid crisis and prevent the next epidemic."

According to statistics, around 64,000 people in the United States died of an overdose in 2016: more deaths than from gun homicides or traffic accidents. The number of opioid prescriptions dispensed by doctors in the country reached 236 million in 2016.

While the challenge posed by these fatalities remains complex, more evidence is emerging about the role fentanyl and its analogues in the current crisis. Last year, Canada reported that 65 per cent of all analysed heroin samples contained fentanyl or one of its analogues.

Mr. Tettey emphasized the need to make opioids available for medical and scientific purposes, while preventing their abuse. Although fentanyl is safe in a hospital setting, the recreational use of products containing this substance might lead to fatalities, he cited.

Later this year, UNODC will train frontline law enforcement officers and forensic scientists of 18 countries in Latin America and the Caribbean and deploy a number of handheld Raman drug field identification devices to identify the most harmful, prevalent and persistent substances, including synthetic opioids. The Office is actively working with 270 forensic labs in 80 countries around the world to ensure that these laboratories provide quality analytical support to national law enforcement efforts and health interventions.

With a view to raising awareness, UNODC communicates the risks to the public. In 2017, UNODC's Laboratory and Scientific Section released two Global SMART Updates, respectively, on " Non-medical use of benzodiazepines: a growing threat to public health" and " Fentanyl and its analogues - 50 years on".

To counter emerging synthetic drug threats, including those presented by the opioids, UNODC is working with a number of countries, including Australia, Canada, Finland, Japan, New Zealand, Republic of Korea, Russian Federation, United Kingdom and the United States, through its Early Warning Advisory on new psychoactive substances, to enable the timely identification of such threats and the enhancement of the capacity of Member States to address these threats.