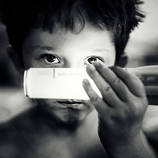 The current wave of terrorist and violent extremist groups and the phenomena of Foreign Terrorist Fighters (FTFs) pose new challenges to countries in Africa. Indeed, the event brought together practitioners working in Kenya, Nigeria, and Niger to raise the pressing challenges encountered in the field and to discuss strategies enhanced to prevent, rehabilitate, reintegrate the children involved or otherwise affected by terrorist and violent extremist groups, and facilitate the development of appropriate justice responses to this phenomenon.

In her opening remarks, Charity Kagwi-Ndungu, Head of Criminal Justice and Anti-Corruption Pillar, UNODC Regional Office for Eastern Africa, highlighted the major challenge posed by FTFs, the children associated with them, and how the criminalization of terrorism-related offences to address this issue had exposed children "to further violations of the rights even after their alleged association with the groups."

The moderator, Honourable Lady Justice Martha Koome, Judge of the Court of Appeal and Head of the National Council on the Administration of Justice Special Task Force on Children Matters in Kenya, recognized that "if children are recruited and exploited by terrorist and extremist groups it is because society has failed them."

Masood Karimipour, Chief of the UNODC Terrorism Prevention Branch, acknowledged that the United Nations and the African Union have duties towards these children "at the familial, societal, State and international level to ensure that there are proper prevention mechanisms, effective justice responses and comprehensive rehabilitation and reintegration programmes available to ensure that these children are able to assume constructive roles in society."

Justus Muthoka, Department of Children's Services in Kenya, noted the importance of viewing the child's circumstances in a social and economic lens, while Fatima Raji, International Federation of Women Lawyers (FIDA) in Nigeria, set out the particularly vulnerable situation of girls in this context and why their needs must be assessed differently from those of women and boys, especially in terms of rehabilitation and reintegration.

The UNODC Roadmap combines effective prevention of, and responses to, violence perpetrated against children, while at the same time protecting society from the threats associated with terrorism and violent extremism. Abdoulaye Roro, magistrate, prosecutor of the Tribunal de Grande instance in Diffa, pointed out that these children should be treated no differently to other children in conflict with the law. Further, Ahmadu Mainasara, Deputy Director of Public Prosecutions, Federal Ministry of Justice in Nigeria, underscored the necessity of prosecuting the groups and not the children who are primarily victims of the recruitment process.

One of the key principles underpinning the Roadmap was stressed by Dayan Farias Picon, UNODC Crime Prevention and Criminal Justice Officer namely, "there is no dichotomy between security interests and child rights. In fact, the two are complementary and should be applied concomitantly."

The event allowed UNODC to collaborate with practitioners in the region on how to deal with children associated with these groups. This phenomenon requires the international community's collective commitment and efforts to stop perpetrators of child recruitment and ensure that children are better served and protected by the justice system.

Handbook on Children Recruited and Exploited by Terrorist and Violent Extremist Groups: the Role of the Justice System   Arabic,  English,  French,  Russian

UNODC End VAC Press Folder information about the UNODC's work in this area and the training toolkit.