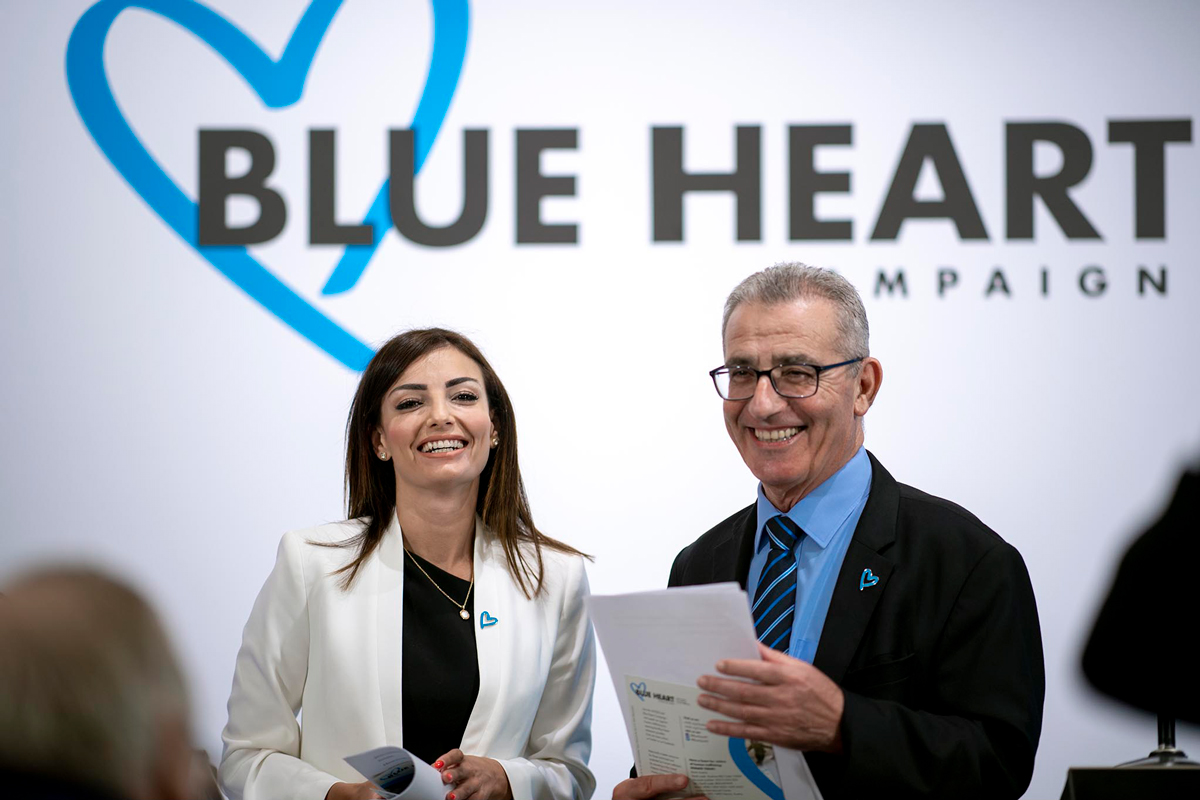 Valletta (Malta), 6 August 2020 – On the occasion of the World Day against Trafficking in Human Beings, which is marked every year on 30 July, the Minister for Foreign and European Affairs of Malta Evarist Bartolo and Parliamentary Secretary for Equality and Reforms Rosianne Cutajar announced Malta’s partnership in the ‘Blue Heart Campaign’ of the United Nations Office on Drugs and Crime (UNODC), during a press conference on 28 July.

Through this partnership with UNODC, Malta will make its second contribution of €10,000 to the United Nations Voluntary Trust Fund for Victims of Trafficking in Persons, totalling the country’s contribution to €30,243.  Malta also engages in a number of local initiatives aimed at raising awareness of this social scourge.

Lockdowns, travel restrictions, lack of resources, and other measures to curb the spread of COVID-19 are increasing the risk for victims of trafficking, such as women and children, to be trafficked for sexual or labour exploitation as well as for the recruitment of child soldiers, while organised criminal networks continue to take advantage of this situation.

Parliamentary Secretary Rosianne Cutajar spoke on the importance of raising awareness about human trafficking. She held that Malta is not alien to this crime, and thus it is crucial that people are informed about this reality.

Statistics show that in Malta the majority of victims are women who are exploited for work and prostitution purposes. In this context, she reiterated the government’s commitment to work hard against human trafficking and to pursue the fight against this heinous crime which violates fundamental human rights.

Minister Bartolo recalled the actions undertaken by Malta at the international level to counter human trafficking, such as its endorsement of the Call to Action to End Forced Labour, Modern Slavery, and Human Trafficking, launched at the UN General Assembly in 2017, and Malta’s ratification of the 2014 Protocol to the 1930 Forced Labour Convention, which was presented to the International Labour Organisation last year. This confirms Malta’s commitment to continue the fight against forced labour, to protect victims, and to provide them with access to remedies.

The Blue Heart Campaign, which Malta officially joined on the 23rd of July, is an international awareness campaign intended to enhance global efforts to combat and prevent human trafficking and its impact on society. Thirty-two countries have joined the Campaign to date. The Blue Heart is increasingly recognised as the symbol against human trafficking representing, on the one hand, the sadness of the trafficked, and on the other the cold heart of the traffickers.