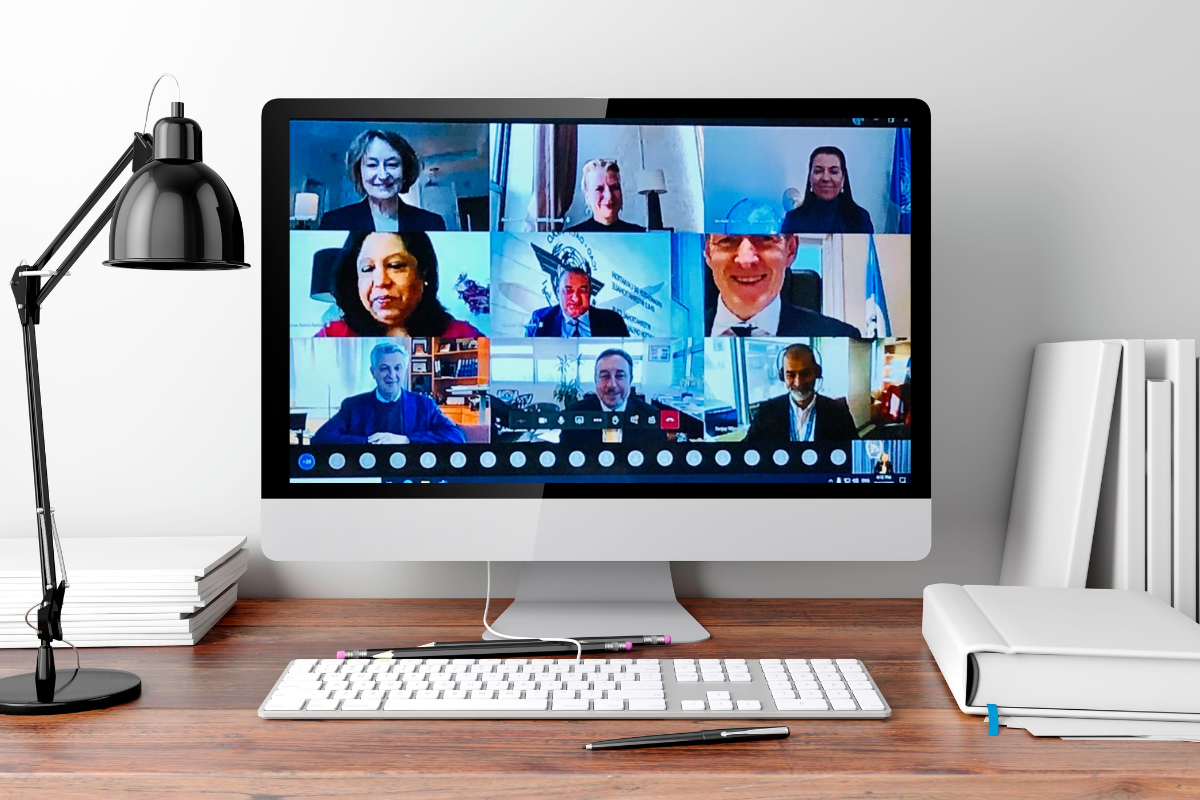 Vienna (Austria), 15 December 2020 — The vital role of inter-agency partnership to tackle trafficking in persons was reinforced today, during a meeting of over 20 international organizations which agreed on a plan of action to combat this global crime.

Principals of the Inter-Agency Coordination Group Against Trafficking in Persons (ICAT) the UN’s leading policy forum to address human trafficking which is coordinated by the United Nations Office on Drugs and Crime (UNODC), met for the second time since the platform was established in 2007.

During the virtual meeting, members reflected on the achievements and challenges of the UN Trafficking in Persons Protocol, which this year marks its 20th anniversary, and endorsed a joint ICAT Action Plan.

UNODC Executive Director Ghada Waly highlighted the importance of networks like ICAT in confronting complex issues like trafficking in persons, particularly in times of crisis: “The global COVID-19 pandemic and economic downturn have left many more children, women and men at risk of being trafficked.”

“Coordinated responses are needed to stop traffickers from exploiting the vulnerable, and ICAT supports effective action by bringing together agencies with diverse mandates and expertise, and offering a platform to exchange information and develop solutions.”

The meeting also focused on the misuse of technology and the internet to facilitate human trafficking, as well as the possibilities for using technology to help identify traffickers and gather digital evidence.

ICAT members have launched several initiatives to increase advocacy and policy guidance in identifying key areas of concern and developing responses to address the impact of COVID-19 for victims and survivors.

ICAT’s Analytical Review of the UN Trafficking in Persons Protocol shows that there has been ‘significant progress’ over the past two decades towards understanding and addressing the crime.

The near universal ratification of the UN Protocol has provided an international framework that facilitated the adoption of national legalisation to combat the crime and protect its victims.

At the same time, despite sustained effort on the part of the international community, trafficking in persons remains endemic and the numbers of convicted perpetrators are still low.

UNODC’s latest findings on global trafficking trends show alarming data. Trafficking in persons remains pervasive in our societies, and no country is immune as either a country of origin, transit or destination of victims. Half of detected victims of trafficking are women, and one third are children.

Despite variations across geographical areas, trafficking for the purpose of sexual exploitation remains the most detected form of trafficking in persons worldwide.

“We believe it is fundamental to move beyond awareness raising and look more deeply into the root causes of exploitation, including its linkages with migration, decent work, education, poverty, and gender inequalities,” said UN Women Executive Director, Phumzile Mlambo-Ngcuka and ICAT Co-Chair 2019-2020.

UN High Commissioner for Refugees, Filippo Grandi, noted “there is a growing body of evidence demonstrating that displacement, compounded by the protection and socio-economic impacts of the COVID-19 pandemic, can lead to an increase in trafficking of people. Countering trafficking requires coordinated action”.

“We look forward to continuing our work with ICAT members and partners in 2021 to fight the scourge of trafficking, including of displaced and stateless people,” he added.

ICAT’s priority areas, which were endorsed by all members, include addressing the core drivers of human trafficking to reduce vulnerability and discouraging the demand that fuels human trafficking.

“If we want to end trafficking, we have to address it at its roots by countering the demand for goods and services produced by trafficking victims,” said Valiant Richey, OSCE Special Representative for Combating Human Trafficking and current ICAT Co-Chair together with UN Women.

“ICAT has shown it can lead on important topics. Tackling the demand that fuels trafficking, in line with the Trafficking in Persons Protocol, is the next frontier in the fight against trafficking,” he added.