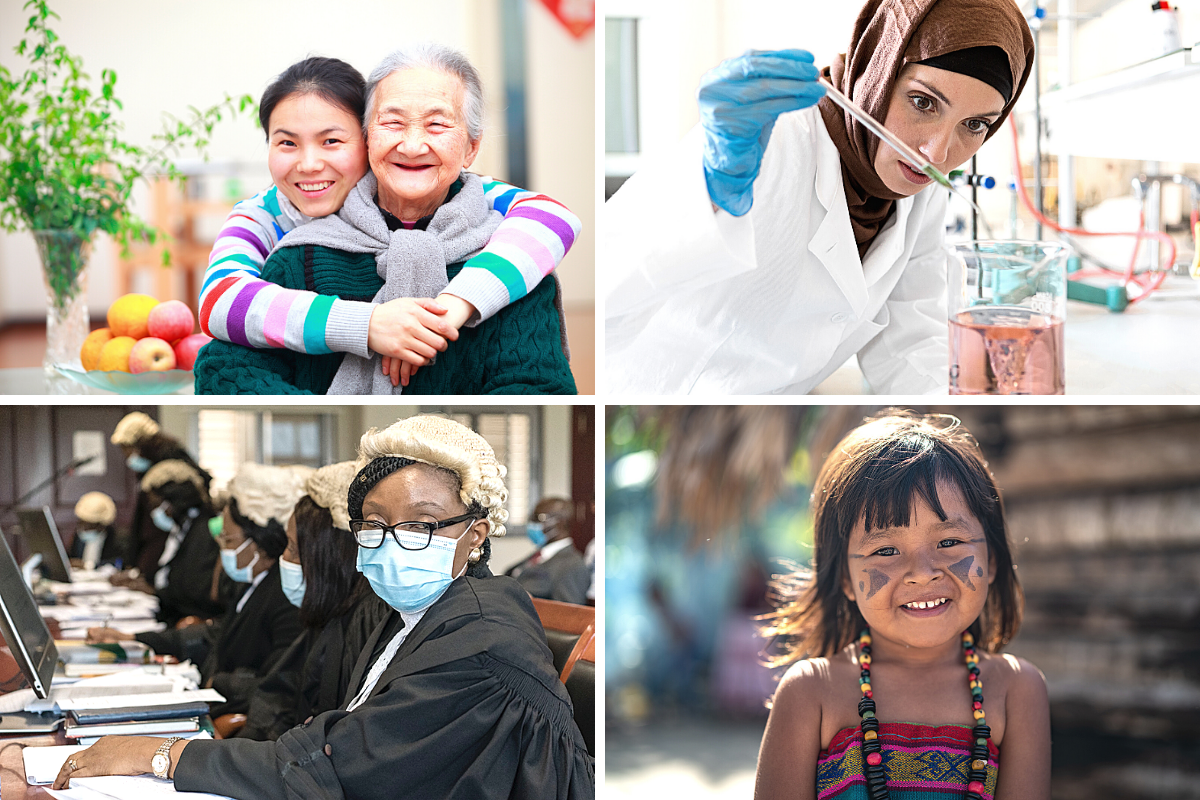 Vienna (Austria), 30 December 2020 – The prevalence of gender-based violence is a threat to peace and security worldwide. Recent data indicates that 1 out of 3 women have experienced sexual and other forms of violence during their lifetime.

Gender-based discrimination in the criminal justice system continues to pose a significant obstacle to promoting the rule of law and ensuring equal access to justice for all. This problem disproportionately affects women, who still face significant barriers in accessing justice; whether they are victims, witnesses, alleged offenders or prisoners.

UNODC remains strongly committed to the task by promoting gender equality and the empowerment of all women and girls through its programmes, while fighting against gender-based discrimination in the criminal justice system and gender-based violence.

A wide range of activities are regularly implemented worldwide alongside equally committed UNODC partners –namely governments, civil society, international organizations and the public– to support Member States in their efforts.

UNODC’s programmes have served to combat the scourge of violence against women and girls in all its forms – criminality targeting women, sexual violence, human trafficking and many more. That is why, to close a successful year in placing gender front and center of its agenda, the Office would like to feature a handful of its successful global initiatives:

In Tunisia, the Ministry for Women, Family, Children and Elderly Affairs –in collaboration with UNODC and partners– organized the international forum “Sustainable Development Goals from a gender perspective: Tunisia’s post-COVID-19 Priorities”, where UNODC hosted a special session on criminal justice responses to gender-based violence.

The event highlighted Tunisia’s efforts to support women’s rights during the ongoing COVID-19 pandemic. The resulting discussions shed light on the additional challenges posed by the ensuing health crisis, which threaten the nation’s timely attainment of the Sustainable Development Goals (SDGs). The crowning achievement of this event was the creation of a national Observatory of Violence Against Women and Girls, that will pave the way for Tunisia to reach SDG5.

Meanwhile, in El Salvador, UNODC implemented a new phase of the project “Strengthening the Implementation of Case-management toolkit for Forced disappearances and Torture of Women, Men, and Youth Related to Organized Crime Cases in El Salvador”, promoting new tools for victims of organized crime, with a gender perspective.

“In the central American region, this crime is being committed by organized crime groups and by other individuals with grave consequences. It implies multiple violations of human rights, such as the right to life, integrity, freedom, access to justice, judicial protection and the right to truth,” she added.

The new phase continues to provide authorities with a gender perspective to the handling of disappearances cases, to avoid stereotypical assumptions or actions and ensure that no one is left behind.

The use of technology and new media has always been at the forefront of UNODC’s activities. In Bolivia, Acción Semilla Foundation with the support of UNODC, launched two podcasts and a virtual webinar that combat misinformation; offering new perspectives in health care for drug users and examining gender issues in drug-related incarcerations.

Just some of the topics covered already were the protection of inmates –particularly women– imprisoned for crimes related to drug trafficking, national and international regulations to reduce the high overcrowding in Bolivian prisons and the abuse of pretrial detention. Ms. Luisa Chipana Ubaras, expert in prison reform with UNODC Bolivia, stressed the importance of applying the Nelson Mandela Rules to protect the rights of all inmates, and the Bangkok Rules to protect those of the vulnerable female inmates, who according to Bangkok Rule 56, are “at particular risk of abuse […] in pretrial detention.”

In Bangladesh, UNODC organized a webinar to address the gender dimension of the criminal justice response to terrorism.

“An effective criminal justice response to terrorism must include a gender perspective, adopt an approach based on gender mainstreaming and human rights, and take account of the multifaceted and distinct ways that women and men are involved in, and impacted by, terrorist acts,” explained a UNODC representative who participated in the event.

“Adopting such an approach will both strengthen the effectiveness of the criminal justice response to terrorism and respect for women’s rights in this context.”

Palestine Promotes Accountability in the Prosecution of SGBV Crimes

In Palestine, UNODC continues to work hand-in-hand with the civil police to increase their capacity for holding perpetrators of sexual and gender-based crimes accountable.

In Nepal, UNODC supported the drafting and adoption of a national action plan to implement UNSC Resolutions on women, peace and security. The office also conducted a study to assess the criminal justice response to rape and sexual violence and supported to National Judicial Academy to use and disseminate the UNODC Handbook for Judiciary on effective criminal justice responses to gender-based violence against women and girls.

Looking Towards the Future

UNODC continues to put gender front and centre of its agenda, as it fulfills its mandate of preventing and reducing all forms of violence and abuse while promoting human security; both as a human rights imperative and as a key to development.

The Office continues to protect women’s rights where they are the most vulnerable: within the justice system and as members of law enforcement agencies. It uplifts and supports women, by offering due protection and assistance in matters related to gender-based violence, organized crime, terrorism, or drug use; particularly through capacity-building, awareness-raising, exchanging best practices and introducing tools.