UNODC Joint Event in Viet Nam Engages Youth With Disabilities, Other Partners to Combat Violence Against Women and Children 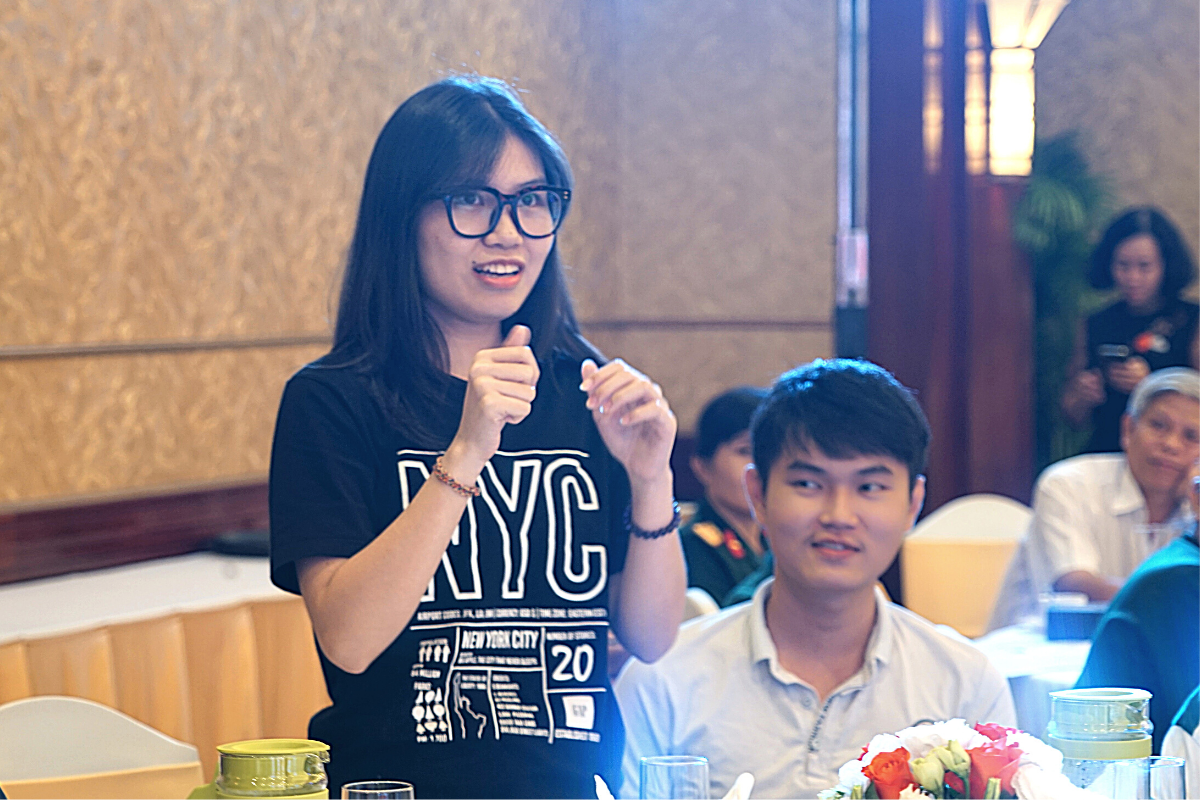 Ho Chi Minh City (Viet Nam), 3 December 2020 – In line with the organization’s approach to achieving meaningful progress for and with persons with disabilities, a United Nations Office on Drugs and Crime (UNODC) joint event in Viet Nam hosted an inclusive set of voices aimed at putting a halt to violence against women and children, especially within the context of the COVID-19 pandemic.

Some 150 Vietnamese youth leaders and officials from government agencies and international organizations took part in the event. By placing an emphasis on accessibility, event participants enjoyed equal opportunities for everyone to raise their voice and have a say. In particular, young people with disabilities showed their enthusiasm and engagement in the discussion, with the help of a professional language interpreter.

The White Ribbon Breakfast was co-organised by the Department of Labour, Invalids and Social Affairs and the Department of Tourism of Ho Chi Minh City, UN Women, and UNODC, in response to the UN’s 16 Days of Activism against Gender-Based Violence campaign and Viet Nam’s action month for gender equality and the prevention of gender-based violence.

The breakfast aimed at encouraging the participation of community as a whole in preventing violence and sexual abuse against women and children.

According to General Statistics Office of Viet Nam in 2020, as many as 63% of Vietnamese married women have experienced one or more forms of physical, sexual, emotional and economic violence and controlling behaviors by their husbands in their lifetime.

The breakfast is part of an annual communications campaign to raise awareness among the public of violence against women and children.

More photos of the event: 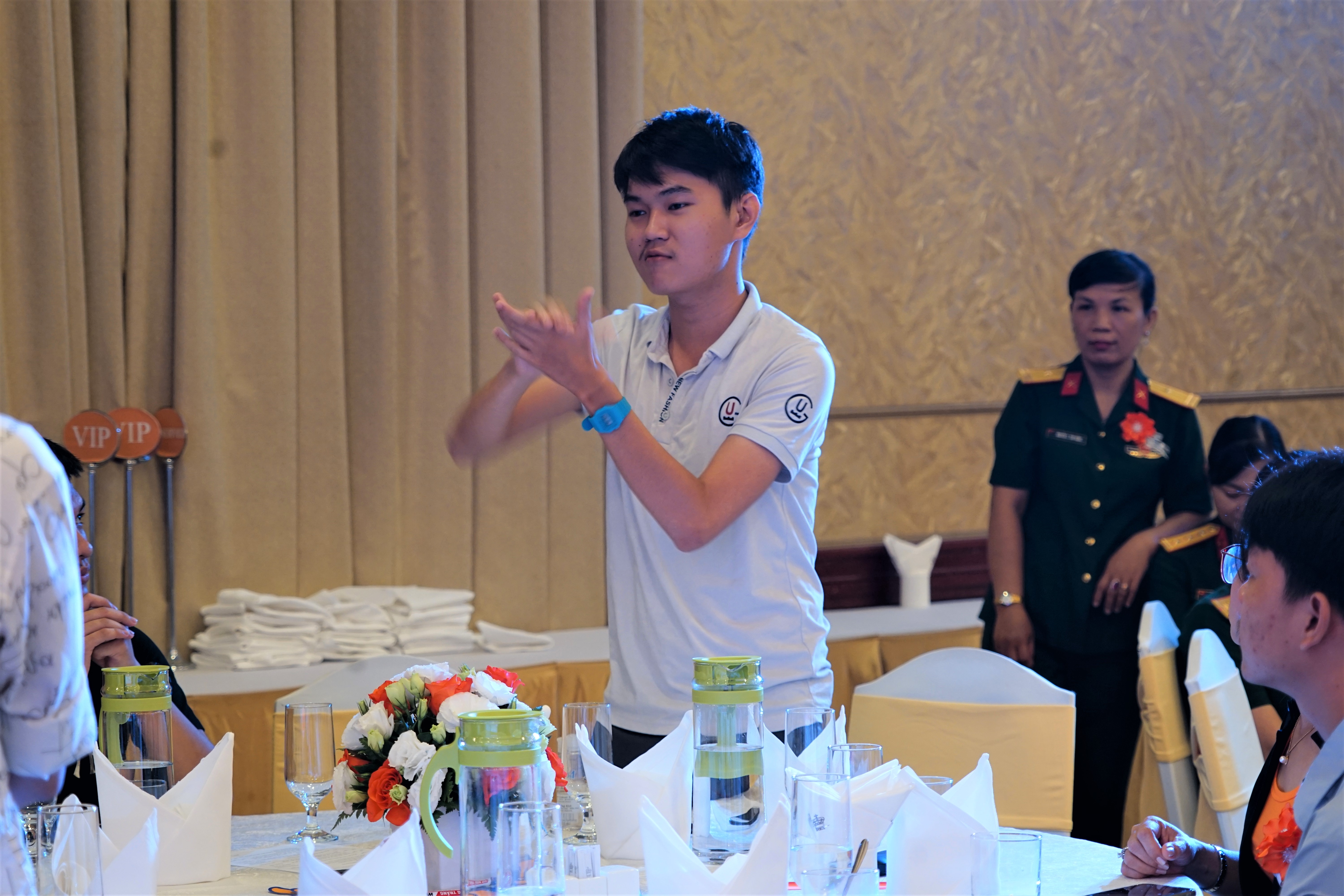 A youth participant enthusiastically claps during the event. 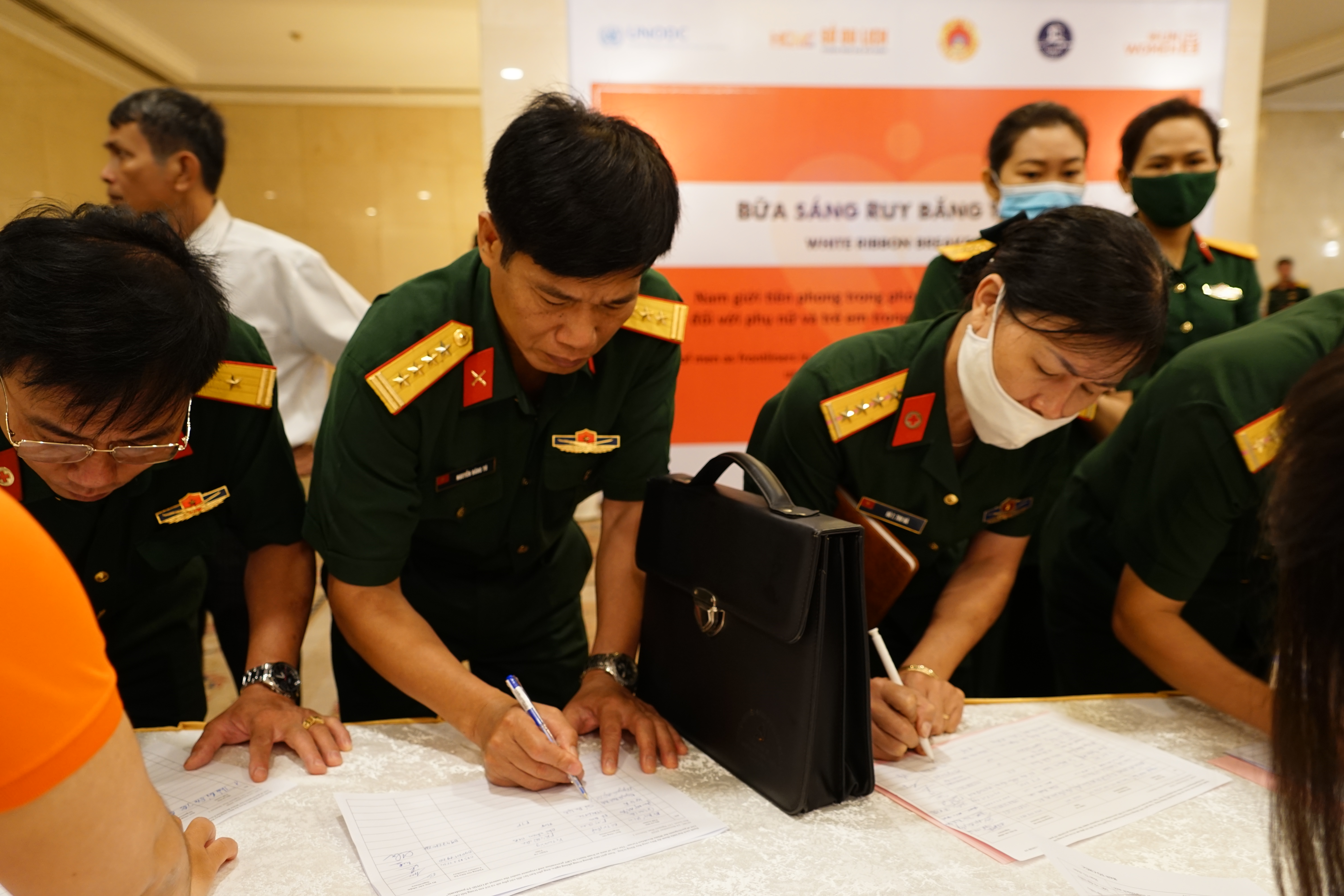 Participants register for the event.