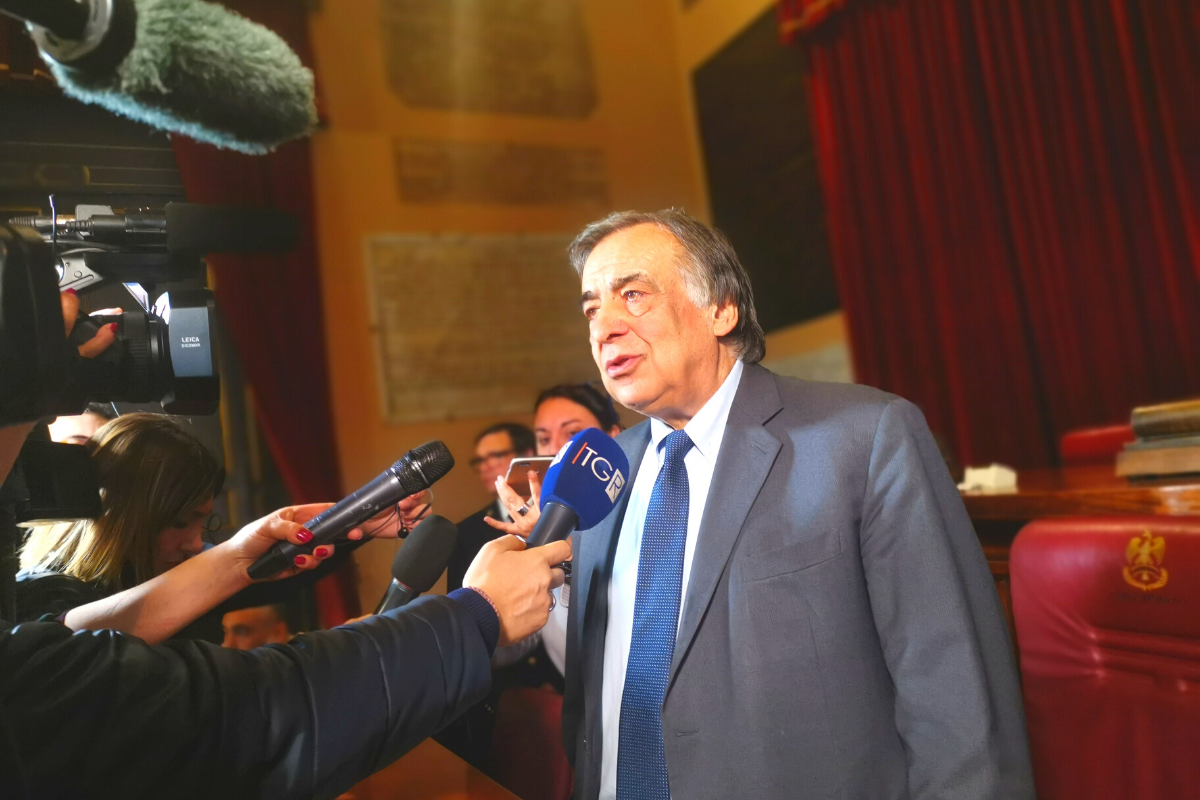 10 December is an opportunity to reaffirm the importance of human rights in re-building the world we want, the need for global solidarity as well as our interconnectedness and shared humanity.

To commemorate the date, the United Nations Office on Drugs and Crime (UNODC) has spoken to Leoluca Orlando, Mayor of Palermo (Italy); who has played a leading role in supporting human rights in Italy by dedicating his life to combating the Italian mafia and organized crime.

Twenty years ago, Mr. Orlando hosted the opening for signature of the United Nations Convention against Transnational Organized Crime (UNTOC) in Palermo.

UNTOC has become an integral instrument in the fight against transnational organized crime – not just for Palermo but for communities worldwide that are still plagued by the many ramifications of these crimes: trafficking in persons, smuggling of migrants, illicit firearms manufacturing, money laundering, corruption and obstruction of justice.

“I could never forget 16 December 2000, when Kofi Annan came to Palermo. I was the mayor of Palermo. I think that the idea of the United Nations, of Kofi Annan, to organize this convention in Palermo was not because Palermo is beautiful, or because the mayor is nice. It was because Palermo demonstrated that change is possible. And to change is not only about law enforcement. The real change in Palermo is the cultural change of the young people in schools. It’s the [student movement]. It’s the protest of the people demanding the respect of human rights. In Palermo, we have showed the world what I call the culture and economy of legality. Not only legal in relation to the law, but legal in relation to human rights, because this is the real alternative to the culture of the Mafia,” he recalls.

In the twenty years that UNTOC has been active as a tool to serve Member States in fighting crime and upholding human rights, much more than the law has changed: the very culture of the victimized communities has evolved alongside it. Law enforcement was not sufficient to combat organized crime in Palermo or elsewhere, explained Mr. Orlando, not when a culture of fear instituted by transnational crime networks like the mafia had seeped into every facet of society.

This is why creating a culture of respect for human rights and the rule of law is necessary; to lay fertile ground on which tools like the UDHR and UNTOC can realize their full potential.

“I hope that the experience of Palermo will be recognized not only for the fight against the Mafia, but for our engagement for human rights,” offers Mr. Orlando. “The real victory is not to say that [a certain] mafia boss is in prison. It’s to say that [they are indeed] in prison and that we understood that the mafia is illegal, immoral and not convenient [for our society]. The respect of human rights is convenient. To respect the right of people to be homosexual or LGTBQ, to respect the rights of migrants […], to respect the rights of children to go to school, is the best alternative to the mafia.”

“Today, it’s not enough to respect the law. We have the ambition to respect human rights,” he adds.

On the 72nd anniversary of the signing of UDHR, we are reminded that it is a milestone document that proclaims the inalienable rights which everyone is entitled to as a human being - regardless of race, colour, religion, sex, language, political or other opinion, national or social origin, property, birth or other status.