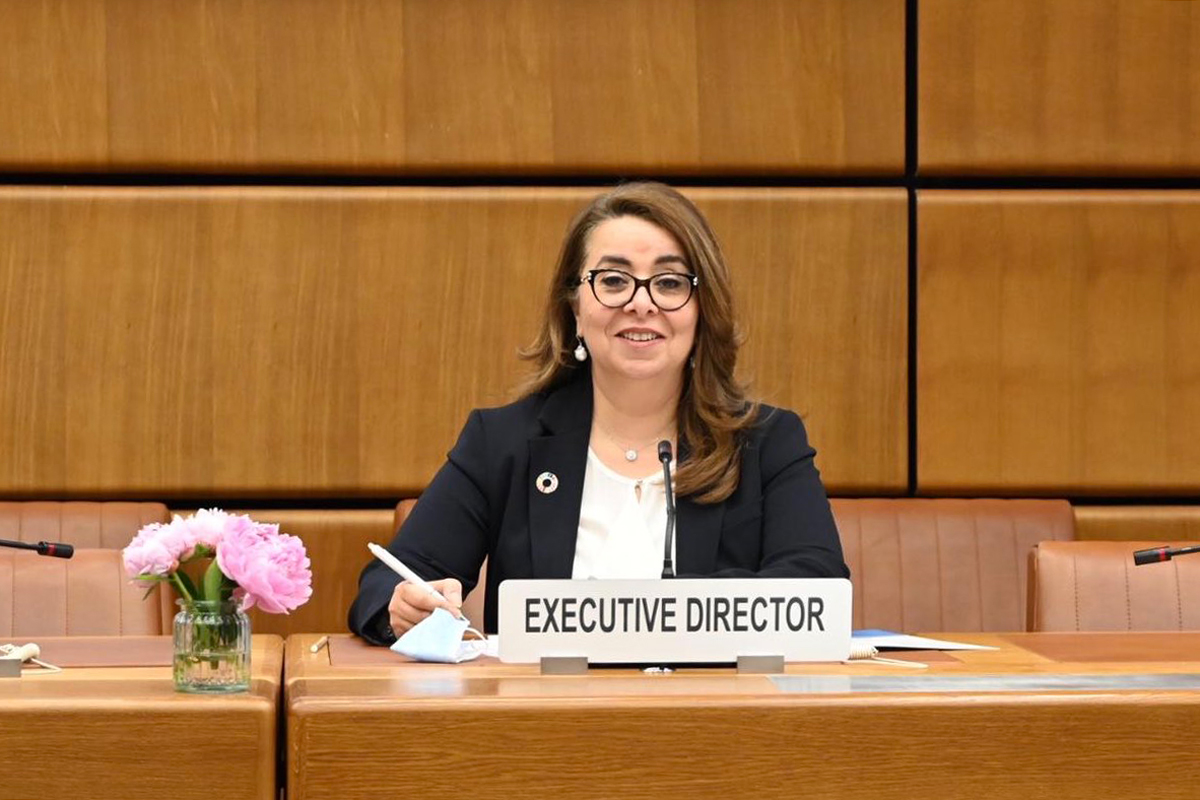 Vienna (Austria), 15 June 2020 – The Commission on Narcotic Drugs (CND) and the Commission on Crime Prevention and Criminal Justice (CCPCJ) hosted a joint virtual high-level special event in commemoration of the twenty-fifth anniversary of the Fourth World Conference on Women and adoption of the Beijing Declaration and Platform for Action.

The Fourth World Conference on Women set out a vision and commitments for achieving gender equality in the Beijing Declaration and Platform for Action. Many of the areas highlighted in the document are central to the work of Vienna-based Commissions.

2020 was intended to be ground-breaking for the accelerated realization of gender equality and the empowerment of all women and girls. With the spread of the COVID-19 pandemic, even limited gains made in the past decades are at risk of being rolled back. The special event was organized with a view to raising awareness for the commitments made in 1995 in Beijing, in particular in relation to the work of the Vienna-based Commissions, and discussing how the COVID-19 pandemic is affecting women and girls and further deepening pre-existing inequalities.

Ambassador Mansoor Ahmad Khan, Chair of the Commission on Narcotic Drugs at its sixty-third session,  stressed, in his welcoming remarks, that “the COVID-19 pandemic has substantial implications for gender equality, deepening pre-existing inequalities and exposing cracks in the current systems across the globe,” underscoring thereby the importance of collecting information on and raising awareness about those implications.

“Collective action needs to be taken to tackle the specific impact of the COVID-19 crisis on women and girls, including with a view to addressing and tackling the rise in domestic violence against women, occurring during the lockdown period”, highlighted Ambassador J. Antonio Marcondes, Chair of the Commission on Crime Prevention and Criminal Justice at its twenty-ninth session.

“A more inclusive world is a more resilient world. Twenty-five years after Beijing, we cannot allow COVID to hinder progress and justice,” said the Executive Director of the United Nations Office on Drugs and Crime (UNODC), Ghada Waly. “In every one of our countries, societies and families, there is a mother, a daughter, a sister who needs us to stand up for her more than ever before. We must fight for her rights in the midst of a global crisis that threatens to destroy past achievements.”

The meeting was also addressed by Nathalie Muylle, Minister of Employment, Economy and Consumer Affairs, in charge of Combating Poverty, Equal Opportunities, and Disabled People, Belgium;  Mher Margaryan, Chair of the Commission on the Status of Women at its sixty-fourth session; Elisabeth Tichy-Fisslberger, President of the Human Rights Council; and Åsa Regnér, Deputy Executive Director of the UN Women.

The UNODC Executive Director welcomed her fellow International Gender Champions, and highlighted UNODC’s work with their countries and other Member States, contributing to gender equality and mainstreaming, and responding to challenges posed by COVID.

Penny Hill from the Vienna NGO Committee on Drugs, and Anna Alvazzi del Frate, Chair of the Alliance of NGOs on Crime Prevention and Criminal Justice, also addressed the meeting. Interventions were made by the Permanent Representatives of Colombia, Norway, Namibia, Costa Rica, Uruguay, Austria, Morocco, Cuba, Peru, as well as representatives from Ecuador, Germany, Australia, Tunisia and Ireland. In addition, a representative from the international Federation of Red Cross and Red Crescent Societies, as well as civil society representatives from the NGO Committee on the Status of Women in Vienna and Action for Justice, made statements.