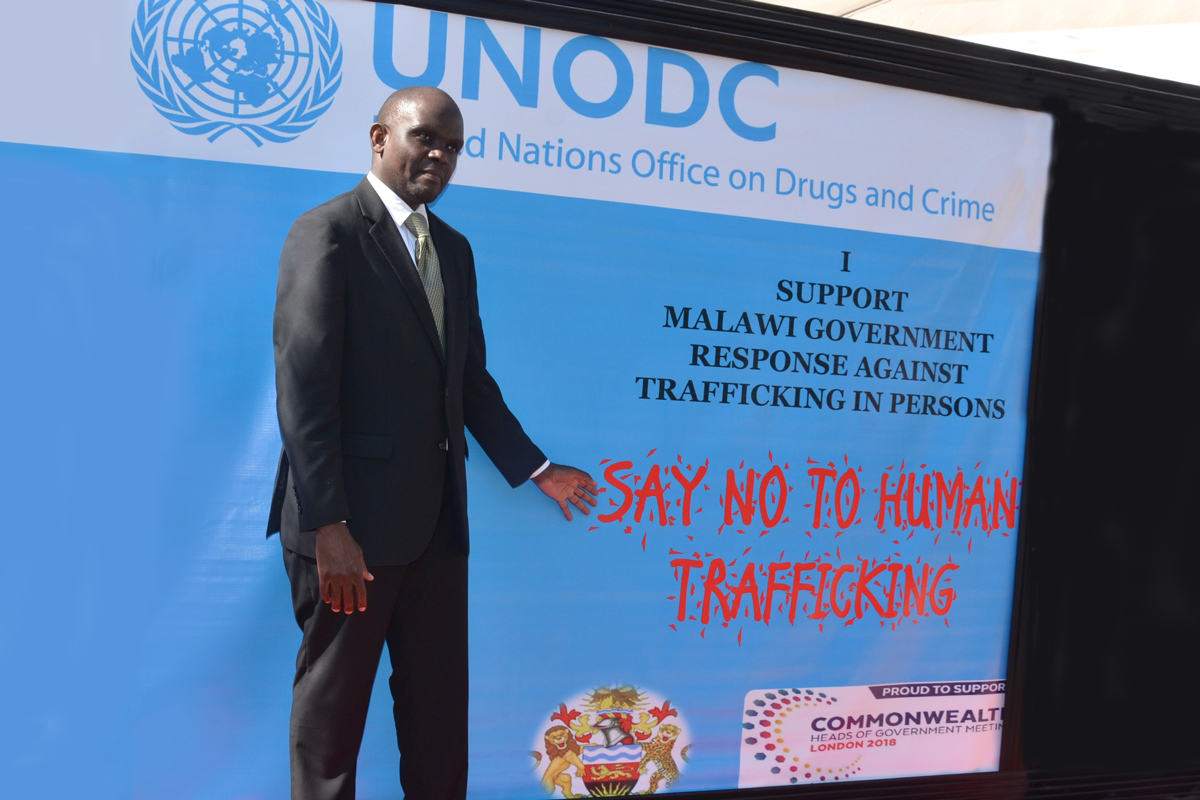 The six men from Nepal believed they were heading to the United States for work. Instead, after a long journey which took them through six countries, they arrived in Malawi. They were locked in a house and their passports were taken away.

A husband and wife were offered lucrative jobs on a tobacco estate in neighbouring Zambia. Once there, they were treated badly, deprived of food and not paid at the end of their contract.

Three girls, with the consent of their parents, accepted work in a restaurant in the capital Lilongwe. But the job turned out to be very different from what they expected - they were forced into prostitution.

All these people were victims of human trafficking.

“In Malawi, traffickers mainly subject teenage boys to forced labour on farms and young women to sexual exploitation in nightclubs or bars,” says Caleb Thole, the Executive Director of Global Hope Mobilization, an organization which works to prevent human trafficking.

“They lure children from their families in rural areas under the guise of employment opportunities, clothing and lodging for which they sometimes charge exorbitant fees,” he adds.

Malawi is also a transit country for victims of trafficking who are taken to other African countries, including South Africa, Tanzania and Mozambique, and to parts of Europe.

“The Government of Malawi accepts that more needs to be done to tackle this crime and there are gaps in the current approach,” says Maxwell Matewere, United Nations Office on Drugs and Crime (UNODC) National Project Officer on Trafficking in Persons. “It also appreciates the expertise that we can offer,” he adds.

Following a request from the Ministry of Homeland Security for support in the implementation of the national Trafficking in Persons Act, which was developed with the assistance of UNODC, Mr Matewere recently spent three weeks mentoring law enforcement officers.

“The on-site coaching took place in Blantyre, Phalombe and Mchinji. These are the regions of the country with the highest prevalence of trafficking,” he says.

During the sessions, the UNODC expert reviewed cases to establish whether the law enforcement and protection officers had followed the correct procedures.

“We did discover that in many cases this had not happened, but it was encouraging to see the commitment of the participants,” says Maxwell Matewere.

“They are all determined to improve on the areas of weakness we identified and learn from our expertise.”

Officials who are responsible for responding to human trafficking, investigating cases, supporting victims and prosecuting the perpetrators took part.

“I learnt about the required standards and procedures we must follow when providing assistance to the victims of trafficking,” explains Stephano Joseph, the District Social Welfare Officer for Blantyre. “So, I will follow these now in my work.”

Caleb Ng’ombo, Coordinator for the Blantyre District Inter-agency Committee against Trafficking in Persons, says there are a number of lessons he learnt during the mentoring including the significance of putting the needs and rights of the victims at the forefront.

“I heard about the importance of supporting the victims to minimize the risks of retraumatizing them, which can happen during criminal proceedings.”

Advice on ongoing cases was also provided, which has already led to positive results.

“I’m receiving reports from some participants who have managed to successfully and properly identify victims of trafficking based on the learnings from the mentorship,” says Maxwell Matewere.

Over the past two years, UNODC, through its Global Programme against Trafficking in Persons and with the support of the United Kingdom, has assisted Malawi in its efforts to combat human trafficking.

National strategies have been strengthened, legal frameworks brought in line with international standards and the country’s system to assist and protect victims has been improved.