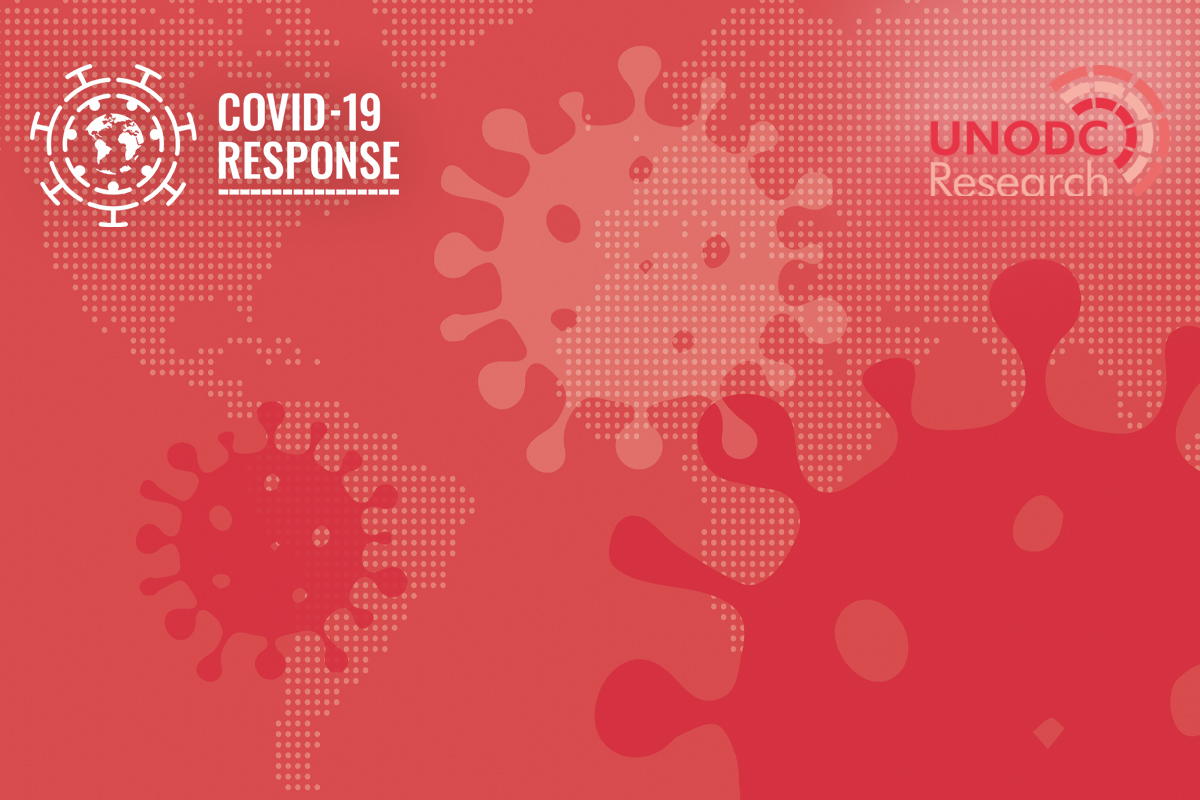 Vienna (Austria), 7 May 2020 – Measures implemented by governments to curb the COVID-19 pandemic have led to drug trafficking routes by air being disrupted, along with drastic reduction or increased interdiction in trafficking routes over land. Some drug supply chains have been interrupted and traffickers are looking for alternative routes, including maritime routes, depending on the types of drugs smuggled. These are some of the findings from a report on drug market trends during COVID-19, launched today by the United Nations Office on Drugs and Crime (UNODC).

Synthetic drugs, such as methamphetamine tend to be trafficked across continents by air more than other types of drugs. Restrictions on air travel are, therefore, likely to have a particularly drastic effect on this illegal cargo. The bulk of cocaine is trafficked by sea and large cargos have continued to be detected in European ports during the pandemic.

So far, heroin has  mostly been trafficked by land. But due to the pandemic, maritime routes seem to be increasingly used now to traffic heroin as shown by seizures of opiates in the Indian Ocean.

Trafficking in cannabis, however, may not be affected in the same way as that of heroin or cocaine, given that its production often takes place near consumer markets and traffickers are thus less reliant on long, transregional shipments of large quantities of the drug.

Several countries have reported drug shortages at the retail level. This can lead to an overall decrease in consumption, but mainly of drugs mostly consumed in recreational settings.

In the case of heroin, however, a shortage in supply can lead to the consumption of harmful, domestically produced substances – heroin shortages have been reported by countries in Europe, South West Asia and North America and some countries in Europe have warned that heroin users may even switch to fentanyl and its derivatives.

An increase in the use of pharmaceutical products such as benzodiazepines has also been reported, already doubling their price in certain areas. Another harmful pattern resulting from drug shortages is the increase in injecting drug use and the sharing of injecting equipment. All of which carry the risk of spreading diseases like HIV/AIDS, hepatitis C, and COVID-19 itself. The risk of drug overdose may also increase among those injecting drugs and who are infected with COVID-19.

Restrictions resulting from lockdown could hinder the production of opiates with the key months of harvest in Afghanistan being March to June. Due to COVID-19 labour force might not be able or willing to travel to areas where opium poppy is grown in the country, which could affect this year’s harvest.

Cocaine production also appears to be impeded in Colombia, as producers are suffering from a shortage of gasoline. While in Bolivia, COVID-19 is limiting the ability of state authorities to control coca bush cultivation, which could lead to an increase in coca production. In Peru, however, a drop in the price of cocaine suggests a reduction in trafficking opportunities. This may discourage coca bush cultivation in the short-term, although the looming economic crisis may lead more farmers to take up coca cultivation in all the major cocaine producing countries.

A decline in international trade in the current pandemic could also lead to shortages in the supply of precursors, vital for the manufacture of heroin as well as for synthetic drugs. A limited supply in Mexico, for example seems to have disrupted the manufacture of methamphetamine and fentanyl, while in Lebanon and Syria it is affecting the production of captagon. Czechia on the other hand expects a shortage of metamphetamine for the same reasons.

In the long-run, the economic downturn caused by the COVID-19 pandemic has the potential to lead to a lasting and profound transformation of the drug markets, which can be fully understood only  after more research is done. The economic difficulties caused by COVID-19 may affect people who are already in position of socioeconomic disadvantage harder than others.

UNODC has collected data from government authorities, UNODC field offices, open sources, and information from media that are now summarized in the COVID-19 and DrugMarkets report. Based on the data received, it gives some first-hand observations and assumptions without drawing generally valid conclusions. This will happen at a later stage after more profound research is done in the field.

Research Brief - COVID-19 and the drug supply chain: from production and trafficking to use