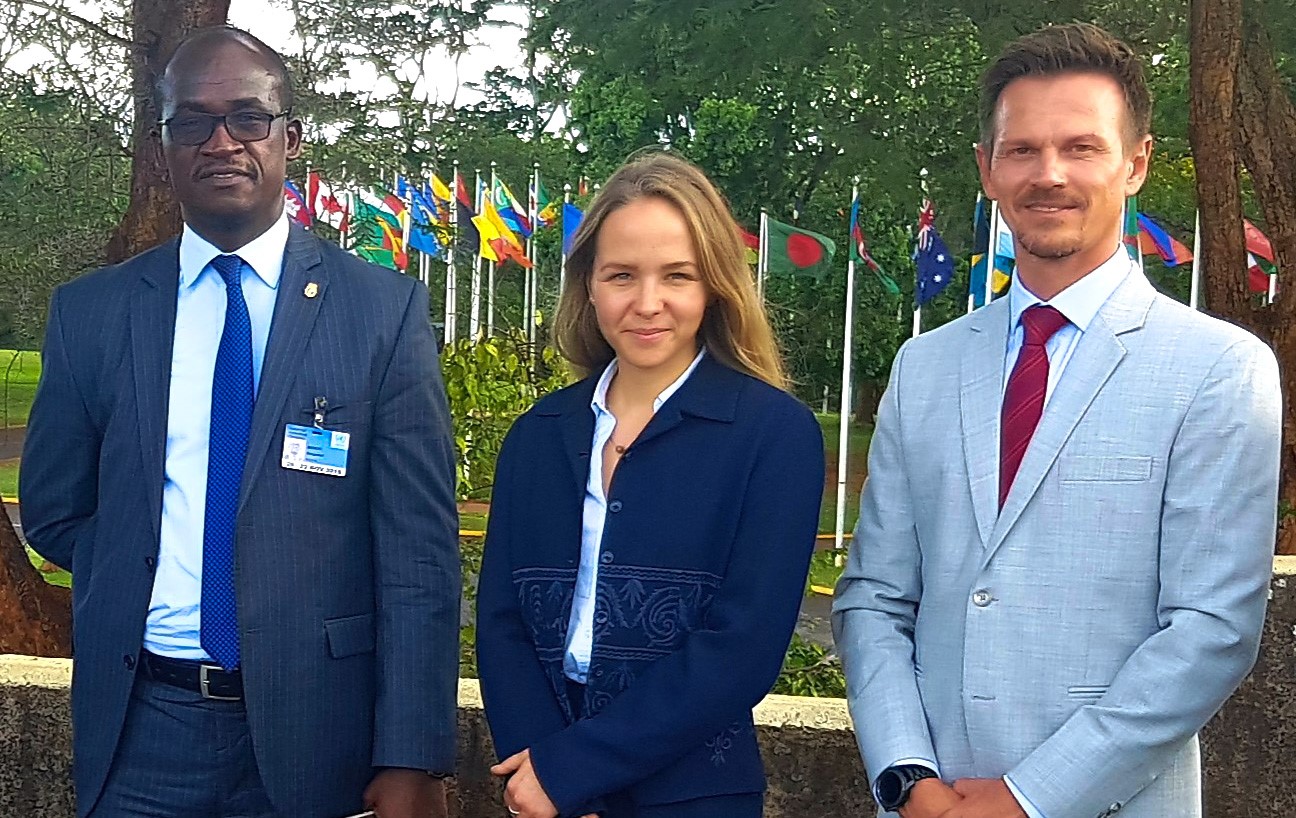 Nairobi (Kenya), 8 October 2020 – Major threats to peace, security and development continue to affect East Africa, and have only been exacerbated by the onslaught of COVID-19.

Despite this challenge, the United Nations Office on Drugs and Crime (UNODC) continues to support the Eastern Africa Police Chief Cooperation Organization (EAPCCO) by empowering regional law enforcement agencies as they combat transnational organized crimes, amidst the backdrop of a global pandemic – with the generous supports of partners such as the Federal Republic of Germany.

EAPCCO and UNODC have been key partners in Eastern Africa, and since 2016, presented various joint capacity building activities aimed at countering transnational organized crime and terrorism. These included activities on effective human rights-based law enforcement responses, intelligence-led policing and enhancing capacity to counter cyber- and cyber-enabled terrorism. The two organizations have also regularly been participating in each other’s official activities such as the EAPCCO Annual General Meetings and working group meetings as well as launches of the UNODC World Drug Report and Global Report on Trafficking in Persons.

Johan Kruger, Head of Transnational Organized Crime, Illicit Trafficking and Terrorism Programmes for Eastern Africa, represented UNODC at this event, where he presented the UNODC World Drug Report 2020 focusing on Africa supply and demand trends as well as progress regarding UNODC’s support to the EAPCCO Regional Counter-Terrorism Centre of Excellence (CTCoE).

UNODC, through its Regional Office for Eastern Africa (ROEA) and Terrorism Prevention Branch (TPB), is currently supporting the EAPCCO CTCoE through a comprehensive regional project, funded by the Government of the Federal Republic Germany. The project aims to fully operationalize the Centre, strengthen the research and analysis capacity and output of the CTCoE, and support the CTCoE to provide bilateral and regional capacity building to the EAPCCO Member States – an important step towards enhancing regional cooperation in countering terrorism and violent extremism in Eastern Africa.

During the AGM, Gedion Kimilu, Head of the INTERPOL Regional Bureau for Eastern Africa and EAPCCO Secretariat, highlighted, among other cooperating partners, the role of UNODC in supporting the operationalization of the CTCoE. He particularly commended the technical and financial support provided by UNODC to the Centre and member countries in combating transnational organized crime and terrorism.

The EAPCCO Police Chiefs together with Sospeter Munyi, Director of the CTCoE, also thanked UNODC for its support: “Since its inception, the Centre has achieved great milestones within a very short period of time. We appreciate the comprehensive support by the UNODC funded by the Government of the Federal Republic of Germany towards the Centre’s full operationalization.” Mr. Munyi also invited other like-minded partners to come on board to support the CTCoE.

EAPCCO Police Chiefs also recognized that although transnational organized crime was being impacted by the COVID-19 pandemic, it remained a serious threat to the region. As such, Police Chiefs requested UNODC to continue to support the EAPCCO Secretariat and the EAPCCO Member States to effectively counter transnational organized crime, including through enhancing regional cooperation through EAPCCO’s Operation USALAMA.

According to Mr. Kruger, UNODC will be expanding its assistance to the EAPCCO CTCoE in the coming year, but will also seek donor support to fully support all of the requests from the Police Chiefs: “The UN Security Council and General Assembly have recognized in more than one resolution the key role of regional organizations in countering transnational threats. The same for the UN Convention against Transnational Organized Crime. For this reason, it is important for UNODC and donors to support regional priorities and initiatives for which Member States have ownership.”