Harnessing the power of technology to combat human trafficking 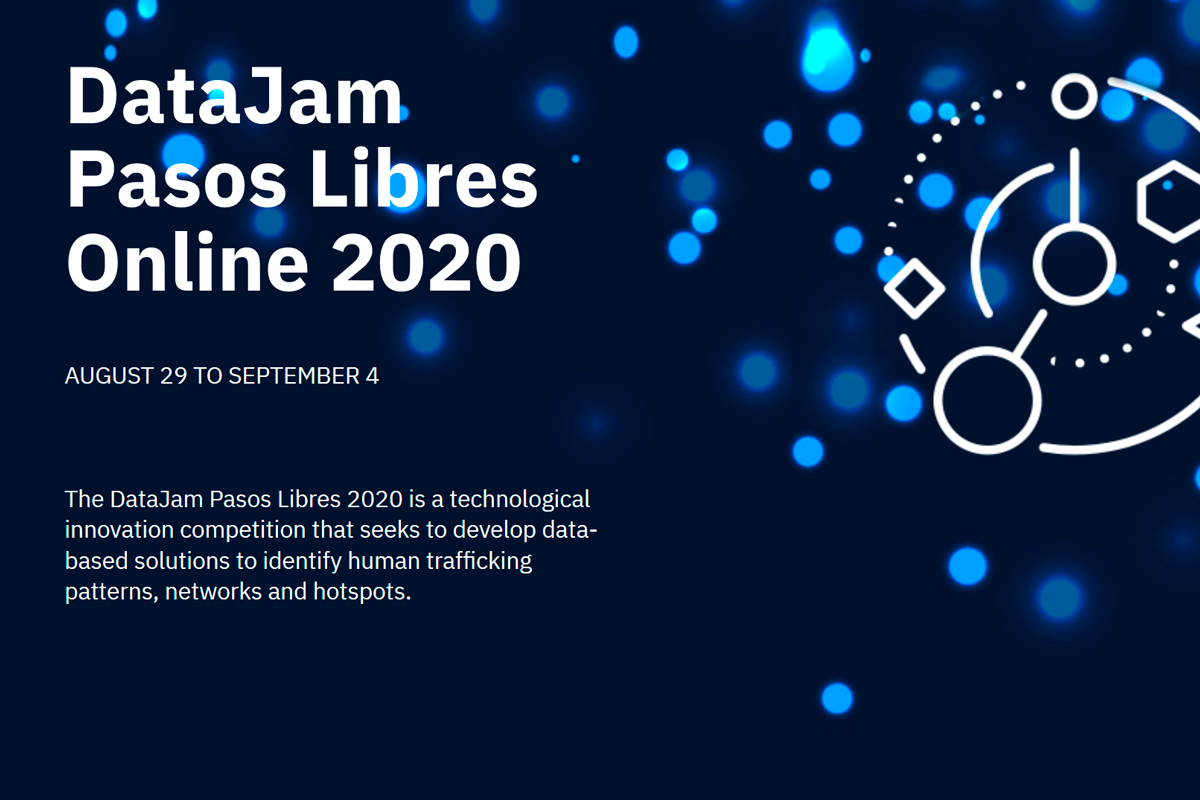 3 September 2020 - A global competition to develop tools that use both technology and data analysis to prevent as well as prosecute cases of human trafficking, is underway.

One hundred and sixty people from 13 countries are currently working against the clock on innovations that could identify trafficking patterns, locate hotspots and track criminal networks that exploit people of all ages and backgrounds.

The online event, known as a “DataJam Pasos Libres” was started in 2018, and is co-organized by IBM and Pasos Libres — a Colombian organization that aims to prevent human trafficking through innovative technologies.

“Challenges include lack of information and the complexity in extracting value from data and the problem of transforming knowledge about human trafficking into tangible, practical solutions,” he added.

This year’s edition is the third of its kind to be organized via this partnership, which makes use of both IBM technology and mentorship opportunities.

The 34 competing teams —consisting of IT specialists, crime prevention experts and representatives from businesses and the financial sector— have eight days to create a technical solution to tackle human trafficking.

During the event, participants have access to specialized lectures, workshops, and training material on cloud computing, artificial intelligence and human trafficking in English as well as in Spanish.

Crime prevention experts from UNODC provided an introduction to human trafficking and law enforcement via a webinar at the launch of the event; and remain available to answer questions and support further throughout the competition.

“These events aim to create an environment where challenges are addressed creatively through access to and use of cutting-edge technologies and open data,” says UNODC Associate Crime Prevention and Criminal Justice Officer, Martin Hemmi, who is also acting as a mentor for this edition’s participants.

“Data collection and analysis is crucial to combat trafficking in persons. The lack of data can limit the potential effectiveness of programmes, actions, and operations of national authorities and impede evidence-based prosecutions,” he adds.

At the closing of the competition, each team will submit a video to present their proposal — as well as introduce the code and datasets used to develop it.

UNODC will also be part of the jury that will select the best entries; while the DataJam Pasos Libres initiative will mentor the winning teams to support the development of their tools in the Traffik Analysis Hub, a global data hub and counter-trafficking resource.

“Events like the DataJam can grow into a global, innovation community against human trafficking and serve as a way to use technology as a force for good,” says Sebastián Arévalo Sánchez from Pasos Libres.