UNODC partners with Brazil on ‘Freedom in the Air’ initiative 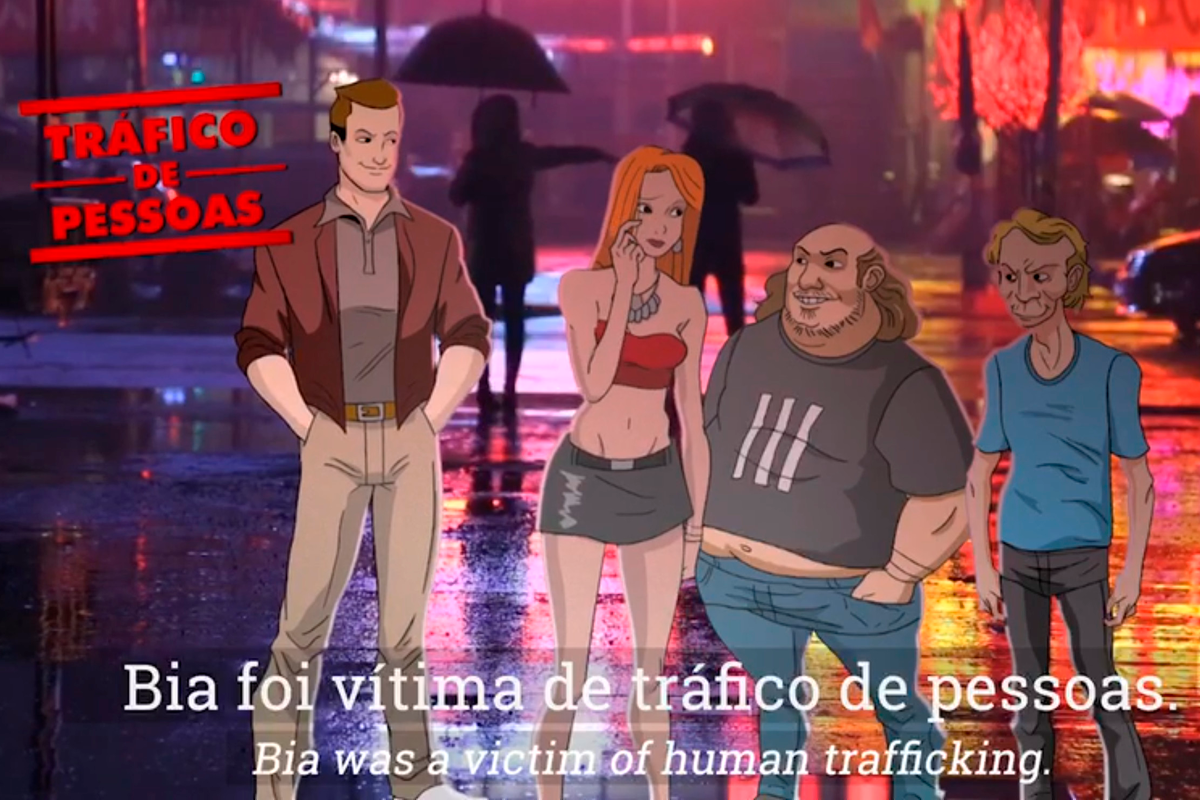 Vienna (Austria) 2 September 2020 – For most people, getting on a plane means the start of a new adventure. They are heading for a holiday, a reunion with friends or family or embarking on a business trip.

But domestic and international air transportation is also a method used by human traffickers to transfer people to the cities and countries where they will be exploited for profit.

Airline and airport staff have a key role to play in detecting potential cases of trafficking, assisting the victims and aiding investigations, which could lead to the dismantling of the criminal networks involved or the conviction of the main perpetrators.

To achieve this goal, Brazil, together with UNODC and other partners, has launched the “Freedom in the Air” (Liberdade No Ar) initiative.

Ms Gondim, who prosecutes cases of human trafficking that relate to labour exploitation, says she got the idea for the project after reading about an American flight attendant whose actions led to the rescue of a teenage girl from a trafficker who had accompanied her on the flight.

“This campaign is aimed at potential victims who are Brazilians leaving the country, flying to another city in Brazil or foreign nationals arriving or transiting our country,” she adds.

Under the project, which will run for the next four years, airports throughout Brazil are broadcasting videos and distributing leaflets and comics.

This multilingual material explains the tricks of the traffickers, the reasons why people become victims of this crime and how airport and airline staff or passengers can take appropriate action.

The Brazilian Association for the Defence of Women, Children and Youth (ASBRAD) provided technical expertise in the production of the content based on its experience in the human trafficking field.

The stories presented in the campaign are inspired by real cases and focus on fake offers of well-paid domestic work, an international modelling contract and a career as a footballer that result in sexual and labour exploitation in Brazil and abroad.

“It’s impossible to really say how widespread human trafficking is in Brazil, because there is a lack of current official studies on this issue,” says Graziella Rocha from ASBRAD.

“However, the largest number of cases identified by the government are for the purpose of labour exploitation in sectors such as agriculture, clothing production and civil construction.”

“The workers migrate from poorer regions of the country toward richer states. We also have news of Bolivian and Haitian migrants being exploited in Brazil, as well as Chinese women,” she adds.

In the next phase of “Freedom in the Air”, employees of Brazil’s aviation industry will receive training from UNODC on how to identify cases of human trafficking, intervene, alert airport authorities in destination countries and refer cases to the relevant authorities.

“We’ve been cooperating with airlines and airports on victim identification since 2016 and have conducted training throughout Central and South America,” says Carlos Perez, from UNODC’s Human Trafficking and Migrant Smuggling Section.

When victims are trafficked via airlines the control of the trafficker can be direct or indirect, explains Mr Perez.

“Either the trafficker travels with the victim on a commercial flight. Or there is indirect control. This means the victim has been threatened in some way, follows precise instructions during the trip, is afraid to alert the authorities and at the destination is met by a member of the criminal network.”

In some cases, the criminals provide fraudulent documents for the journey and the genuine ones or even money are retained by the trafficker on the condition that they will only be returned when the victim arrives, he adds.

UNODC Mexico has already produced a leaflet to explain the indicators of human trafficking, which was shared on airplanes and at airports.

Such signs include indicators that the movements of a person are being controlled, he or she has limited social interaction or is unable to communicate freely with others.

Flight check-in staff and customs officials are encouraged to look for signs that a passenger does not know the address of their home or workplace or are not in possession of their travel documents, which are being held by someone else.

UNODC plans to extend the distribution of such material to other countries in the future.