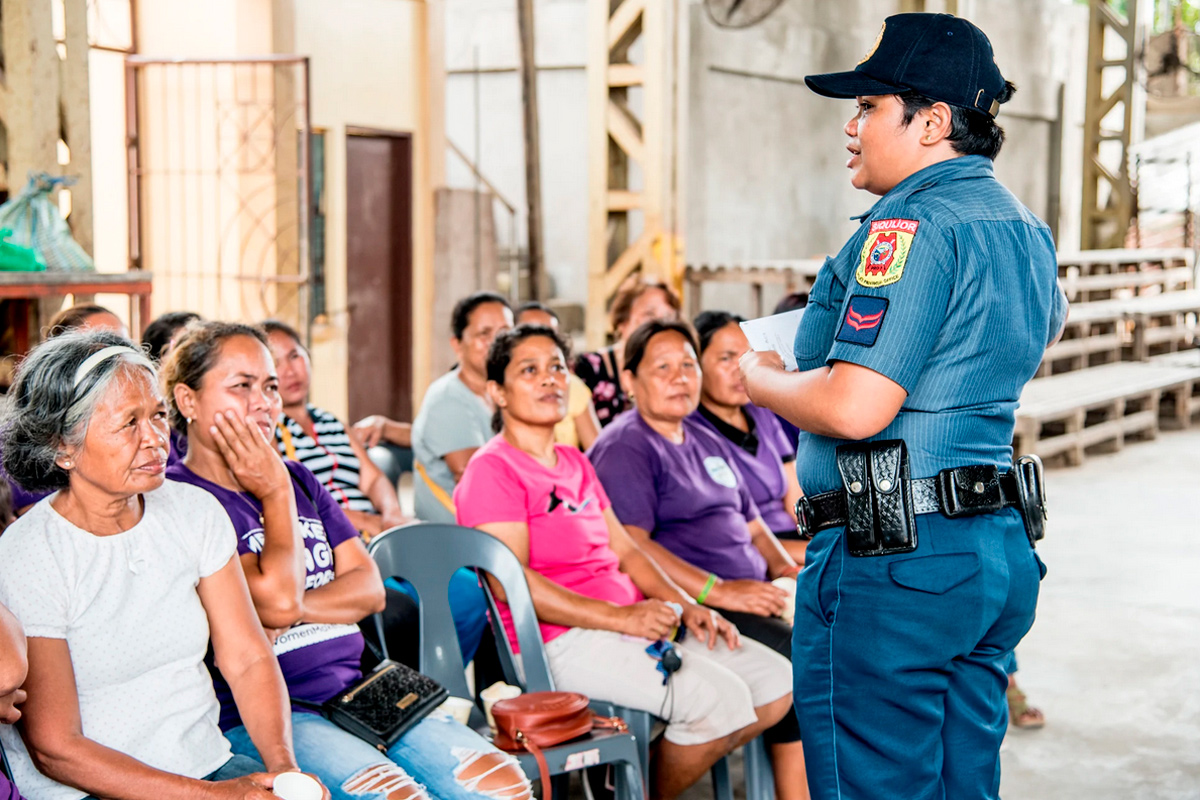 Bangkok (Thailand), 3 September 2020 - UNODC launched a new report this week —in partnership with UN Women and INTERPOL— focusing on the important role of women in improving the effectiveness of police services and promoting the rule of law in Southeast Asia.

The report, Women in Law Enforcement in the ASEAN Region, found that police operations are more successful when a greater number of female officers participate; although significant barriers still remain in their pursuit of a career across the region’s law enforcement agencies.

The launch event featured remarks by Royal Thai Police Lieutenant Colonel Amonrat Wathanakosit, a Senior Instructor in Provincial Police Region 5, and H.E. Dr. Sarah Taylor, the Canadian Ambassador to Thailand, Cambodia and Lao PDR; who spoke on behalf of the Government of Canada - a key supporter for the development of the report and its ensuing contribution to the women, peace and security agenda of the ASEAN region.

This groundbreaking research highlights the essential and often overlooked contribution of women to law enforcement in Southeast Asia. Most importantly, the study found that the inclusion of female officers improves the operational effectiveness of agencies, increases community trust, and decreases corruption – all stated priorities of the region’s governments. The research determined that female officers are better positioned to meet the needs of women and girls in their communities, that their presence improves the response to gender-based crimes and increases agencies’ perceived legitimacy, as well as enhancing intelligence collection.

“The best way to serve the community is to reflect your community, and with the gender makeup of the population 50-50, the police should also be 50-50. How can we conduct investigations if we did not have females? How would we be able to address female concerns if we didn’t have female officers? How would we train recruits if we do not have female teachers?” stated a female police officer from Brunei during the development of the report.

Despite the important contributions female officers can and do make to policing, women are still underrepresented across law enforcement agencies in the region; female officers account for only 6 to 20%.

At the same time, women have been unable to reach ranks above Colonel and Superintendent - both considered middle management positions in some countries— and female officers are vastly outnumbered by their male colleagues in places where they have reached these ranks.

While societal perceptions have traditionally discouraged women from pursuing a career in law enforcement, changing attitudes progressively make it an appealing option for many women. Increasing the representation of women in law enforcement agencies is an important step, but Women in Law Enforcement in the ASEAN Region emphasizes that gender equality in policing will not be achieved by simply adding more female officers: improvement requires the implementation of policies that address institutional barriers, respect the human rights of all people, and that foster a work environment where all employees feel valued, secure, and are meaningfully engaged.

“Empowering women in law enforcement benefits the countries of ASEAN, and it improves the response to crime issues the region shares and prioritizes,” said Jeremy Douglas, UNODC Regional Representative for Southeast Asia and the Pacific. “Women often know the community better than men and they bring incredible talent to the table, especially when it comes to obtaining information and in the analytical and intelligence space. If law enforcement agencies are not fully using national talents they will not successfully address domestic crime, but at the same time they will also not be able to successfully counter serious organized crime the region and its leaders are most concerned about.”

Looking forward, the report offers a series of recommendations intended to support collaboration between ASEAN member states, law enforcement agency chiefs, and partners in the development, adoption, and implementation of gender-inclusive policies. Specifically, measures are needed to accelerate women’s participation in law enforcement and increase agencies’ ability to effectively respond to the needs of all members of the population, including women and girls.

To further support the meaningful engagement of women in law enforcement, UNODC and UN Women are working together to encourage the professional development of female officers at border crossings, including by providing training to women stationed at front-line border posts in the region.