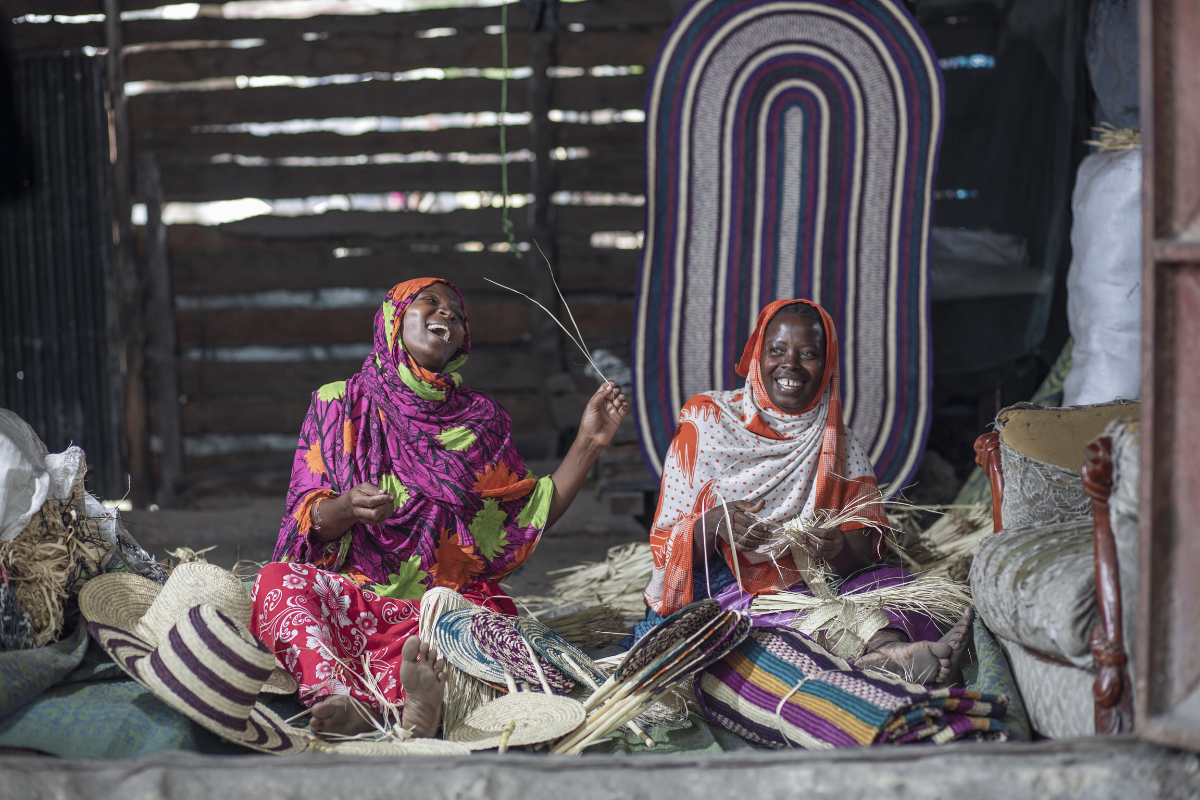 Zanzibar City (Tanzania), 23 April 2021 – A new photography exhibition promotes UNODC’s work on port security in the region under the European Union Program on Port Security and Safety of Navigation, as documentary photographer Abdu Nasser Naizi shares these moments through the lens.

Organized by UNODC, ‘Ports – Connecting People’ offers a glimpse into the bustling activity of seaside hubs; and the lives of people who depend on the business and trade ports bring, to sustain their livelihoods.

Ports have long connected peoples and nations across borders; and art plays a very similar role, as a medium that can overcome any cultural or ideological barrier to connect people through a shared experience.

As the saying goes, pictures are worth a thousand words. And so, the exhibition serves to highlight the reality that lies behind the lens: ports’ function as an integral part of the ‘blue economy’.

The port and the activities surrounding it are a great source of income for the people of Zanzibar. The photographic exhibition serves to facilitate dialogue and highlight the stories and day to day lives of some of the island’s inhabitants; also, raising awareness on the importance of fostering a healthy blue economy as a key component in preserving the sustainability of ocean resources.

These very resources contribute to economic growth, improved livelihoods and job creation across United Nations Office on Drugs and Crime Global Maritime Crime Programme (UNODC GMCP) beneficiary countries. Which is why the programme has actively contributed to the success of the exhibit.

The exhibition took place at the Old Dispensary in Stone Town, Zanzibar’s capital and was attended by Kheri Yangu Mgeni Khamis, Director with the Zanzibar Commission for National Coordination and Drug Control; Saada Mkerya Hassan, Minister of State; and Masatomo Yamaguchi, Project Coordinator with UNODC.

UNODC’s Global Maritime Crime Programme was established in 2010 in response to United Nations Security Council resolutions calling for a concerted international response to address piracy off the Horn of Africa. The programme, then known as the Counter Piracy Program, played a central role in the establishment of a regional 'piracy prosecution model'. This involved providing comprehensive criminal justice support to states in the Indian Ocean region, which received suspected pirates for prosecution. Since then, the Counter Piracy Programme has expanded both thematically and geographically into the Global Maritime Crime Programme, covering a much wider spectrum of maritime crime within six ocean spaces globally Zanzibar being one of them.

‘Ports – Connecting People’ will hold two separate exhibitions over the coming months. The next one will take place in Antananarivo, Madagascar on 15 July 2021, followed by another in Mauritius on a date yet to be determined.

Highlights from the exhibition can be enjoyed below.