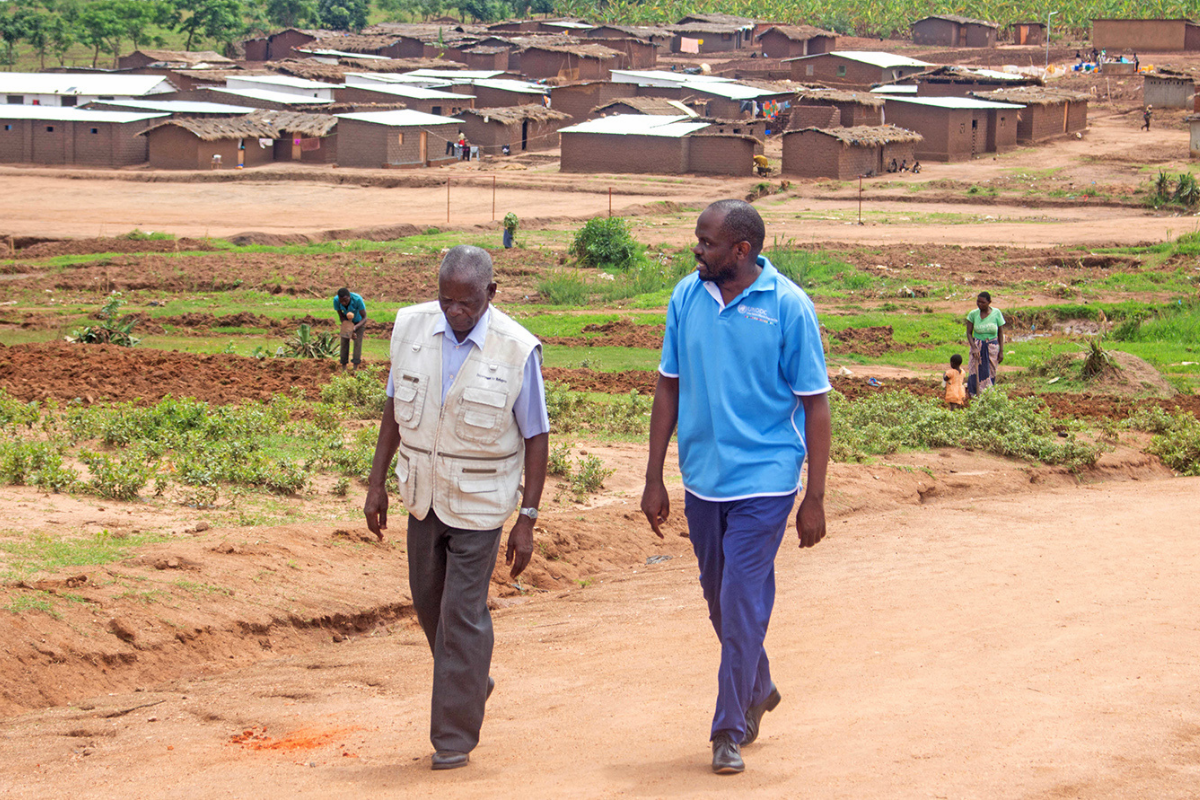 Lilongwe (Malawi), 1 April 2021 — Criminal networks are operating within the Dzaleka Refugee Camp in central Malawi where men, women and children are being exploited for profit or tricked and trafficked to other countries in Southern Africa for forced labour and prostitution.

The camp, the largest in the country, is home to more than 48,000 refugees and asylum seekers. It was established in 1994 by the Government of Malawi and the UN Refugee Agency (UNHCR) to accommodate people fleeing genocide, violence and wars in Burundi, Rwanda and the Democratic Republic of Congo.

This April, the United Nations Office on Drugs and Crime (UNODC), together with UNHCR and the United Nations International Organization for Migration (IOM) and in partnership with Malawi’s Ministry of Homeland Security will start to implement procedures to combat human trafficking in the camp.

The Anti-human Trafficking Protocol provides clear guidance on the detection and reporting of cases of this crime, the rescue of victims and their referral to the authorities where they can receive appropriate assistance.

The new strategy, which has been adopted by the government of Malawi, was developed following an initial training last December at the Dzaleka Refugee Camp conducted by UNODC.

“There’s very little knowledge of human trafficking among the camp staff, so the first training was to raise awareness and explain how to identify and interview the victims and recognise the indicators of this crime, including during the registration process,” says Maxwell Matewere, the UNODC National Project Officer in Malawi.

“Some staff wanted to do something straight away and implement what they had learnt. Others were quite upset and felt guilty, because through the training they realised that trafficking was taking place in the camp,” he adds.

Various types of human trafficking have been identified in the Dzaleka Refugee Camp. Children are trafficked within and outside of the camp for farm labour and domestic work.

Women and girls are exploited sexually inside Dzaleka, within the sex industry of Malawi or transported for the purpose of sexual exploitation to other countries in Southern Africa.

Male refugees are being subjected to forced labour inside the camp or on farms in Malawi and other countries in the region.

“There are also cases involving refugees who are taken to the capital Lilongwe where they are forced to work in bars, shops or as domestic workers for very little or no pay at all,” says Maxwell Matewere.

One human trafficking victim said he fled his home country 12 years ago, hoping to find refuge in Malawi.  Instead he was exploited by another camp resident, who forced him to work to pay off a debt he was not even aware of.

“When I arrived at the camp, I was deceived through an offer to leave the open dormitory and go to stay with one of the refugees who was allocated land to build a house. However, after a few months of my stay,  l was told that I owed a large sum of money in rent.”

“Since l have no money, I have to work for the owner of the house. I’m treated like a slave. The debt continues to rise,” he adds.

The camp is also being used as a transit point for victims of human trafficking. Traffickers recruit victims in their home country under false pretences, arrange for them to cross the border into Malawi and enter the camp.

“The victims usually believe they’re going to join their families in South Africa or will get work there,” says UNODC’s Maxwell Matewere.

“Some are exploited inside the camp and told they need to pay off the debts incurred from being smuggled into Malawi, others are then transported further to Zambia, South Africa or Mozambique for forced labour.”

The traffickers had planned to smuggle them into Zambia and then transport them further to South Africa where they would have been exploited.

Kennedy Nkhoma, the Commissioner for Refugees and the Principal Secretary for Homeland Security, says his government is aware of “active cases of human trafficking“ at the camp.

“We know there are some individuals working for refugees within the camp under a forced environment. We’re also aware that some individuals in the camp are enslaved while waiting for their relations to bail them out by paying some large sum of money to those holding them.”

Mr Nkhoma adds that security systems around the camp and at the border crossings have been strengthened, but what is needed is training on issues relating to human trafficking.

“That is why we recommended UNODC for this initiative, not only to address the issue in the short-term but also to focus on adopting a long-term response  to counter human trafficking at the camp.”

Together with UNHCR, UNODC will support anti-human trafficking interventions and organise awareness raising activities for officials within the camp and at border entry points into Malawi.

“The establishment of appropriate mechanisms can play a crucial role in identifying potential and actual victims of trafficking. UNHCR, UNODC and IOM aim to support Malawi in fulfilling this challenging task.”

He adds that the prevention of human trafficking represents one of the many protection issues his team needs to address in the Dzaleka Refugee Camp and, up until now,  limited resources have been dedicated to tackling this crime.

“UNHCR has a responsibility to ensure that vulnerable people in the camp do not become victims of trafficking and that individuals who have been trafficked have access to protection,” says Mr. Taklu-Nagga.

Through the implementation of the new Protocol on Trafficking in Persons, the Dzaleka camp staff will have more understanding of human trafficking and be better equipped to prevent and respond effectively to cases of this crime.