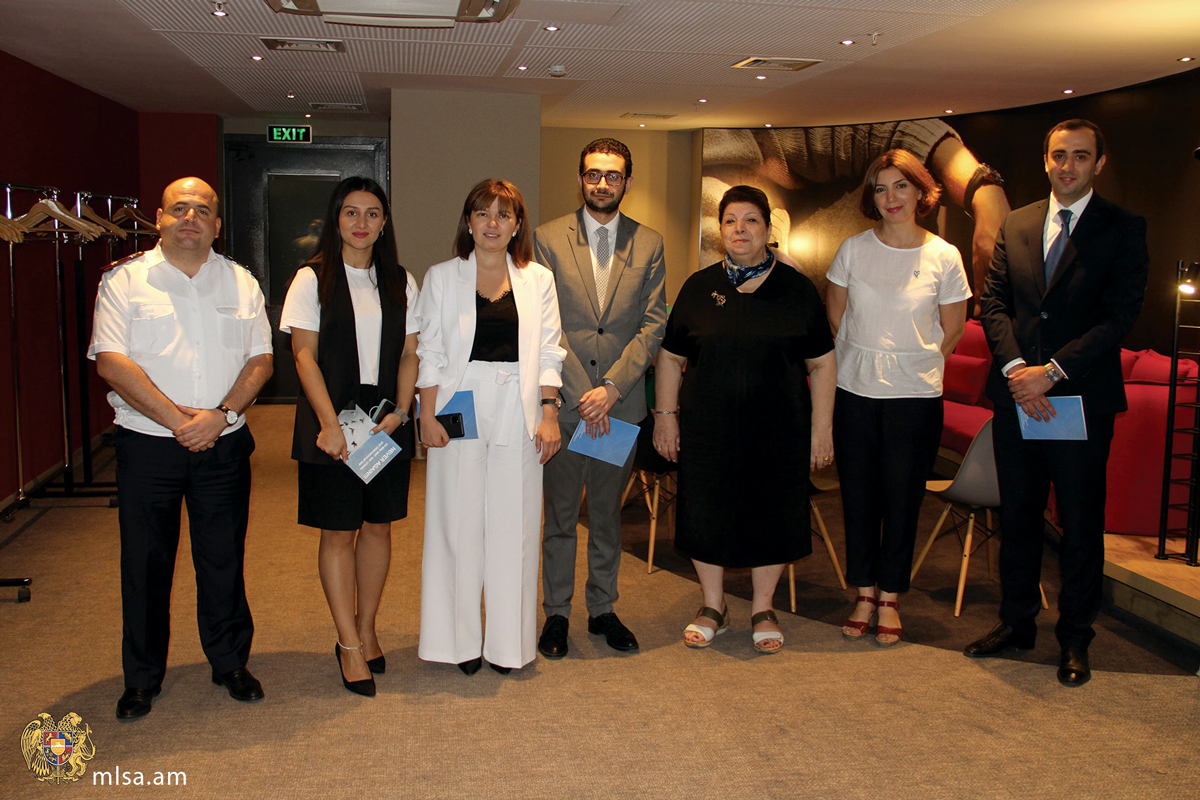 09 August 2021 – To mark World Day against Trafficking in persons on 30 July, Armenia has joined the Blue Heart Campaign. With this, the country has become the newest member of the community of now 35 states in supporting the global campaign against human trafficking.

Dr. Viktoria Avakova, Health and Anti-trafficking project coordinator at UMCOR-NGO in Armenia and Member of the Board of Trustees of the United nations Voluntary Trust Fund for the Victims of Trafficking in Persons (UNVTF) joined the event and highlighted that “Every trafficking victim’s story is unique. Listening to victims, understanding their vulnerabilities, and building up policies based on their experiences increase an effectiveness of anti-trafficking response and allow to develop victim targeted approaches”.

As a global awareness raising initiative to fight human trafficking and its impact on society, the Blue Heart Campaign seeks to encourage Governments, civil society, the private sector and individuals alike to act and help prevent this heinous crime.

In its mission to end human trafficking, the Campaign also supports the United Nations Voluntary Trust Fund for Victims of Trafficking in Persons which raises and disburses funds to strengthen civil society organizations dedicated to human trafficking victims suffering from a variety of forms of exploitation, especially women and girls exploited by sex-related crime.
Over the past decade, the Trust Fund has supported more than 100 grassroot NGOs in over 50 countries by providing tangible assistance to more than 5,000 victims of human trafficking every year.