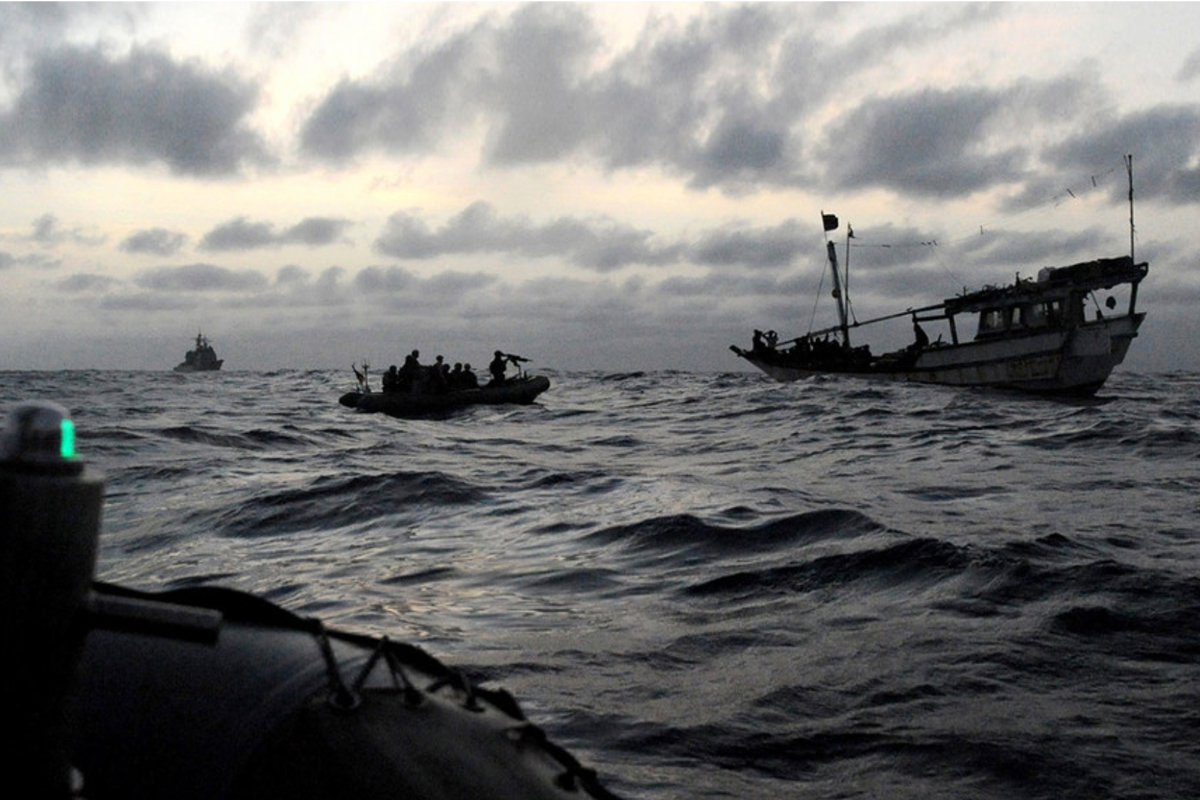 Freedom of navigation, recognized as a fundamental principle of international law, has come increasingly under threat. Piracy and armed robbery; terrorism; drug trafficking and trafficking in nuclear materials and firearms; human trafficking and the smuggling of migrants; illegal activities in the fisheries sector; waste trafficking, and intentional and unlawful damage to the marine environment: all represent acute challenges to global efforts to maintain international peace and security, and to keep the world’s oceans accessible and safe for seafarers and for shipping.

At a United Nations Security Council High Level Virtual Open Debate held this week under the theme ‘Enhancing Maritime Security: A Case for International Cooperation’, UNODC Executive Director Ghada Waly spoke on the myriad challenges to global efforts to maintain international peace and security, and to keep the world’s oceans accessible and safe for seafarers and for shipping. Find her full speech here.

Despite an overall decrease in maritime traffic due to the COVID-19 pandemic, piracy and armed robbery of ships rose by nearly 20 per cent during the first half of last year, a senior UN official told the Security Council on Monday.

Incidents in Asia have nearly doubled, while West Africa, the Straits of Malacca and Singapore, and the South China Sea, were the most affected areas, she said.

The “unprecedented” levels of insecurity in the Gulf of Guinea, and more recently in the Persian Gulf and Arabian Sea, were also particularly concerning.

“These growing and interlinked threats call for a truly global and integrated response. A response that addresses these challenges directly as well as their root causes - including poverty, a lack of alternative livelihoods, insecurity, and weak governance structures.”

Maritime security is also being undermined by challenges around contested boundaries and navigation routes, and depletion of natural resources through illegal or unreported fishing, Ms. Viotti added.

She said the meeting, held via videoconference, was a chance to further advance global action on a vital but complex issue as all countries are affected, whether they are coastal or landlocked.

The open debate was organized by India, which holds the rotating presidency of the Security Council this month.

For the country’s Prime Minister, Narendra Modi, oceans are “our shared global commons” and the “lifeline” of international trade.  The UN estimates that more than three billion people worldwide, mainly in developing countries, depend on the ocean for their livelihood and well-being.

“However, today this common maritime heritage of ours faces various types of threats,” said Mr. Modi. “Maritime routes are being misused for piracy and terrorism. There are maritime disputes between several countries. And climate change and natural disasters are also challenges to the maritime domain.”

From commitment to action

Ms. Viotti highlighted legal instruments that uphold maritime security, such as the UN Convention on the Law of the Sea.

“But this framework is only as strong as countries’ commitment to full and effective implementation,” she stressed. “We need to translate commitment into action.”

The UN has welcomed moves by the international community to strengthen cooperation on maritime security.  The Organization also supports regional initiatives, including to fight piracy off the coast of Somalia and to try and cut down on the armed robbery of ships in Asia.

Ghada Waly, Executive Director at the UN Office on Drugs and Crime (UNODC) reported that a 2009 programme, initially established to address the Somali piracy threat, is now its largest initiative, with a budget that has grown from $300,000 to over $230 million.

The Global Maritime Crime Programme encompasses some 170 personnel based in 26 countries who provide capacity building and support for legal reform, simulated trials and maritime training centres.

“Yet, the challenges to maritime security continue to grow, and our responses must keep up,” said Ms. Waly.

UN Convention on the Law of the Sea