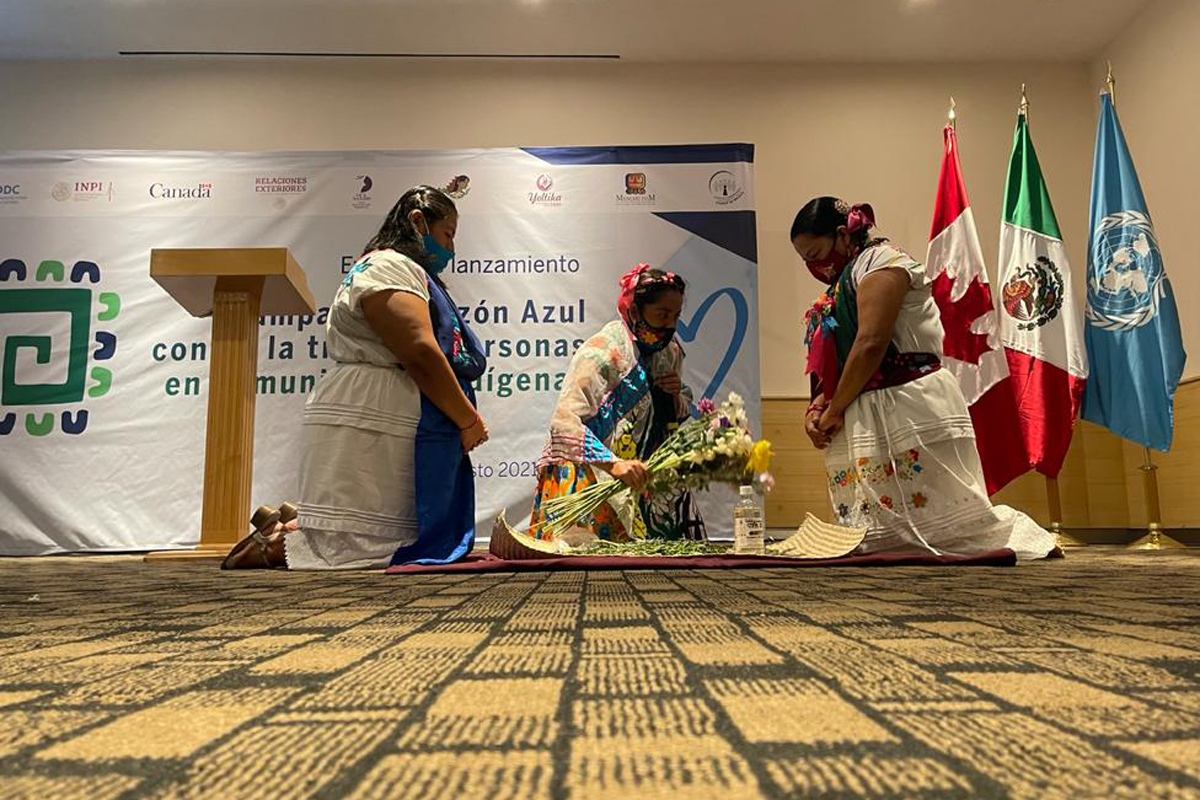 Mexico City, August 09, 2021 – The UNODC Mexico team has been working for over a year, under the sponsorship of Canada, to understand how human trafficking networks operate within indigenous communities, learn about the risks faced by this particularly vulnerable group, comprehend the best training and communication approaches, adapt multicultural visions into the combat of such a complex crime, and most importantly, listen to their stories:

"We are promised a reality that does not exist. Often, when we get paid, we are forced to spend our salaries in the same store where we work”.

"Job offers that pay in dollars... that is how they convince you".

"Elderly people are used every day for forced mendicity".

In this context, UNODC Mexico launched a new chapter of the Blue Heart Campaign, now reaching indigenous communities with the objective of identifying risk factors, empowering women as agents to stop this crime and making a call to action to encourage the report of the crime, using Mexico’s hot line ran by the NGO Consejo Ciudadano.

The Campaign was built upon the inputs of more than 200 women and men who shared their experiences, the expertise of Mexico’s national authorities, the support of the Asociación Menchú Tum, founded by Nobel Peace Prize winner Rigoberta Menchú, and under the coordination of the UNODC Mexico team, led by Mr. Kristian Hölge.

It was presented on 9 August to mark the International Day of the World's Indigenous Peoples in a very symbolic and multicultural event, surrounded by powerful messages, music, and rituals performed by the indigenous women who dedicate their lives to ending violence against women and girls, preventing human trafficking and empowering women locally.

UNODC produced radio and television spots, comic books, and board games that will be distributed amongst indigenous. All communication tools are currently available in three languages: Mixteco Alto, Nahuatl and Totonaco specifically targeting the populations of Baja California, Puebla, and Veracruz. Downloaded at: http://www.aqui-estoy.org/