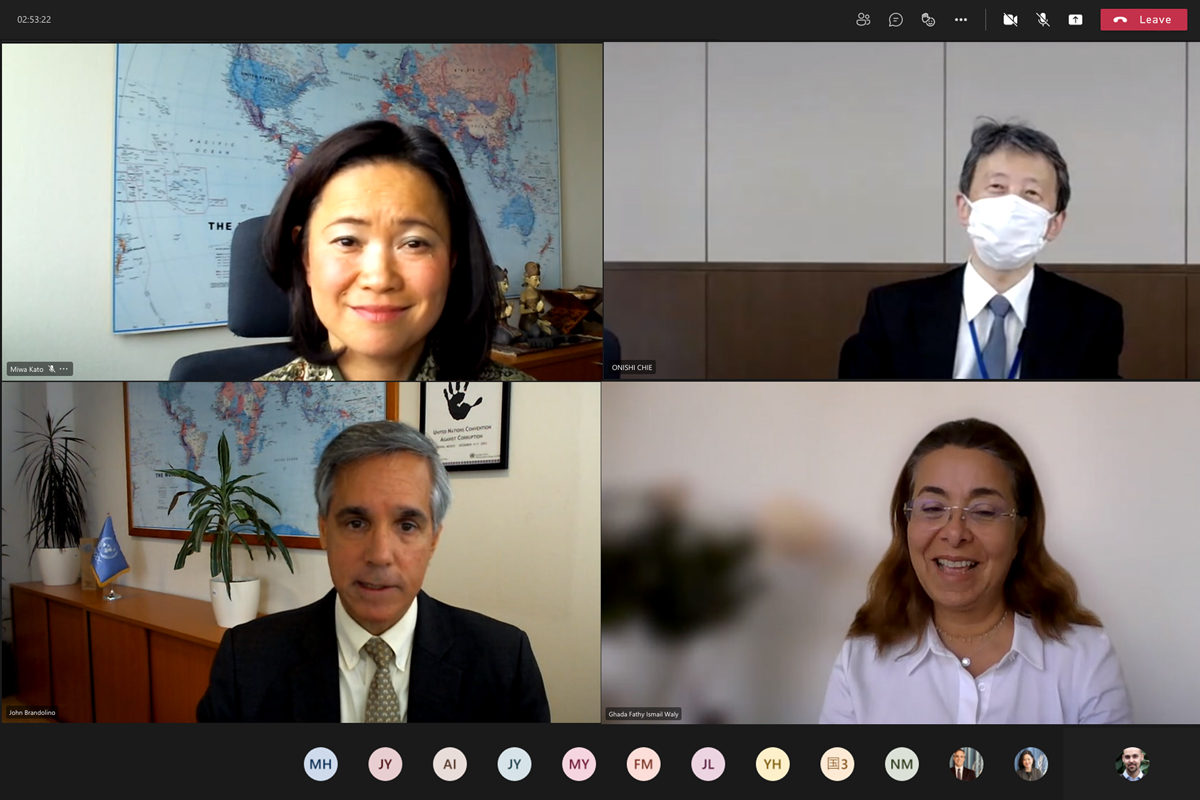 VIENNA, 27 August – At a virtual meeting today, the UNODC Executive Director, Ms. Ghada Waly, and Japan’s Deputy Minister for Foreign Policy Mr. OKANO Masataka agreed on a revised UNODC-Japan Joint Action Plan to promote justice and the rule of law while addressing challenges such as terrorism, organized crime, and corruption.

Ms. Waly reaffirmed UNODC’s commitment to follow up in collaboration with its key partner Japan on the Kyoto Declaration, adopted at the 14th UN Crime Congress in March 2021, on advancing crime prevention, criminal justice, and the rule of law.

Further priority areas of cooperation will focus on preventing and countering terrorism and violent extremism, organized crime and corruption, the world drug problem, and securing peace and stability toward a Free and Open Indo Pacific.

“We stand ready to support Member States in the achievement of different targets under SDG 16, including reducing violence and homicide, providing support to victims of human trafficking, combating transnational organized crime in all its forms or preventing terrorism and violent extremism.”, Ms. Waly said.

“UNODC is in a unique position to regularly engage in strategic dialogue with Japan and we look forward to continuing our cooperation in the area of crime and drugs.”, Mr. Okano said.

During the meeting, senior officials on both sides confirmed that they will work closely together to take appropriate measures to build a broad cooperation to counter terrorism and transnational organized crime. They also discussed the evolving situation in Afghanistan.