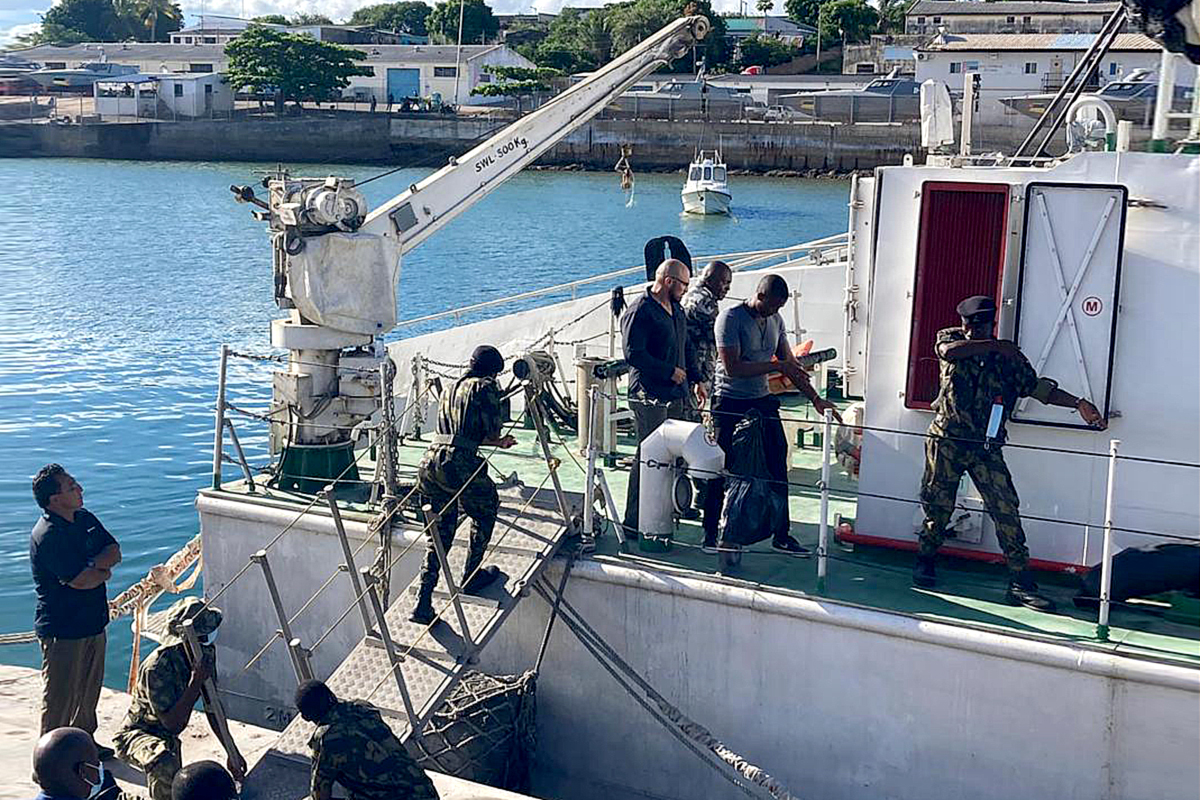 Maputo (Mozambique), 4 August 2021 - The Mozambique Channel is one of the primary passageways for the movement of illicit goods in the region. In recent years, maritime terrorism has become a pressing issue, challenging stability not only in Mozambique but in the Southern African region and particularly in neighboring countries such as Tanzania.

To support Mozambique’s effort to build its maritime security capacity, UNODC has been providing assistance to law enforcement stakeholders and other national institutions in collaboration with regional and international partners and in cooperation with the Government of Mozambique.

“A multidimensional approach is necessary to build maritime capacities in Mozambique” Mr. Vasconselos explained, adding that “coastal and island communities are currently highly vulnerable. Oil and gas facilities, such offshore ships and industry bases can become targets of piracy and armed groups interventions.”

“A protection force must guarantee security for civilians and the private sector through solid presence at sea and patrolling, Mr. Vasconselos said, while “interdiction actions are directed to tackling maritime terrorism.” This, he continued, requires “trained personnel and proper materials and infrastructure to combat highly dangerous and bellicose groups.”

The Government of Mozambique and UNODC also agreed on the “Maputo Roadmap of UNODC engagement in Mozambique,” to guide UNODC’s assistance in four inter-linked areas, including combatting transnational organized crime, drug prevention, preventing terrorism and violent extremism, and improving justice systems and integrity in the field of crime prevention and criminal justice to promote the rule of law.

Mozambique’s challenges require a blend of civilian and military as well as regional and local responses. In the past six months, UNODC provided trainings for more than 130 officers of Mozambique’s Navy, National Criminal Investigation Service (SERNIC), the Maritime Authority (INAMAR), the Anti- Narcotics Agency (GCCPD) and various seaports on maritime law, maritime law enforcement, maritime domain awareness and port security, among others.