UNODC Revitalizes the Yemen Coast Guard Through a Gender-Focused Approach 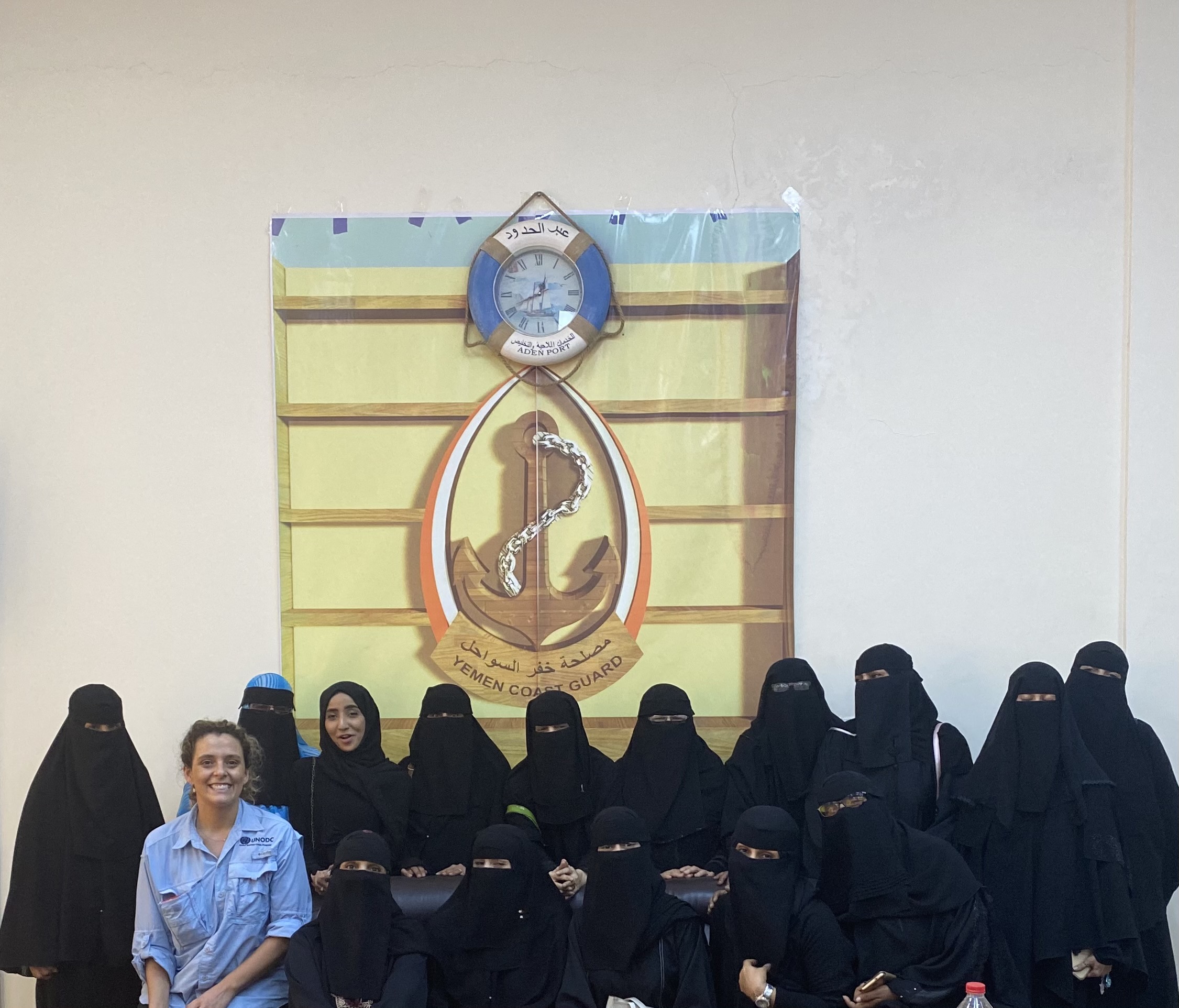 Aden (Yemen), 19 January 2021 — The Yemen Coast Guard (YCG) lost a significant part of their capacity and capability during the war that ravaged the country. Female officers, whose duties were no longer deemed as a priority for operations, were disproportionately affected in the aftermath.

To reverse the trend, the Gulf of Aden and Red Sea sub-programme of UNODC's Global Maritime Crime Programme (GMCP) is currently developing a project alongside YCG, to specifically support gender mainstreaming and re-prioritize the integration and empowerment of women in the service.

UNODC has relied on seed funding to quick-start the delivery of the first phase of the project: a forward-looking needs assessment to identify potential next steps to further women’s inclusion within the YCG.

In the meantime, the Programme has continued to support inclusivity and encourage higher female officer participation rates in UNODC training opportunities. Colonel Noor Abdullah, the Head of the Planning and Information department for the Yemen Coast Guard, was among the first wave of female officers benefiting from this initiative.

Colonel Abdullah was the very first female officer from the YCG to participate in UNODC GMCP’s Maritime Law Enforcement (MLE) courses. She referred to UNODC’s push for increased female participation as a big step forward in empowering women in Yemen and transforming the sector.

Colonel Noor remains hopeful about the future for female YCG officers. “I would love to see them doing great things, like working for the YCG operations department, such as operation room personnel.”

The Colonel made note of her appreciation for the assistance and support provided by UNODC GMCP in reviving the unit’s previous capabilities, noting that “GMCP has given us hope of restoring our forces to the status before the war, even better than they were before.” The prolonged civil wars in Yemen had also affected YCG’s capacity; and UNODC has stepped in to supply training and equipment, even repairing their fleet and installing modern communication systems.

As a role model for other female members in YCG —as well as female police and military officers in Yemen— Colonel Noor expressed the hope that her participation will inspire more female YCG members to join GMCP trainings in the future, and she remains confident that UNODC GMCP’s efforts at gender mainstreaming can help make this happen.

UNODC GMCP is currently exploring new funding opportunities to deliver new initiatives that will continue fostering the empowerment of women in the Coast Guard.