COVID-19 and Crime: The Impact of the Pandemic on Human Trafficking 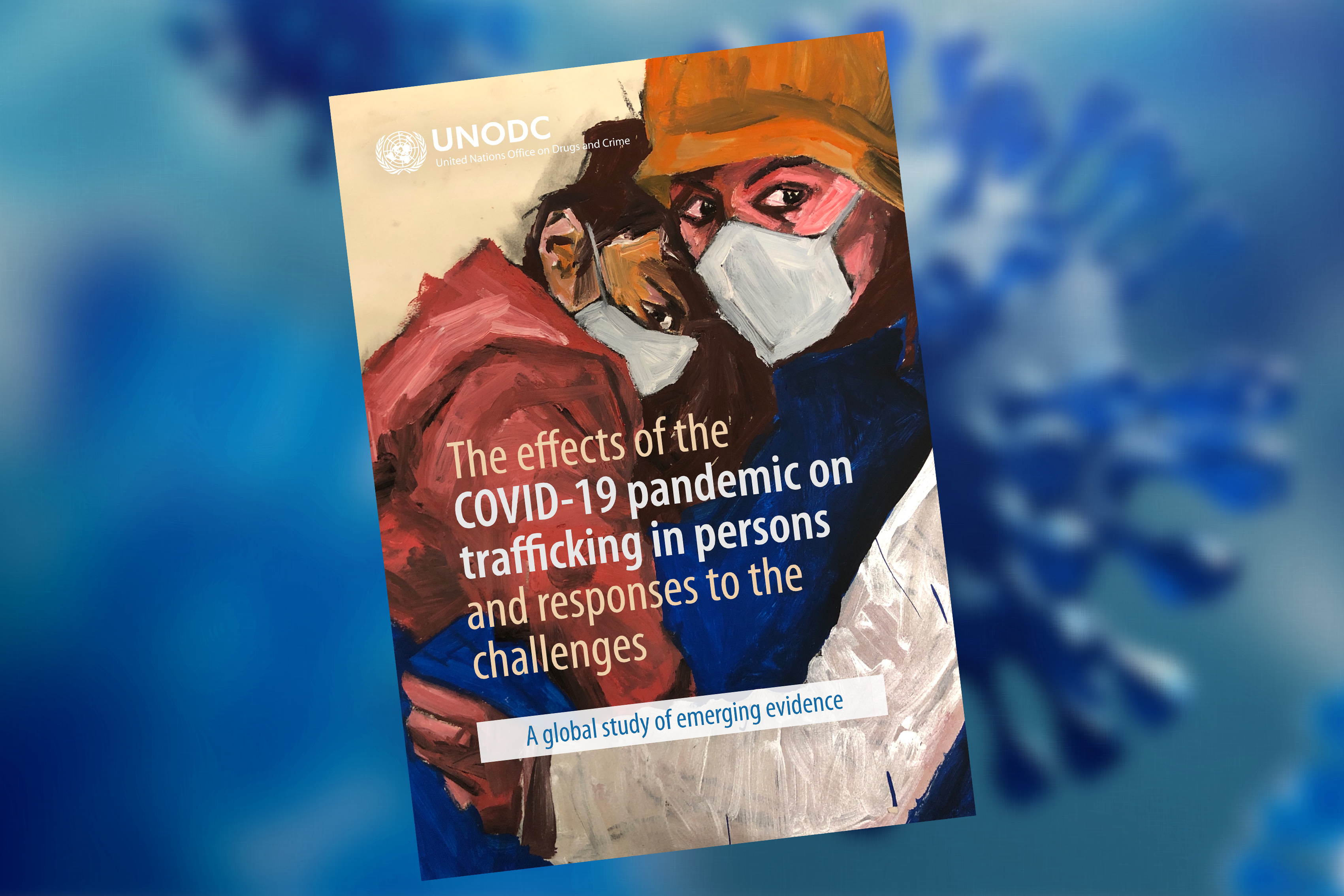 Vienna, 8 July - A new study released today by the United Nations Office on Drugs and Crime (UNODC) illustrates the devastating impact of COVID-19 on victims and survivors of human trafficking and highlights the increased targeting and exploitation of children.

The study further assesses how frontline organizations responded to the challenges posed by the pandemic and continued to deliver essential services despite restrictions.

Meanwhile, traffickers took advantage of the global crisis, capitalizing on peoples’ loss of income and the increased amount of time both adults and children were spending online.

“The pandemic has increased vulnerabilities to trafficking in persons while making trafficking even harder to detect and leaving victims struggling to obtain help and access to justice,” says UNODC Executive Director Ghada Waly.

“This study is an important new resource for policy-makers and criminal justice practitioners, as it examines successful strategies to investigate and prosecute human trafficking in times of crisis. It also provides recommendations on supporting frontline responders and victims and building resilience to future crises.”

The publication shows that measures to curb the spread of the virus increased the risk of trafficking for people in vulnerable situations, exposed victims to further exploitation and limited access to essential services for survivors of this crime.

“The pandemic has led to major job losses in many sectors and this creates opportunities for criminal networks to take advantage of desperate people,” he adds.

The study found that children are being increasingly targeted by traffickers who are using social media and other online platforms to recruit new victims and profiting from the increased demand for child sexual exploitation materials.

“Experts who contributed to our study reported on their concerns about an increase in child trafficking. Children are being trafficked for sexual exploitation, forced marriage, forced begging and for forced criminality,” says Mr. Chatzis.

Due to lockdowns and limitations on anti-trafficking services, victims had even less chance of escaping from their traffickers.

With borders closed, many rescued trafficking victims have been forced to remain for months in shelters in the countries where they had been exploited instead of returning home.

Essential services that provide the support and protection victims rely on were reduced or even halted.

“When rescued victims are recovering from their ordeal, they often need regular assistance as part of the rehabilitation and reintegration process. This could be healthcare, counselling, legal aid or access to education and employment opportunities,” says UNODC’s Ilias Chatzis.

“In many cases this just stopped, putting survivors of trafficking at risk of being re-traumatized or even re-trafficked, especially those who had lost their jobs and were suddenly unemployed and destitute,” he adds.

Although many parts of the world came to a standstill, the COVID pandemic did not slow down human trafficking.

“Crime thrives in times of crisis, and traffickers adapted quickly to the ‘new normal’. They responded to the closure of bars, clubs and massage parlours, where exploitation can occur, by simply moving their illegal business to private properties or online,” he adds.

In some countries, police officers from specialized anti-trafficking units were reassigned from their regular duties to control national efforts to curb the spread of COVID, providing the traffickers with an opportunity to operate with less risk of being detected.

“The pandemic has taught us that we need to develop strategies on how to continue anti-human trafficking activities on a national and international level even during a crisis. We hope that the findings of our study and its recommendations will contribute to this,” says Ilias Chatzis.