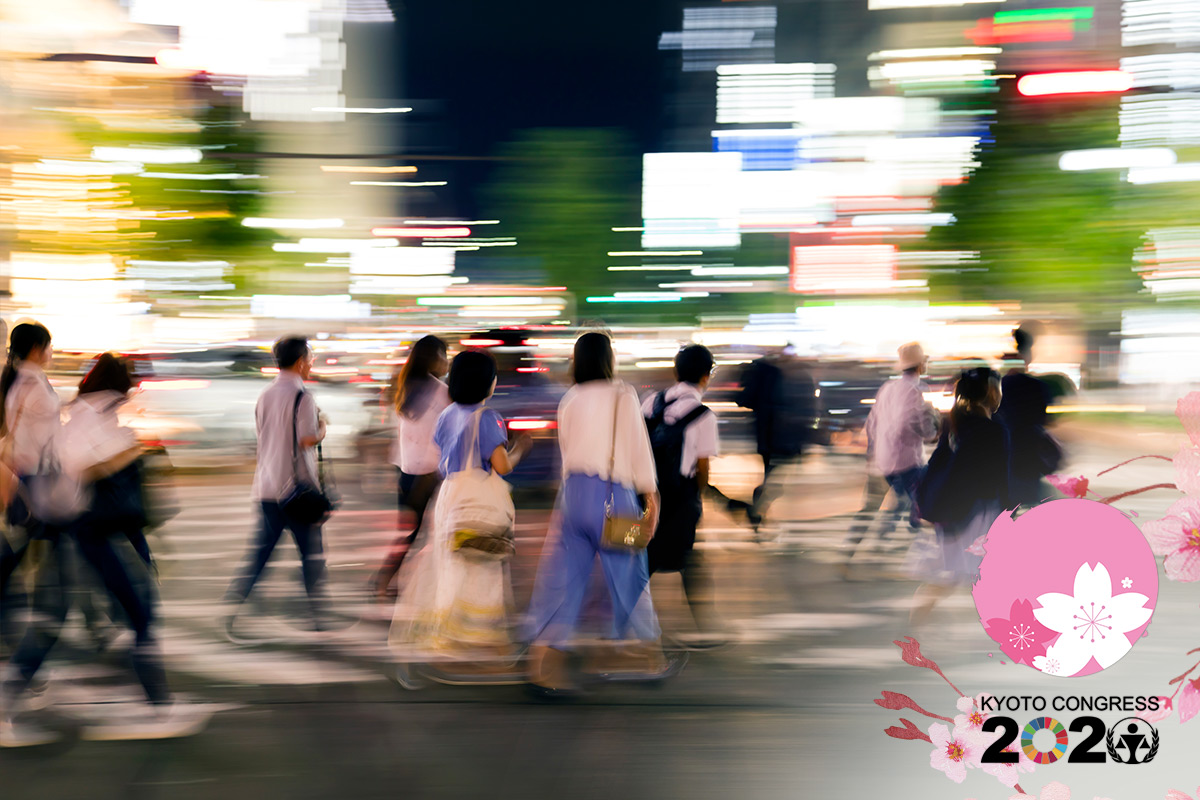 KYOTO/VIENNA, 9 March 2021 – Urbanization is closely linked with economic and social development. Yet, alongside this growth and advancement, cities across the globe are undermined by chronic insecurity, violence and corruption. “Globalization has compounded local vulnerabilities”, said UNODC Executive Director Ghada Waly in her pre-recorded message for the event on urban safety.

“Research by UNODC found that city safety is affected by cross-border flows of illicit firearms and drugs, by human trafficking and other crimes”, Ms. Waly continued, and highlighted that “In order to address safety and security at the national, regional and international levels, it makes sense to look to our cities.”

UNODC’s Urban Safety Governance Initiative emphasizes the need for a whole-of-government response, in close coordination with civil society, the private sector, academia and urban communities themselves. In 2020, in partnership with local and national authorities, UNODC carried out Urban Safety Governance Assessments in urban areas in Nairobi (Kenya), Tashkent (Uzbekistan), Mexico City (Mexico), and St. Michael and Christ Church (Barbados) to shed light on challenges and risks to urban safety and good governance, and identify priority areas of intervention.

The Mayor of Iztapalapa, in Mexico City, Clara Brugada, in her video message commended this cooperation with UNODC and said it has “provided us with technical knowledge about criminal phenomena and the way in which they appropriate territory and gain social legitimacy.” The assessment, she continued, “has [also] left us a broad set of recommendations to strengthen the performance of the Mayor’s Office on crime prevention.”

This urban safety governance approach builds on the Office’s extensive expertise on crime and violence prevention, its work on drug use prevention with youth and families, and in addressing crime in cities.

The Deputy Director of the Academy of the General Prosecutor’s Office in Uzbekistan, Uygun Nigmadjanov, stressed that “The implementation of the modern strategy on prevention of crime in Uzbekistan is of particular significance.” In his pre-recorded speech, he highlighted that “The modern concept of ensuring public safety and combatting crime presupposes a transition from a repressive system to a preventive one, aiming at identifying the causes and preconditions rather than at addressing the consequences.”

Leave no one behind

Equal access to justice for all is key in ensuring sustainable development and that all groups in society can equally enjoy their rights. “And yet, far too often, the poor and the marginalized, women, children, persons with disabilities, migrants and minorities, are unable to seek redress, make their voices heard or defend their rights in the criminal justice system”, said UNODC Executive Director Ghada Waly.

In her pre-recorded speech for the event looking at ways to guarantee access to justice for all, especially during the pandemic and in a post-COVID-19 world, Ms. Waly highlighted that by building capacity, UNODC “help[s] police and justice institutions, as well as providers of legal services, to empower those at risk of being left behind.”

Lord Chancellor and Justice Secretary Robert Buckland of the United Kingdom in his video message said the international community must take actions to ensure equal access to justice for all. “Those with vulnerabilities and special needs”, Mr. Buckland stressed, “require extra support throughout the process to ensure that not only are the doors of justice open, but that they have every opportunity to walk through them.”

He also voiced his hope “that we can commit to continue learning from each other and sharing best practices on what really works, and raising standards globally – so that collectively we can keep the door of justice open to everyone.”

Argentina’s Federal Public Defender General Stella Maris Martinez in her pre-recorded speech also highlighted the importance of providing services to poor and vulnerable groups of society. She said her office had been a pioneer “in the creation of a legal aid system which represents all victims of gender-based violence, including fair treatment of those victims who become offenders when trying to protect themselves against the perpetrators.”

“My country recently emerged from the era of tyranny and oppression”, Sudan’s Prosecutor General Tag l-Sir el-Hibir said in the message delivered on his behalf by video. He highlighted that “transitional justice in its final form aims to restore social cohesion, achieve communal peace and avoid reoccurrence of acts of atrocity.”

With the adoption of Sustainable Development Goal 16, the international community has agreed to promote the rule of law and ensure equal access to justice for all. This is important both to build societies and allow them to grow, and it is  also at the heart of the equality and non-discrimination requirement and overarching objective of the 2030 Agenda: to leave no one behind.

“The judicial cooperation networks rely on the ‘human element’ because direct contacts and mutual trust between the central authorities and other relevant officials are the basis for successful mutual legal assistance between states”, said UNODC Executive Director Ghada Waly at an event to  launching the South East Asia Justice Network (SEAJust).

The Prosecutor General of Egypt, Hamada El Sawy, in his pre-recorded speech commended the networks among prosecution services and law enforcement agencies as “one of the most important steps towards stronger international cooperation in criminal matters.”

Such cooperation, Mr. El Sawy said, “facilitates the identification of both substantive and procedural legal requirements due among different countries.” This, he continued, enables states which request judicial assistance to “exchange information and experience on a larger scale, and to succeed in their judicial endeavours to obtain evidence, extradite criminals, or confiscate and recover illicit proceeds.”

“The opportunity of cooperation between Iberoamerican, European, African and Asian networks gives the chance to expand our outreach and multiply the positive effects of working in unison”, said Prosecutor General of Spain Dolores Delgado in her video message. She also proposed the creation of a new platform offering the opportunity for the general secretariats and presidencies of all these networks “to get together to establish new links that allow all of us to benefit from one another.”

UNODC is supporting four judicial cooperation networks, in Central Asia and the Southern Caucasus, in Eastern and West Africa, and in Southeast Asia by facilitating cooperation between them and other networks around the globe.