Afghanistan: 37 per cent increase in opium poppy cultivation in 2020, while researchers explore novel ways to collect data due to COVID-19 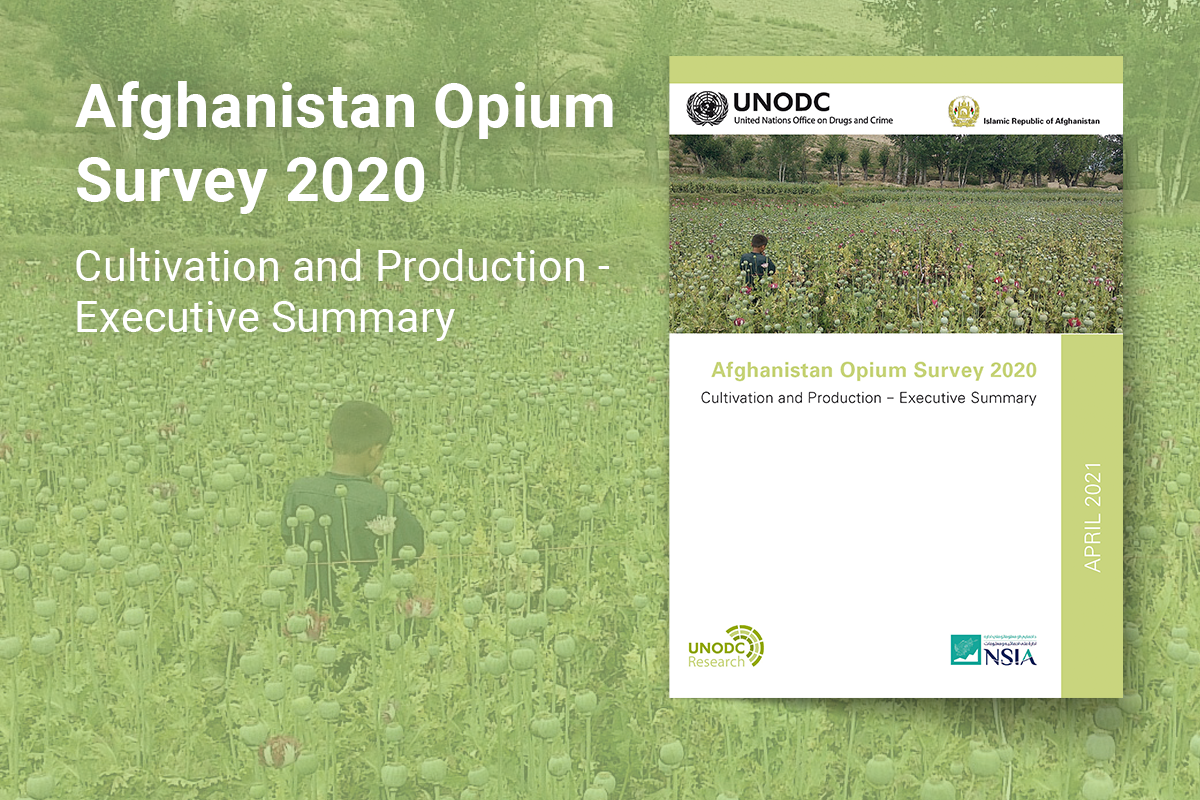 The Survey was jointly released by Afghanistan’s National Statistics and Information Authority (NSIA) and UNODC.

While the area under cultivation significantly increased in all main opium poppy-growing provinces, the South-western region remained country’s major opium producing region, accounting for 71 per cent of total opium production in Afghanistan.

The number of poppy-free provinces in the country decreased from 13 to 12 in 2020, with Kapisa Province in the north-east losing its poppy-free status.

From the collected data, the potential opium production was estimated at 6,300 tons.

Data collection during COVID-19 posed an unprecedent challenge to researchers. In-person field work was not possible during the current pandemic, which has led NSIA and UNODC to develop and use a new methodology to estimate yields based on satellite data.

The farm-gate value of opium production in 2020 was estimated at US$ 350 million, which is an important indicator for the overall income of farmers from opium cultivation. With US$ 55 per kilogram, farm-gate prices were at their lowest level since beginning of the monitoring, indicating that the economic situation for poverty- stricken opium farmers might soon become even worse.

Opium poppy cultivation is not a local problem. Converted into heroin it is not only consumed in Afghanistan and surrounding countries, but also in Europe which is the main destination for heroin produced in Afghanistan.

More detailed information on the location and extent of opium poppy cultivation and potential opium production will be presented in the forthcoming full Survey Report. These information are key for planning, implementing, and monitoring global counter-narcotic efforts.