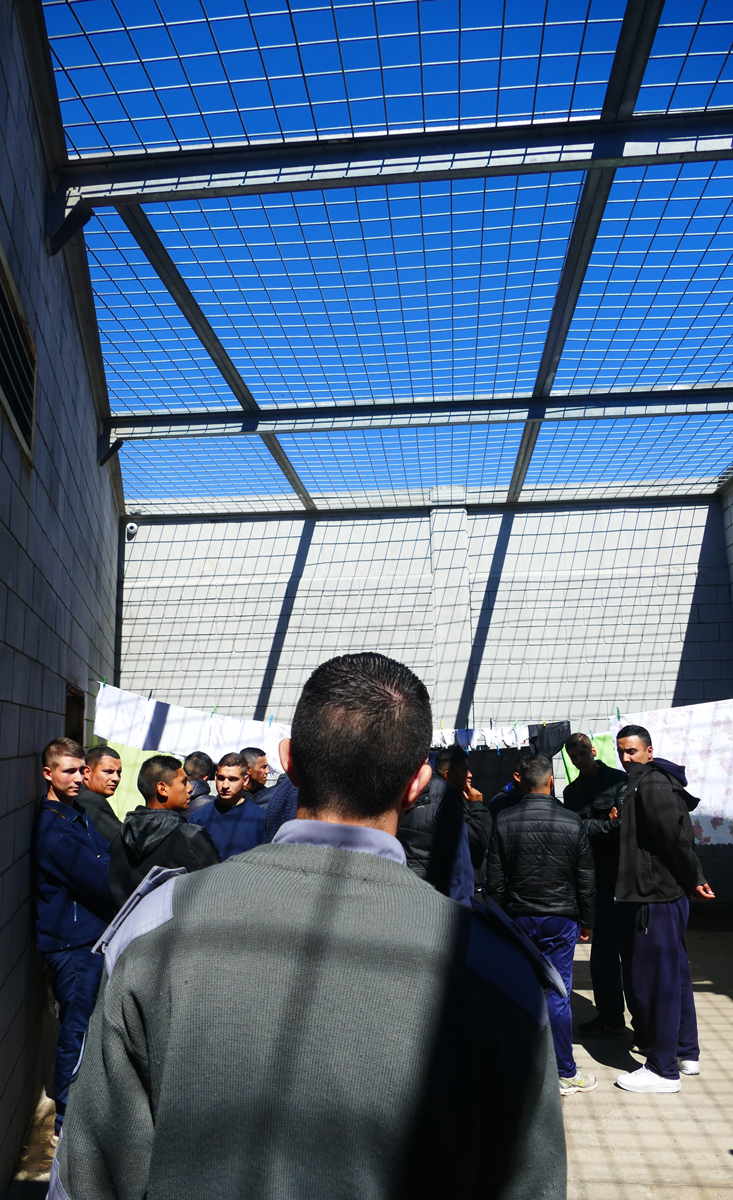 Vienna (Austria), 20 May 2021 – At the margins of the 30th session of the Commission on Crime Prevention and Criminal Justice, the Group of Friends of the United Nations Standard Minimum Rules for the Treatment of Prisoners, also known as the Nelson Mandela Rules, hosted the launch of the new United Nations System Common Position on Incarceration. The side event followed the formal opening of the CCPCJ, during which the UN Secretary-General, UNODC’s Executive Director and the UN High Commissioner for Human Rights had already highlighted this important achievement.

Led by UNODC, together with the Office of the United Nations High Commissioner for Human Rights (OHCHR) and the Office for Rule of Law and Security Institutions in the Department of Peace Operations (DPO), the Common Position constitutes the joint vision of the United Nations for supporting Member States to rethink the current overreliance on and implementation of incarceration.

The Common Position reiterates that prison systems around the globe continue to face fundamental challenges that undermine the ultimate purpose of a prison sentence. Instead of protecting society from crime and preventing re-offending by preparing prisoners for their social reintegration upon release, overincarceration, prison overcrowding, neglect and abuse rather reinforce inequalities, exclusion and marginalization in many countries.

Accordingly, the United Nations system at large commits to enhancing advocacy and technical assistance aimed at (i) shifting policies towards prevention and non-custodial measures; (ii) improving prison conditions and strengthening prison management; and at (iii) advancing the rehabilitation and social reintegration of offenders. The Common Position firmly positions prison reform and the treatment of offenders as urgent justice and rule of law priorities, and as an integral part of the 2030 Agenda for Sustainable Development’s commitment to “leave no-one behind”.

In her opening remarks, UNODC Executive Director Ms. Ghada Waly expressed her sincere hope that the Common Position’s findings and recommendations “will spark new approaches to incarceration and rehabilitation, while prioritizing human rights and evidence-based policies.”

The two Co-Chairs of the Group of Friends of the Nelson Mandela Rules, Ambassadors Rapulane Molekane (South Africa) and Gerhard Küntzle (Germany) welcomed the United Nations System Common Position on Incarceration as an important milestone and evidence of a genuine “one-UN” approach. Ambassador Rapulane Molekane emphasized that “we must enhance our efforts to tackle the root causes of over-incarceration, poor prison conditions and re-offending”. The priority areas in the UN Common Position “should now be replicated by similar awareness, direction and support from our side as Member States”.

In her keynote intervention on behalf of OHCHR, Assistant Secretary-General for Human Rights Ilze Brands Kehris recalled that “COVID-19 has exposed the extent of the global incarceration crisis by worsening the conditions in detention centers and severely undermining the human rights of persons deprived of their liberty”, and called for long-term, structural and social reform. On behalf of DPO, Assistant Secretary-General for Rule of Law and Security Institutions Alexandre Zouev warned that the overuse of imprisonment and poor prison conditions “can represent a serious risk for peace and security in peace operations and other fragile settings”, also pointing to an enhanced risk of mass escapes and the radicalization of prisoners to violence.

For all of the above-mentioned reasons, UNODC’s Director for Operations Miwa Kato emphasized that “the Common Position is not shying away from advocating for a paradigm shift when it comes to criminal justice policies and the resort to incarceration”: Namely, from punishment and isolation to prevention, rehabilitation, restorative justice and social reintegration.

As the custodian of the Nelson Mandela Rules and on the basis of its double mandate on criminal justice and health, UNODC will endeavour to give practical meaning to the Common Position. Priorities will include efforts to significantly enhance the Organization’s portfolio of technical assistance; strengthen its data collection around incarceration; more broadly disseminate its extensive guidance material around prison and penal reform; and consistently integrate a strong gender perspective and responsiveness.

Message of Mr. António Guterres, United Nations Secretary-General, to the 30th session of the Commission on Crime Prevention and Criminal Justice

Statement of Ms. Ghada Waly, Executive Director, United Nations Office on Drugs and Crime, at the Opening of the 30th session of the Commission on Crime Prevention and Criminal Justice

Statement by Ms. Michelle Bachelet, United Nations High Commissioner for Human Rights, at the Opening of the 30th session of the Commission on Crime Prevention and Criminal Justice

Statement by H.E. Mr. Rapulane Molekane, Permanent Representative of South Africa to the United Nations (Vienna), Co-Chair of the Group of Friends of the Nelson Mandela Rules

The Group of Friends of the Nelson Mandela Rules