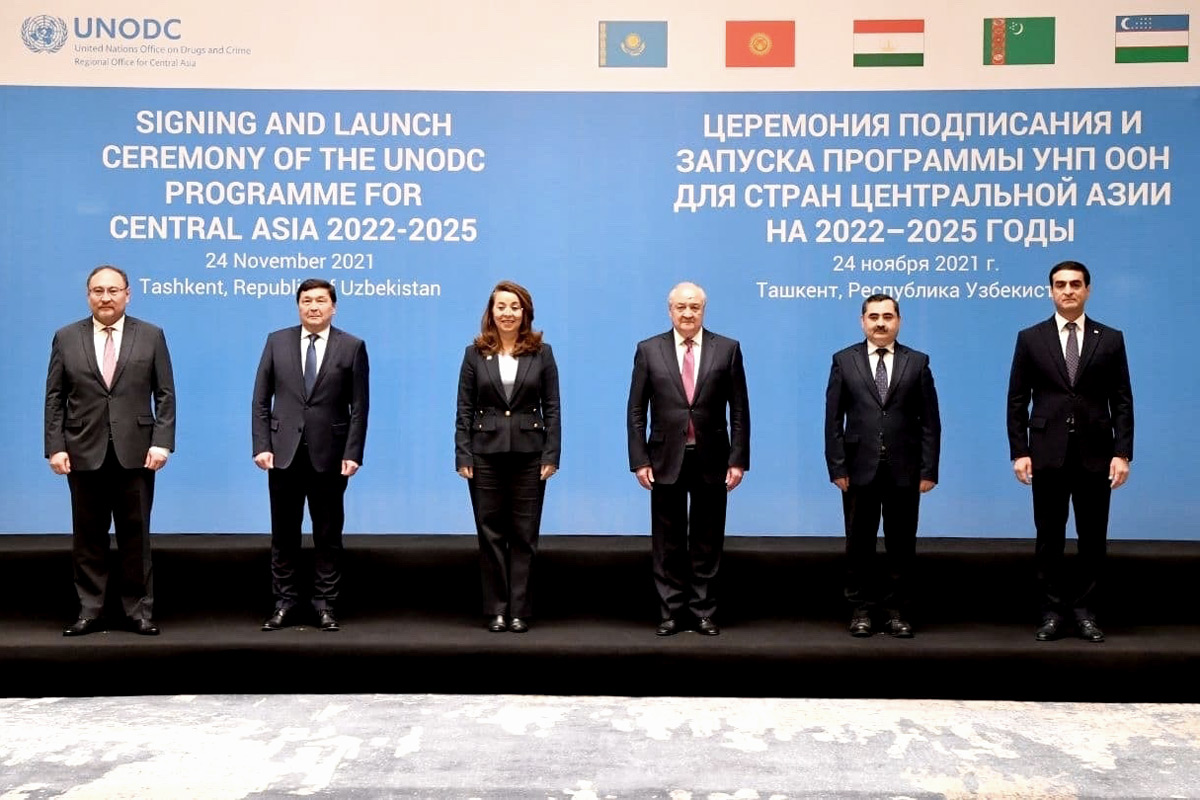 Through the new programme, UNODC will deliver effective, efficient and accountable technical assistance to Member States, to support peace, security, human rights and development by making the region safer from drugs, crime, corruption and terrorism.

Mr. Abdulaziz Kamilov, Minister of Foreign Affairs of the Republic of Uzbekistan and Ms. Ghada Waly, UNODC Executive Director, opened the signing and launch ceremony of the Programme, which was attended by some 200 high-level officials, including representatives of Central Asian governments, the donor community, and the media.

Ghada Waly said: “The new Programme for Central Asia is fully aligned with national priorities and the Sustainable Development Goals, in particular targets to achieve peaceful societies and accountable justice institutions, gender equality, health, and global partnerships within a rule of law and human rights framework”.

“The issue of effective regional interaction in countering transnational threats in the context of globalization and transformation of international conflicts is undoubtedly one of the priority tasks on the agenda of our countries. The issues reflected in the UNODC Programme for Central Asia are of great importance for further enhancing the effectiveness of our interaction in combating the multifaceted problem of transnational threats”, stated Mr. Abdulaziz Kamilov, Minister of Foreign Affairs of the Republic of Uzbekistan, in his opening speech.

The UNODC Programme for Central Asia 2022-2025 was developed through a comprehensive, year-long participatory consultation process with all countries in the subregion. The Programme is consistent with the UNODC Strategy 2021-2025, and is informed by the best practices of the previous cycle, implemented from 2015 to 2021.

With an estimated projected budget of USD 90 million, the programme will cover strategic priorities to support healthy, safe, and secure communities in Central Asia, resilient to the threats posed by drugs and crime, and equipped with fair, effective, and accountable justice systems.

The programme acts as a strategic framework for regional cooperation, focusing on technical and expert support based on priorities outlined by the five Central Asian States, reflected in five pillars:

Focusing on these priorities, UNODC aims to improve the responsiveness, efficiency and effectiveness of its support to Central Asia’s states, including in addressing intersecting drug, crime and terrorism challenges in the region in the context of the evolving situation in Afghanistan.