With the support of the European Union, UNODC presented the Coca Crop Monitoring Survey Report 2020 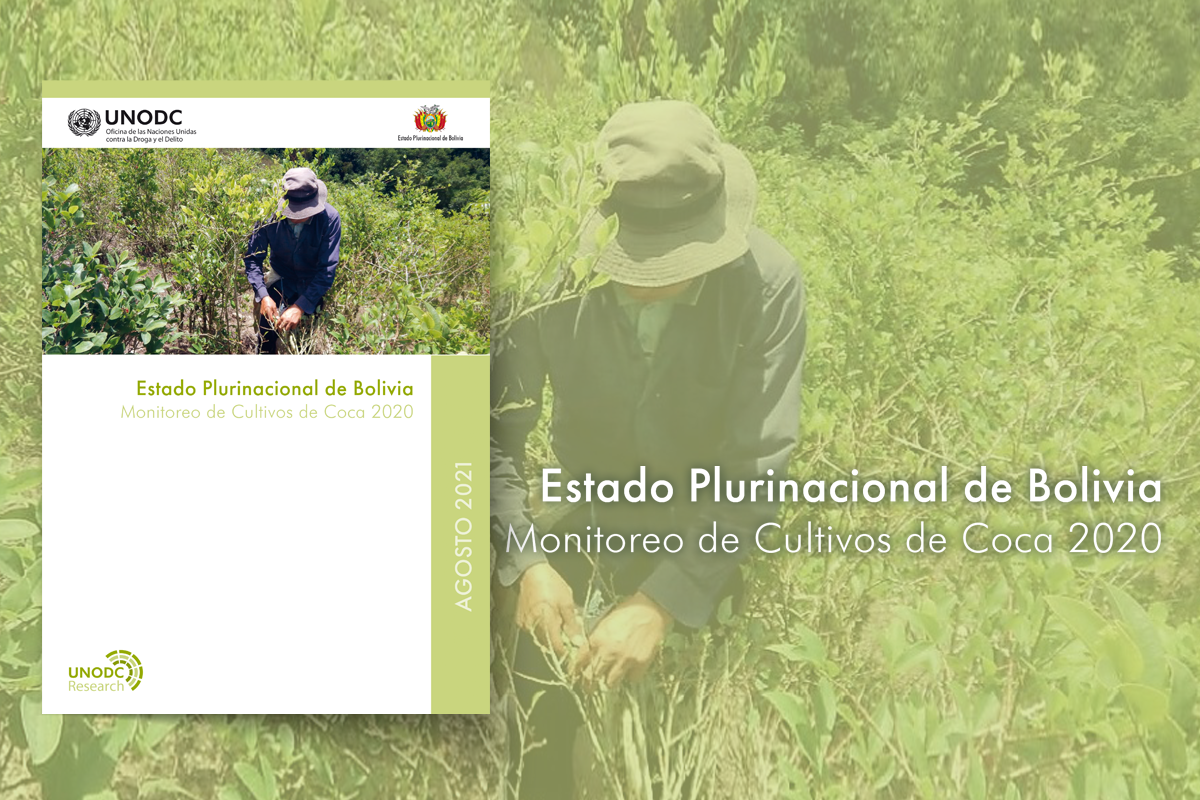 La Paz/Vienna, 1 September 2021 - With funding from the European Union, the United Nations Office on Drugs and Crime (UNODC) and the government of the Plurinational State of Bolivia presented yesterday in La Paz the Coca Crop Monitoring Survey Report 2020. This report shows a 15 percent increase in the area under coca cultivation compared to 2019. The area cultivated with coca increased by 3,900 hectares (ha) from 25,500 ha in 2019 to 29,400 ha in 2020.

These figures reflect the main findings of the latest Coca Crop Monitoring Report in Bolivia, carried out in the framework of the UNODC Support Program, financed by the European Union Delegation in Bolivia, for the Implementation of the Action Plan of the Strategy to
Combat Drug Trafficking and Reduce Surplus Coca Crops of the Plurinational State of Bolivia