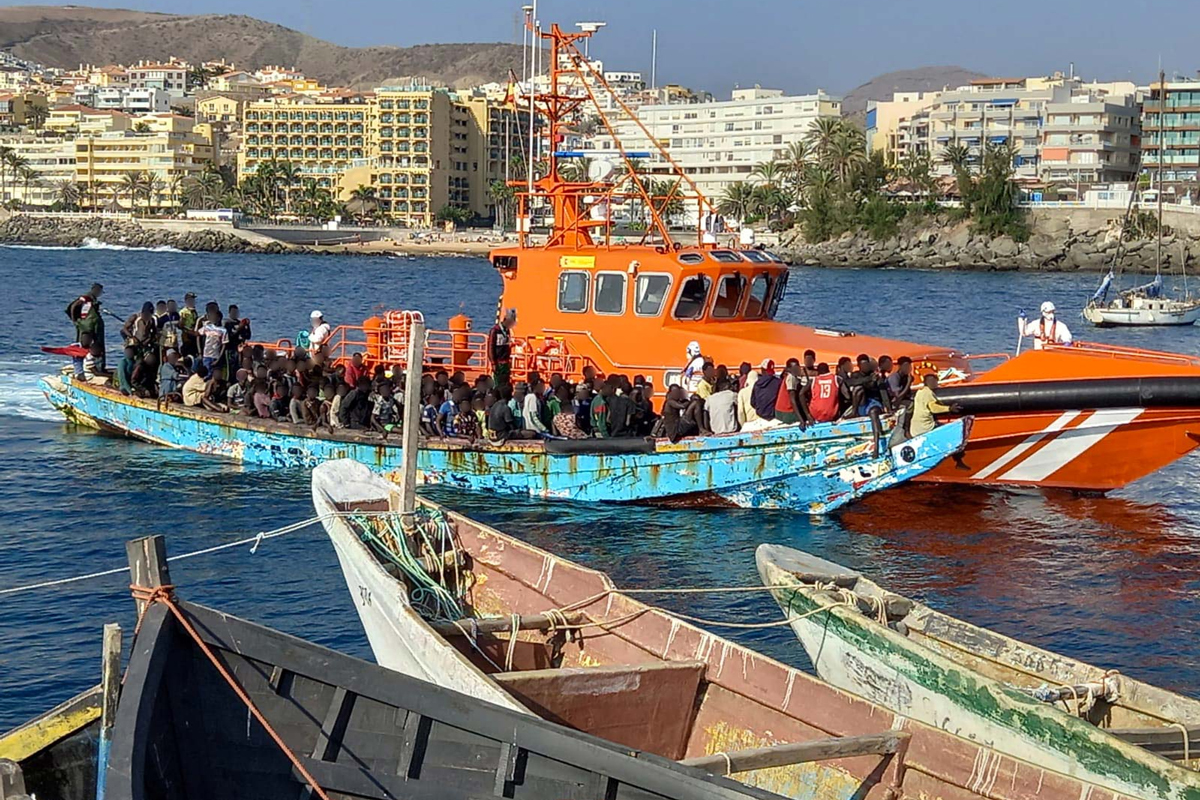 Canary Islands (Spain), 9 August 2022 - In the final months of 2020, when the world was still reeling from the effects of the COVID-19 pandemic, thousands of smuggled people arrived on the Canary Islands of Spain, in numbers not seen on the islands for over a decade.

A crackdown on migrant smuggling on certain sea routes can lead to increased use of alternative routes, worsening the risks for people who are smuggled by sea. New research by the United Nations Office on Drugs and Crime (UNODC) Observatory on Smuggling of Migrants shows that an increasing number of West and North African people are smuggled by sea from the Northwest African coast - Senegal, The Gambia, Mauritania, Morocco, and the Disputed Territories of Western Sahara - to the Canary Islands. The research links this increase to a decrease in smuggling from northern Morocco to mainland Spain on the Western Mediterranean Route.

Data and information on the routes, financial aspects, drivers, and impacts of migrant smuggling can equip states to better respond to prevent and combat migrant smuggling and protect the rights of smuggled people. The UNODC Observatory on Smuggling of Migrants is designed to provide such up-to-date evidence.

The Observatory research indicates that, while Spanish authorities subsume girls, boys, and women smuggled on this route under one category for data collection purposes, women and children generally do not travel together. Their experiences also differ significantly from those of adult men, as described in one instance by a West African man: “We had to lift ourselves up into the boat. It was really high, over my head. I managed to climb in, but it was hard. The two young women in our group couldn’t get on; it was too hard for them to climb in. We left them behind.”

An effective way to prevent smuggling of migrants would be to increase regular migration options, as recommended by the UN Working Group on the Smuggling of Migrants last year. Many people try and fail to migrate regularly before resorting to migrant smugglers. A West African woman smuggled to the Canaries described: “I applied for a visa four times, but it was refused each time. […] I even paid an intermediary […], because I was told that you need to know someone at the Embassy to be granted the visa, but it did not work. There is so much corruption. After these rejections, I decided the next-best option would be to go to Morocco and try to reach Europe from there.”

Criminal justice responses to smuggling on this route are not having the desired effect. Investigations and prosecutions on the Canaries are often aimed at boat drivers, who navigate the boat in return for a free or discounted passage. Last year, for instance, around 150 boat drivers were arrested and investigated for smuggling of migrants and related charges on Gran Canaria, Spain. Yet the members of crime groups on the Northwest African coast that organize smuggling of migrants along this route are rarely targeted by law enforcement activity.

Responding to the research, Mr. David Martínez Ibort, Chief of Section, Provincial Brigade for Immigration and Borders, Gran Canaria, Spain, commented: “Such research is always useful for our daily work fighting against migrant smuggling. It is a much harder task to prosecute organizers, because they are normally in a third country rather than in Spain. But sometimes we are successful. For instance, two organizers in Morocco are now being prosecuted in the Court of Las Palmas. Another point to debate in this research is regarding the skippers. It is true that some of them are not affiliated or fully engaged in a criminal network, especially concerning West Africans, but it is not always the case for North Africans.”

To avoid interception on the shorter journey from Morocco and Western Sahara, people are smuggled from Senegal, The Gambia, and Mauritania. Boats navigate southwards, outside of search and rescue zones and cell phone networks, and sometimes get caught in strong currents towards the Caribbean Sea. The true number of people who die during the journey is likely higher than recorded figures of between 1,176 (according to the International Organization for Migration) and 4,016 (according to the non-governmental organization Caminando Fronteras) people dead or missing on this route during 2021. Many deaths go unrecorded due to limited capacities to retrieve and identify the bodies of people who lose their lives off the Northwest African coast and the Canaries, in international waters and in the Caribbean.

The UNODC Observatory on Smuggling of Migrants regularly updates its analysis to provide real-time information and to allow for longitudinal assessment. The Observatory will launch more new research next month, focusing on migrant smuggling from Nigeria. UNODC hopes that this research will be used to prevent and combat migrant smuggling, while protecting the rights of people who are smuggled.

For additional details on smuggling demand; key routes and hubs; smugglers’ profiles; smugglers’ fees; and abuses suffered in the context of smuggling, visit the Observatory here.