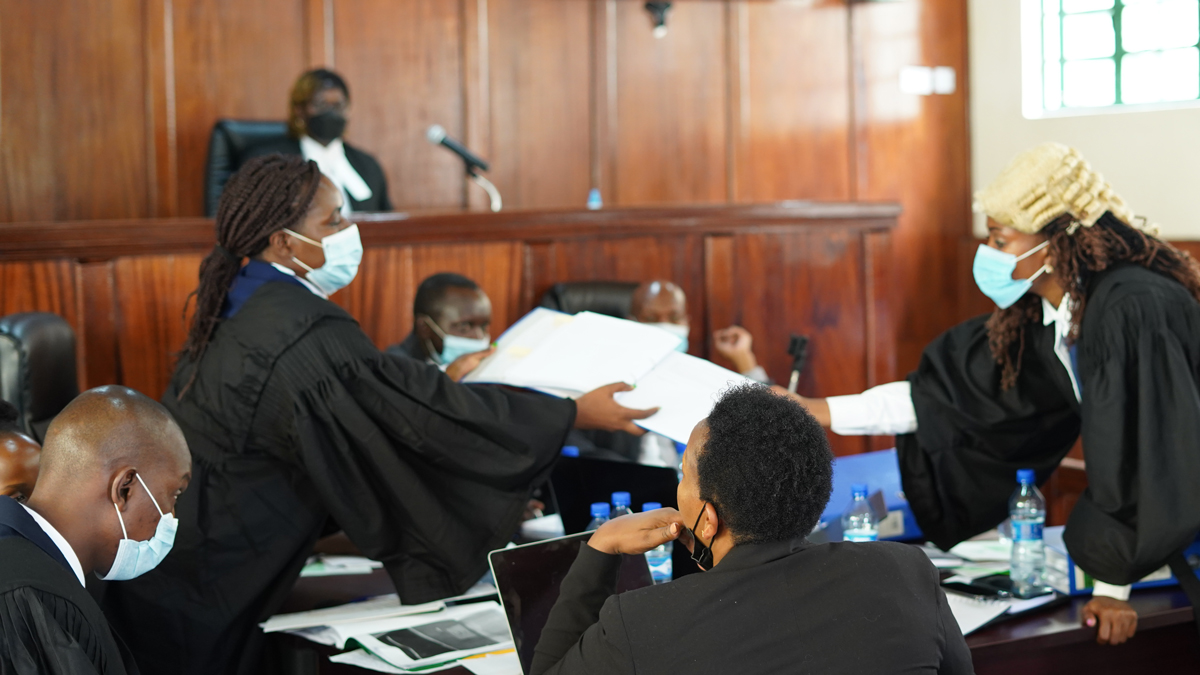 Participants at the simulated trial in Kenya. © UNODC

Kenya, 18 August 2022 – Pirates commandeering a ship - it might seem like a remote, historical problem, seen mostly in movies and children’s adventure books. But modern maritime piracy remains a serious problem across the globe. According to the International Maritime Organization (IMO), there were 229 piracy attacks in 2020, during which over 100 people were held hostage, several of whom were wounded. Piracy attacks also have the power to disrupt transport and trade flows and potentially increase economic and political instability and food insecurity.

Ensuring that perpetrators of such attacks are brought to justice is crucial to a functioning economy and boosting the safety and security of the maritime industry. The United Nations Office on Drugs and Crime (UNODC), through its Global Maritime Crime Programme (GMCP), works closely with governments across the globe to increase capacity to successfully prosecute criminals.

One example of such cooperation is through simulated trials in the Western Indian Ocean region of East Africa, held in cooperation with INTERPOL. During the trials, UNODC simulates a maritime crime case with prosecutors, defense lawyers, investigators and maritime law enforcement officers of a country.

The simulated trials help the government and participants to identify potential gaps in domestic legal frameworks when it comes to maritime crime cases, i.e., loopholes that criminals could exploit. Such inconsistencies can doom efforts to prosecute piracy cases, leading to impunity for the accused and limiting access to justice for wronged parties.

The simulations, which take within real court rooms, also help train prosecutors and judges in maritime crime cases, building capacity on challenges like case preparation, evidence handling, witness examination, and case management. In 2022, UNODC successfully conducted simulated trials in Kenya, Seychelles, and Mauritius, with the objective of expanding such exercises to other countries in the region.

“We held a mock boarding exercise [i.e. the participants boarded a ship], where we were taught how to manage crime scenes and handle evidence found at sea…We were also taught how to present such evidence in court,” noted Everlyne Nyambura, police corporal in Kenya’s Coast Guard Services, after the simulation trial in Mombasa. “After this, I will be a better investigating officer.”

“With the simulated trials, it shows that combating crime is taken very seriously [in Seychelles],” declared Frank Ally, Attorney General of the Seychelles. “We hope that this collaboration will be taken further into setting up a maritime crimes unit and eventually a maritime crimes act.”

The next simulated Trial in 2022 will be held in Tanzania from 12-16 September.

These simulated trials were held thanks to the generous support of the United States of America’s Bureau of International Narcotics and Law Enforcement Affairs (INL).  The GMCP program works to strengthen regional cooperation, maritime law enforcement capacity and prison systems. To learn more, click here.