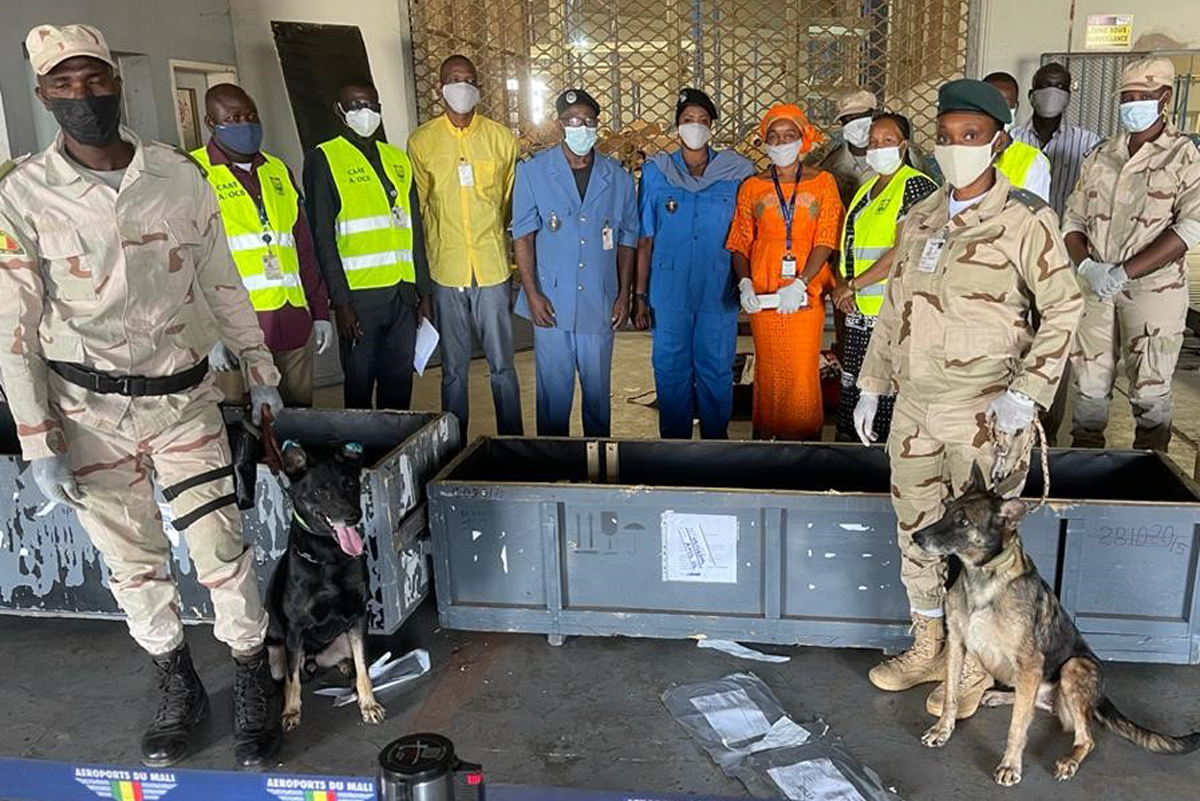 Vienna (Austria), 5 January 2022 – In a two-week long operation against firearms trafficking in the Sahel, 850 officers from across relevant law enforcement agencies seized a total of 594 firearms and several thousand rounds of ammunition, including among suspected terrorists, early December last year.

The operation, code named KAFO, has taken place for the third consecutive year with the involvement of police, gendarmerie, customs, anti-trafficking airport cells, maritime authorities, as well as border and prosecution units and it aimed to disrupt illicit firearms trafficking flows.

Over the years, the operation has proven to help to better understand the extent and nature of this crime in the region, including the links between firearms trafficking and other kinds of crime.

During the operation, more than a hundred suspects were questioned and arrested. Investigations are ongoing to further establish the links between firearms trafficking and other kinds of trafficking and criminality, including terrorism.

“The work does not stop here,” said the head of UNODC’s Global Firearms Programme, Simonetta Grassi. “Our objective is to continue working with these countries to support the investigation and prosecution of cases that have been opened as a result of the operation.”
Ms. Grassi highlighted that this was an ongoing process, as “In the past two years UNODC set up a mentorship programme to support investigations, prosecution, and adjudication of firearms trafficking and related cases.” She added that “The operation in itself becomes a capacity building exercise that contributes to international cooperation on these matters.”
The coordination of the operation at the national level was made possible under the leadership of the National Commissions on Small Arms and Light Weapons as well as INTERPOL’s National Central Bureaus.

Commissioner Paul Sidibe, from the INTERPOL National Central Bureau in Mali welcomed the operation, saying that “The effect of operation KAFO has been very positive for the region, these operations are a good example of the efforts against the illicit circulation of firearms.”

The two-week long operation was preceded by several months of coordination and pre-operational capacity building activities delivered at the regional and national level since the beginning of the year, including on the detection of firearms trafficking and equipping criminal justice systems with the tools to conduct proper investigations and prosecution of related crimes.

UNODC supported operation KAFO III through its Global Firearms Programme, the Sahel Programme and AIRCOP. The operation also received support from the G5 Sahel, through its Rapid Action Groups – Monitoring and Intervention in the Sahel (GARSI).

Operation KAFO III was made possible with the support from Germany, France and Italy.