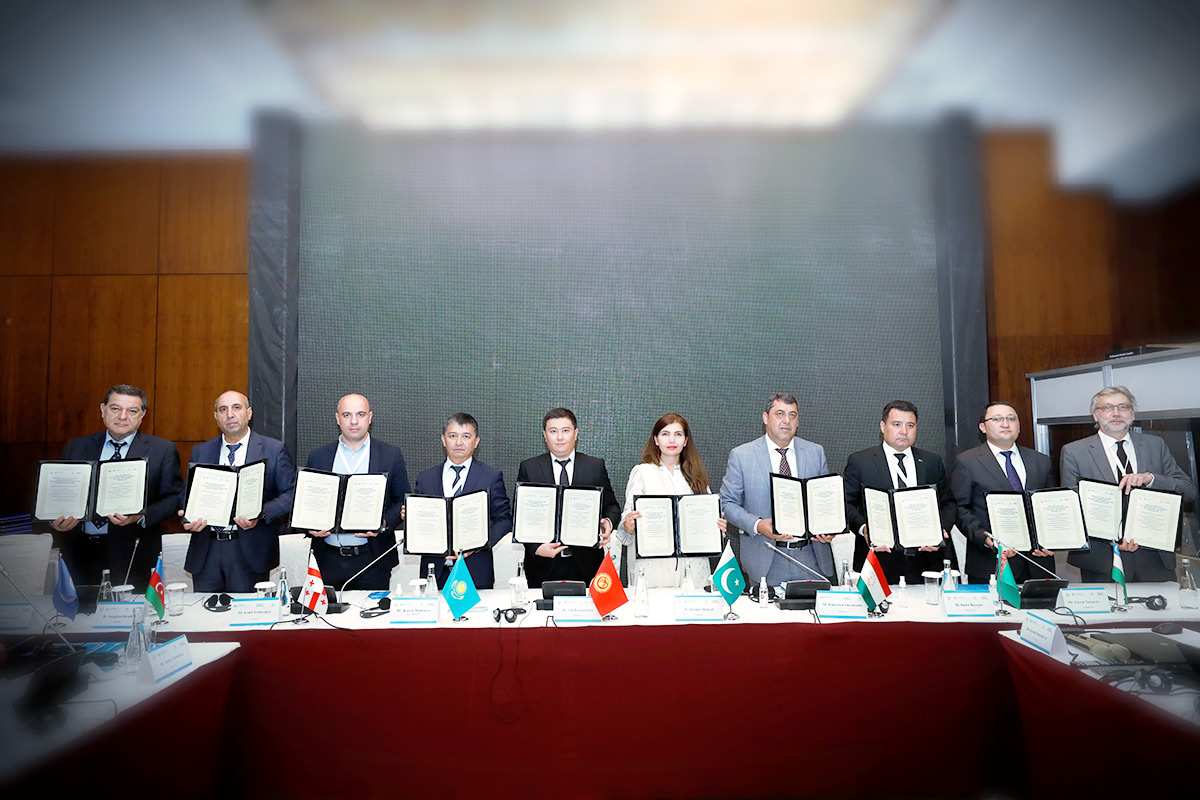 Dushanbe (Tajikistan), 13 June 2022 - Illicit drug trafficking and other forms of organized crime channelled through Afghanistan continue to cause major challenges for its neighbouring countries in Central Asia and the Southern Caucasus, as well as Pakistan. Organized crime poses a major threat to nations’ economic development and to the safety and security of the international trade supply chain.

To effectively address illicit drug trafficking in the region, on 22 May 2019 the heads of customs authorities of nine nations1 agreed to set up regular information exchange on high-risk consignments via a memorandum of understanding. The agreement was sealed in Tashkent and was named the Inter-Regional Network of Customs Authorities and Port Control Units (IREN Network). In 2021, Azerbaijan became the Network’s tenth participating country.

The launch of the IREN Network has led to seizures of 587 kg of drugs (580 kg of heroin); 127,344 pills of anticonvulsant Regapen; 55 tons of ferrosilicon; 550,000 pieces of tobacco products; and 237 tons of consumer goods. It has prompted revenue collection cases and detention of members of organized crime groups.

Customs authorities from eight2 of the ten IREN Network members convened on 25-26 May 2022 in Dushanbe, Tajikistan, under the United Nations Office on Drugs and Crime (UNODC) and World Customs Organization-led Global Container Control Programme (CCP).

CCP works closely with the Customs administrations and other competent authorities in the region to strengthen the operation, and expand the number, of port and air cargo control units at key transit corridors to prevent the trafficking of illicit goods, organized crime, and terrorism, and to strengthen trade facilitation. It promotes a practical regional cooperation framework for information exchange among Customs and border control agencies that can identify and suppress high-risk consignments. In the Southern Caucasus and Central Asia, as well as in Pakistan, training officials in dedicated container profiling is at the heart of the programme.

At their seventh annual interregional meeting, the Customs authorities stressed the importance of strengthening cooperation in suppressing high-risk consignments in the context of suspected increases in drug smuggling from  Afghanistan, along with facilitation of legal trade.

Opening the meeting, UNODC’s representative in Central Asia Ashita Mittal remarked: “Recent developments require law enforcement agencies across the region to pay greater attention to border security, cargo control and fostering collaboration to prevent and counter transnational organized crime. The CCP is an important element of UNODC’s comprehensive strategic approach to doing this throughout the region.”

As an outcome of the meeting, Customs officials adopted a declaration which will pave the way for institutionalizing further the role and functions of the IREN Network, establishing and maintaining more port and air cargo control units, and creating targeted national training centres. The network will place a dedicated CCP regional trainer in the region, establish pre-arrival data exchange between control units, enhance cooperation between Customs and the private sector, and survey existing anti-corruption legislation and strategies in CCP participating countries.

“Interagency cooperation and information exchange are effective ways to increase the capacity of Customs authorities to identify high-risk containers. Together, we will create a more effective container control mechanism among Customs administrations,” stated Mr. Azim Tursunzoda, First Deputy Head of the Customs Service of Tajikistan. “It will significantly enhance the effectiveness of our work preventing drug trafficking and the economic development of CCP-participating countries,” he added.

UNODC’s Tofik Murshudlu noted that “CCP has established more than 30 port and air cargo control units in the region. Under the terms of this declaration, the programme will continue to add sea, dry and airports, which will bring clear results in terms of seizures of drugs and other illicit goods.”

The regional segments of the CCP for the Central Asian and the Southern Caucasus regions and Pakistan are funded by the Governments of Canada, Germany, Japan, and the United States.