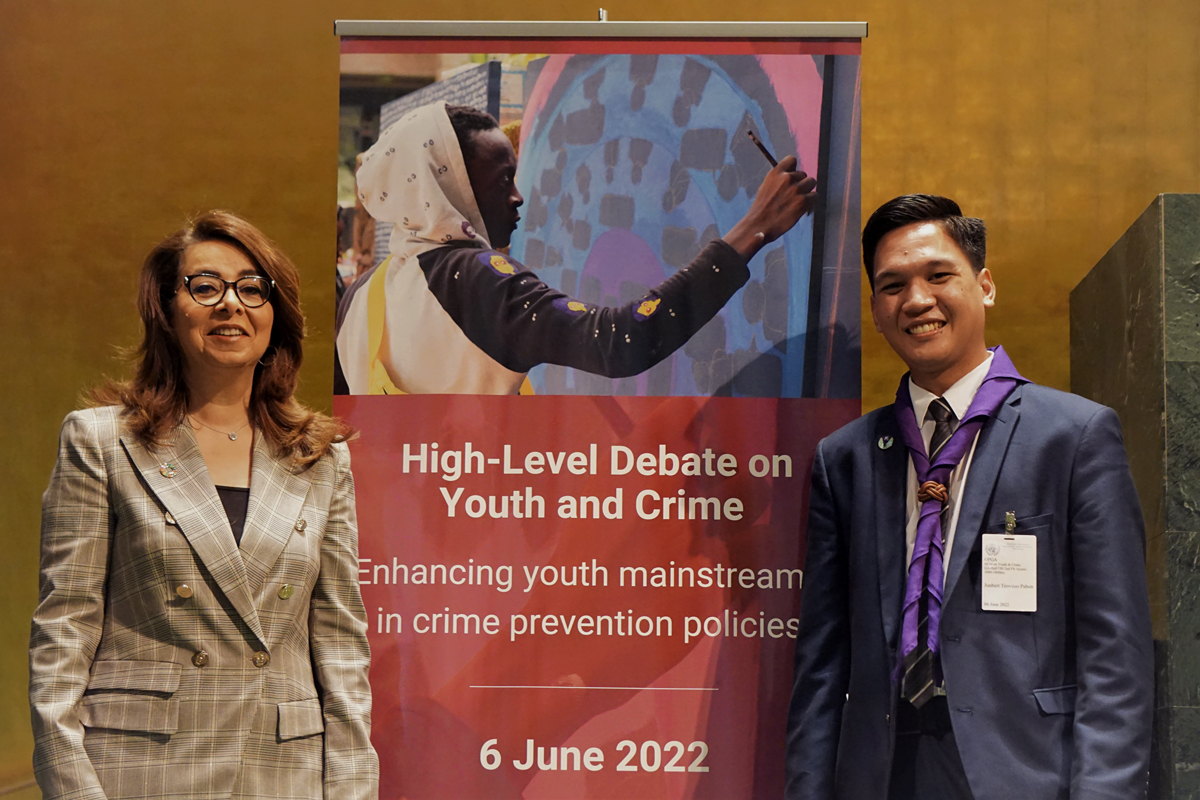 Ms. Waly and Mr. Pabon at the General Assembly.  © UNODC

New York (USA), 14 June 2022 – While young people constitute over 1.2 billion people, they are also disproportionately affected by crime and violence. For example, the UN Office on Drugs and Crime (UNODC)’s Global Study on Homicide indicates that homicide is among the leading causes of death among young people (aged 15-29 ) in some countries. Moreover, there is a prevailing perception among young people that there are still not enough opportunities for their meaningful engagement in preventing crime and promoting the rule of law.

The event was timely as it builds upon the work of the Kyoto Declaration in promoting more inclusive and holistic practices to assist Member States in crime prevention policies. It also builds off of the Secretary-General’s Report “Our Common Agenda” and the Youth 2030 Strategy to further highlight the impact of young people as key agents of change in effectively addressing many world economic and social challenges and have great potential to advocate for themselves and their communities.

The event was opened by His Excellency Mr. Abdulla Shahid, President of the General Assembly, followed by a statement by Deputy Secretary-General, Her Excellency Ms. Amina J. Mohammed, as well as a speech by UNODC’s Executive Director, Ms. Ghada Waly.

Mr. Junbert Pabon, a young Representative for Peace for the World Organization of the Scout Movement, also provided insights as a young person who works within the criminal justice system to promote and support the rehabilitation of children and youth deprived of their liberty.

In statements made by Member States and the European Commission, attention was drawn to key risk factors – such as access to opportunities, mental health and poverty - that directly impact young people and ways to strengthen youth resilience to crime. In the afternoon, an interactive panel discussion was held on “Mainstreaming youth in crime and prevention policy development and evaluation”. In the panel discussion, the Austrian State Secretary on Youth, academics, youth representatives and other UN entities noted the importance of preventing crime among young people and at the same time having them be meaningfully engaged in prevention efforts while using inclusive processes for all.