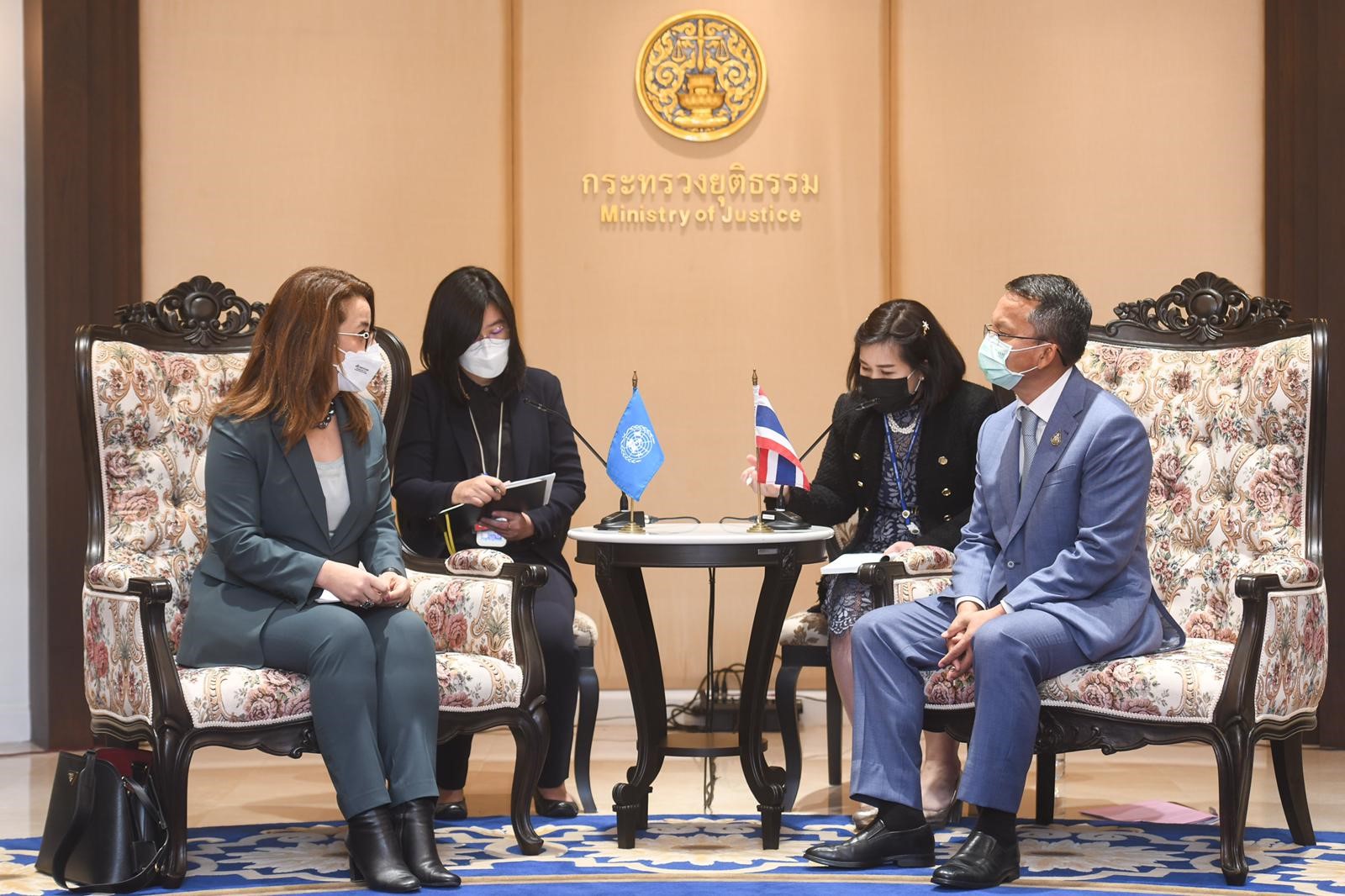 Bangkok (Thailand), 30 March 2022 – Transnational organized crime and illicit trafficking continue expanding in Southeast Asia and the Pacific, threatening the health, livelihoods and security of communities. Inequalities within the region continue to increase, in part due to the COVID-19 pandemic, with crucial implications for crime and security trends.

Against this backdrop, the United Nations Office on Drugs and Crime (UNODC) has designed a new Regional Programme for Southeast Asia and the Pacific for the period 2022–2026. The Regional Programme will translate UNODC’s expertise in key thematic areas — the response to illicit drug trafficking, transnational organized crime, corruption and economic crimes, terrorism, and building accountable criminal justice systems — to the region, contributing to making it safer and more resilient. 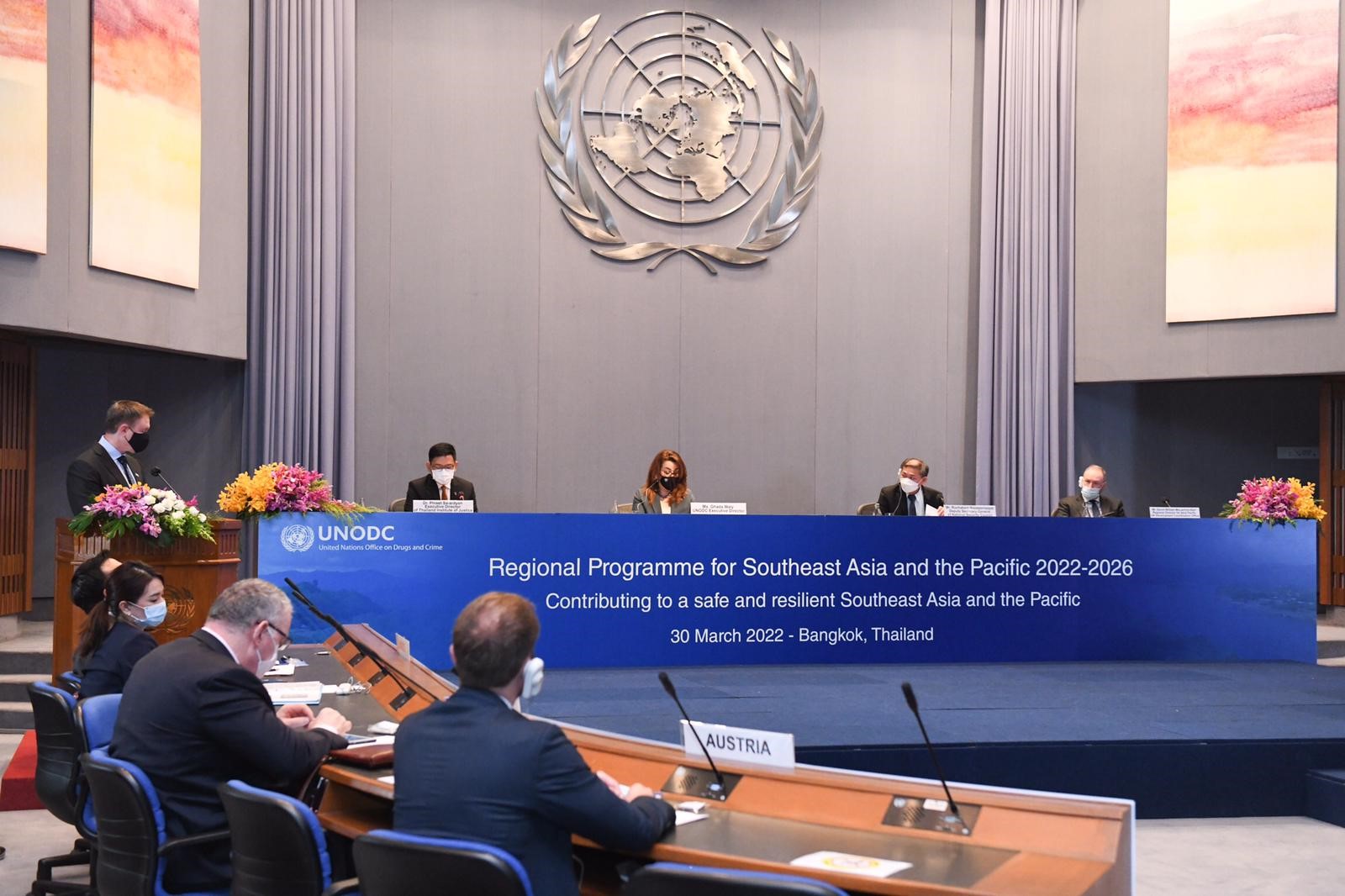 Announcing the programme in Bangkok, UNODC Executive Director Ghada Waly emphasized UNODC’s renewed support to countries in the region, stating: “the new Regional Programme represents UNODC’s commitment to preventive strategies that will improve the lives of all people in Southeast Asia and the Pacific, leaving no one behind.”

While the new Regional Programme harnesses UNODC’s global expertise in its traditional mandate areas, it also offers swift and urgent assistance to crisis situations, informed by lessons from the recent global pandemic and other crises the region has experienced. It is centred upon supporting and empowering people, particularly women, youth and the society’s most vulnerable. 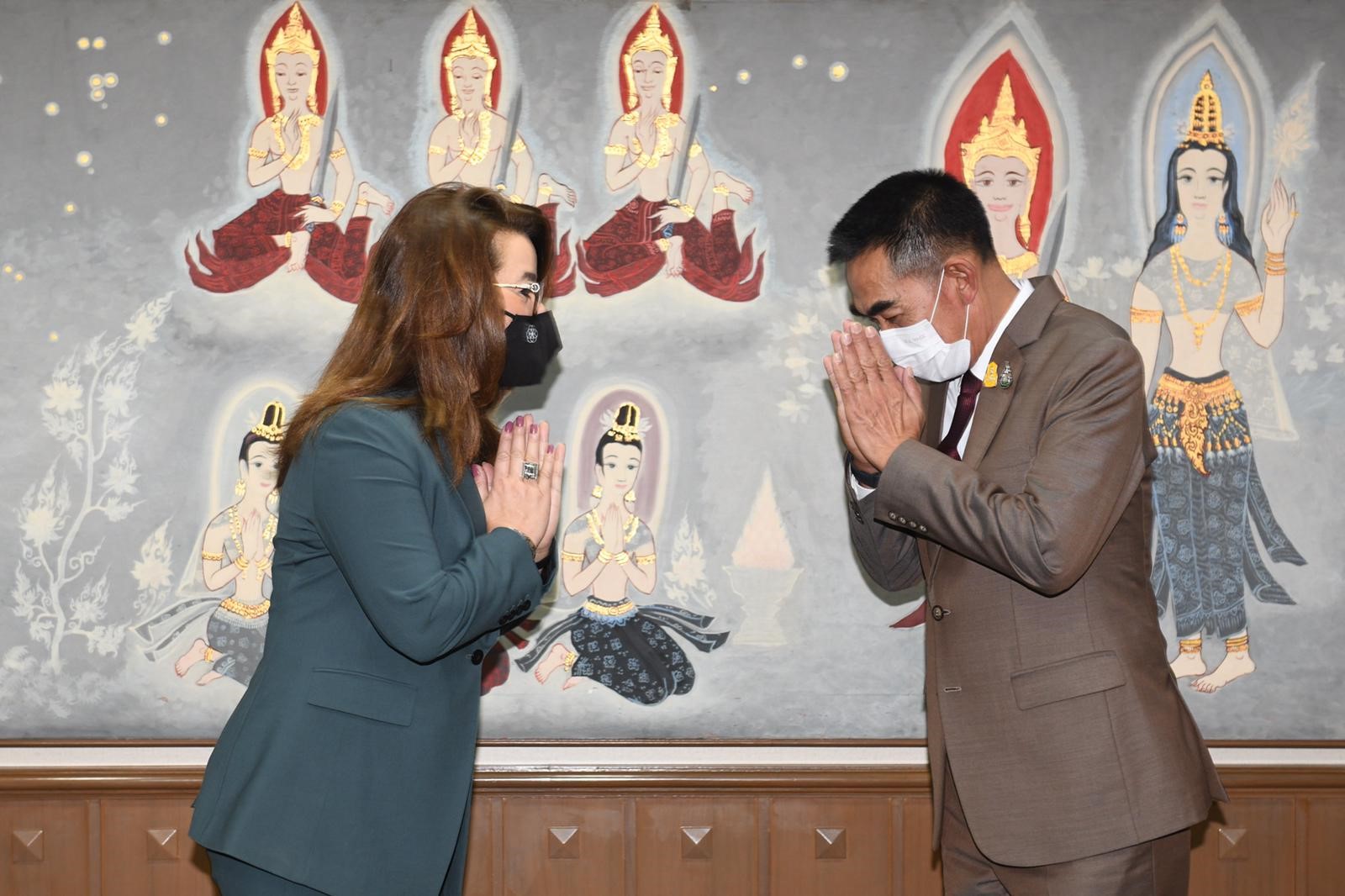 At the launch, UNODC’s key partners in host country Thailand – the Thai National Security Council (NSC), the Thailand Institute of Justice, and the United Nations (UN) Development Coordination Office – highlighting the importance of the Regional Programme to different parties. Also present were representatives from regional and international communities , as well as UN and civil society organizations. Participants discussed crime and security challenges facing the region.

UNODC Regional Representative Jeremy Douglas informed participants that “Southeast Asia and the Pacific face a unique set of challenges due to diverse characteristics and strategic geography. UNODC is in a good position to build on our work here over the years and will continue to support the region.”

While in Thailand, UNODC Executive Director Waly held key meetings with Her Royal Highness Princess Bajrakitiyabha Narendira Debyavati, NSC Secretary-General Supot Malaniyom, Minister of Justice Somsak Thepsuthin, the Ministry of Foreign Affairs, and other senior officials from across the Government of Thailand.

Waly raised matters concerning UNODC’s current and future cooperation with Thailand – including improving the number of women in key justice roles, access to justice for vulnerable communities, collective responses to rises in transnational organized crime and illicit trafficking, and highlighting Thailand’s leading role in regional cooperation for safety and prosperity.

The announcement and policy meetings were followed by an extensive field visit to the north of the country to learn about Thailand’s approach to alternative development and addressing challenges along its northern border.