Putting Women at the Forefront to Combat Crime and Protect Rights 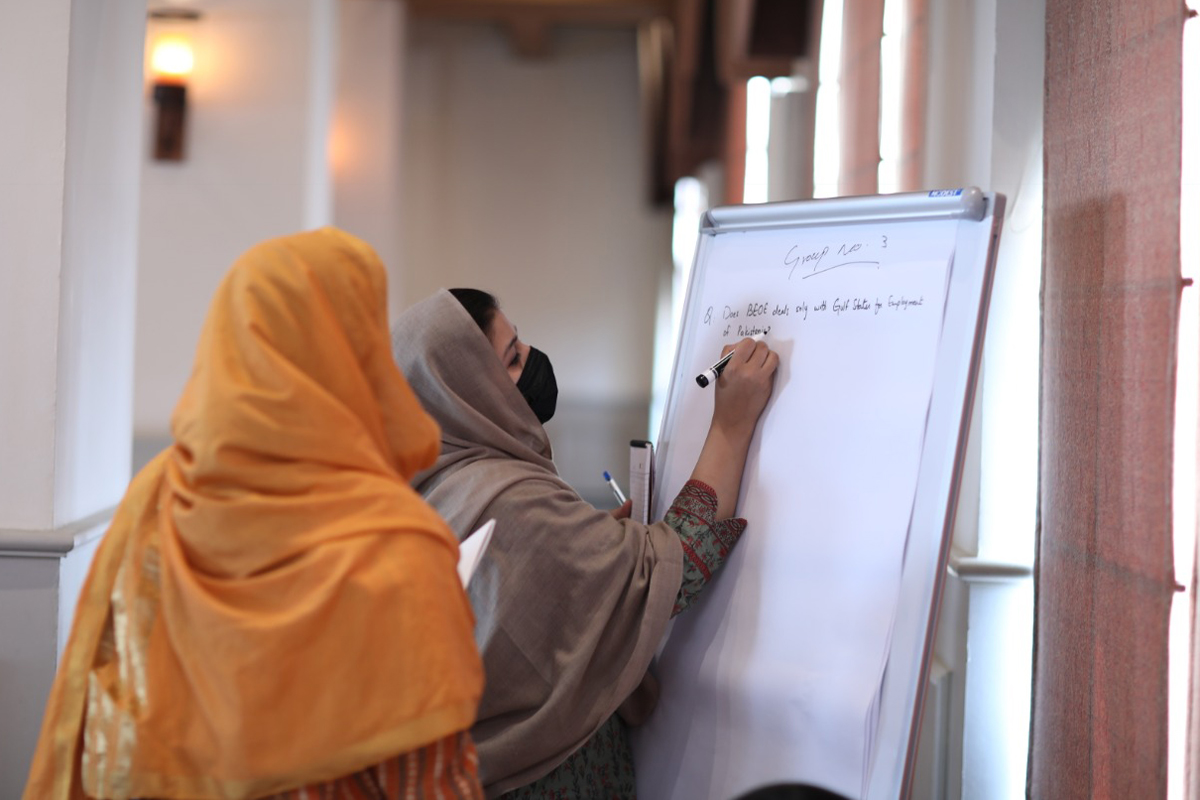 Vienna (Austria), 19 May 2022 – Human trafficking and migrant smuggling are global crimes that can affect all genders and ages.

However, women and girls consistently account for the majority of detected trafficking victims, primarily for sexual exploitation, and females who are smuggled over borders are more exposed to sexual violence and rape than male migrants.

But despite the gender implications, the authorities that deal with these crimes, including immigration services, law enforcement and the justice sector remain heavily dominated by men.

“Women are too often left out of criminal justice responses, and as a result, women victims may not receive the support they need,” said the Executive Director of the United Nations Office on Drugs and Crime (UNODC), Ghada Waly.

Ms Waly was speaking at an event on the “Role and Voice of Women in Countering Human Trafficking and Migrant Smuggling in Asia and the Middle East”, organized by UNODC’s Global Action against Trafficking in Persons and the Smuggling of Migrants (GLO.ACT) during this week’s Commission on Crime Prevention and Criminal Justice (CCPCJ).

“Advancing women’s representation and promoting gender-responsive criminal justice are priorities across the work of UNODC, to improve women’s access to justice and support to victims, and to strengthen the quality of justice for all,” said Ghada Waly.

During the online event the panellists discussed the importance of including women in efforts to counter human trafficking and migrant smuggling and actions taken in their countries to address this.

Justice Ayesha Malik, the first female ever to be elevated to the Supreme court in Pakistan, said “this is a system made by men for men”.

She added: “Women Judges have a role to play in rethinking the system, the processes, and the policies to make them gender responsive.”

“Women Judges can help build a new narrative, one that does not discriminate, does not slot women into roles and is sensitive to the gender perspective,” explained Justice Malik.

“In cases of gender-based violence, it is imperative that judges understand and are sensitive to the gender perspective. The tendency to focus on the victim and not the accused, to focus on what she was doing and not on what he did has to change.”

“Over the past ten years, 75 percent all victims registered in the European Union were women and girls. In some Member States, the percentage reached 92.”

“Trafficking in human beings, especially for the purpose of sexual exploitation, is rooted in gender inequalities. In order to win our fight against trafficking, it is fundamental to address its gender-related root causes and the gender dimension of this crime,” said Ms. Schmitt.

“Women have and should have a key role to play at the policy and operational level, and it is also crucial to have more women first responders, as they play a vital role in identifying, protecting and supporting victims,” she added.

In 2020, to address the gender imbalance within institutions that respond to the crimes of human trafficking and migrant smuggling, GLO.ACT launched The Women’s Network of Gender Champions to overcome barriers that prevent the inclusion of women in leading roles.

The Network, which comprises of male and female gender champions from Pakistan, Islamic Republic of Iran, Iraq and Afghanistan, strengthens the skills of female professionals who deal with cases of human trafficking and migrant smuggling through specialized training, mentoring and coaching activities.

Ibtisam Aziz, the Director General of the Protocol Department of the Prime Minister of Iraq and the current Chair of the GLO.ACT Women’s Network said the Network is becoming a “vehicle of change”.

“We cannot underestimate the importance of male allies. The presence and contribution of influential male supporters strengthen the Network and those it seeks to benefit,” added  Dr. Ibtisam.

In Iraq, the Network helped to ensure the inclusion of female judges in the drafting of a guidance note on victim protection and trained a first cohort of female investigators in the Kurdistan Region with a focus on human trafficking and migrant smuggling.

In Pakistan, where women currently account for less than two percent of the police service, 25 female investigators are being coached. Improvements in the quality of investigations and victim assistance have already been recorded.

Guest speakers at the event, which attracted an online audience of over 120, included Elham Aziznasiri, from the International Affairs Office at the Vice Presidency for Women and Family Affairs of the Islamic Republic of Iran. Nadia Murad, UNODC Goodwill Ambassador for the Dignity of Survivors of Human Trafficking, shared a video address.