Afghanistan opium cultivation in 2022 up by 32 per cent: UNODC survey 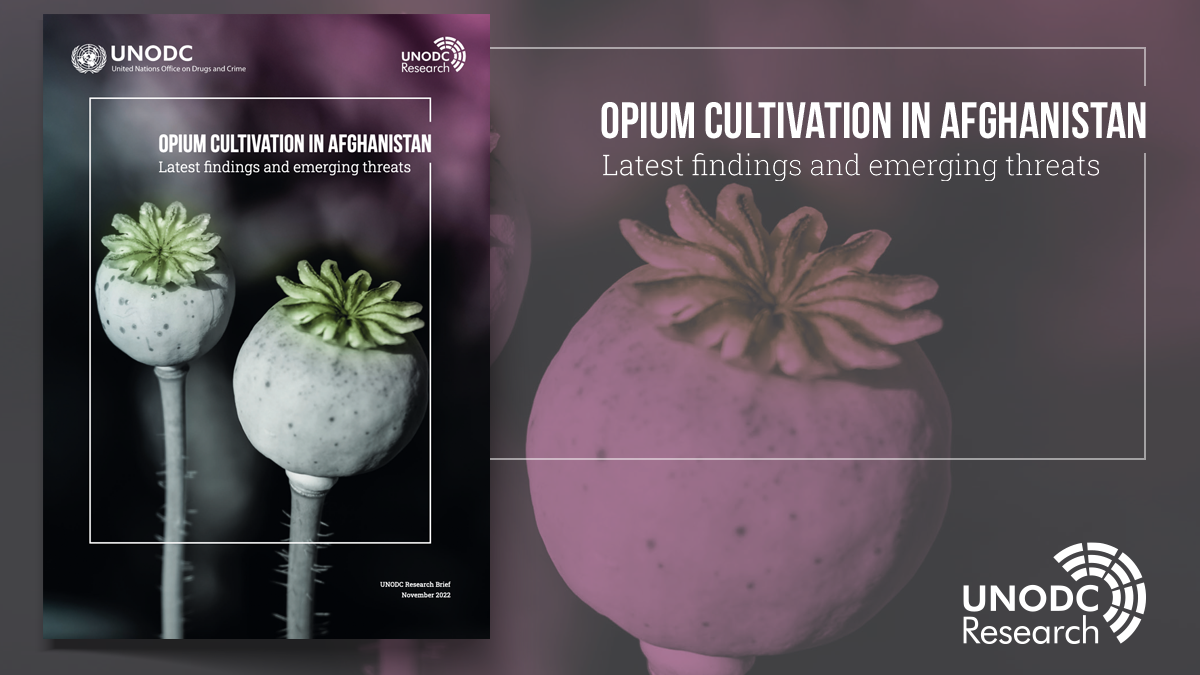 Vienna, 1 November 2022 – The 2022 opium crop in Afghanistan is the most profitable in years with cultivation up by nearly one-third and prices soaring, even as the country is gripped by cascading humanitarian and economic crises, according to a new research brief from the United Nations Office on Drugs and Crime (UNODC).

Opium cultivation in Afghanistan – latest findings and emerging threats is the first report on the illicit opium economy since the Taliban, which assumed power in August 2021, banned cultivation of opium poppy and all narcotics in April 2022. This year’s harvest was largely exempted from the decree, and farmers in Afghanistan must now decide on planting opium poppy for next year amid continued uncertainty about how the de facto authorities will enforce the ban. Sowing of the main 2023 opium crop must be done by early November 2022.

“The international community must work to address the acute needs of the Afghan people, and to step up responses to stop the criminal groups trafficking heroin and harming people in countries around the world.”

According to UNODC findings, opium cultivation in Afghanistan increased by 32 per cent over the previous year to 233,000 hectares – making the 2022 crop the third largest area under cultivation since monitoring began. Cultivation continued to be concentrated in the south-western parts of the country, which accounted for 73 per cent of the total area and saw the largest crop increases. In Hilmand province, one-fifth of arable land was dedicated to opium poppy.

However, the increase in income did not necessarily translate into purchasing power as inflation has soared during the same period, with the price of food increasing on average by 35 percent.

Seizure events collected by UNODC´s Drugs Monitoring Platform suggest that opiate trafficking from Afghanistan has been ongoing without interruption since August 2021. Afghan opiates supply some 80 per cent of all opiate users in the world.