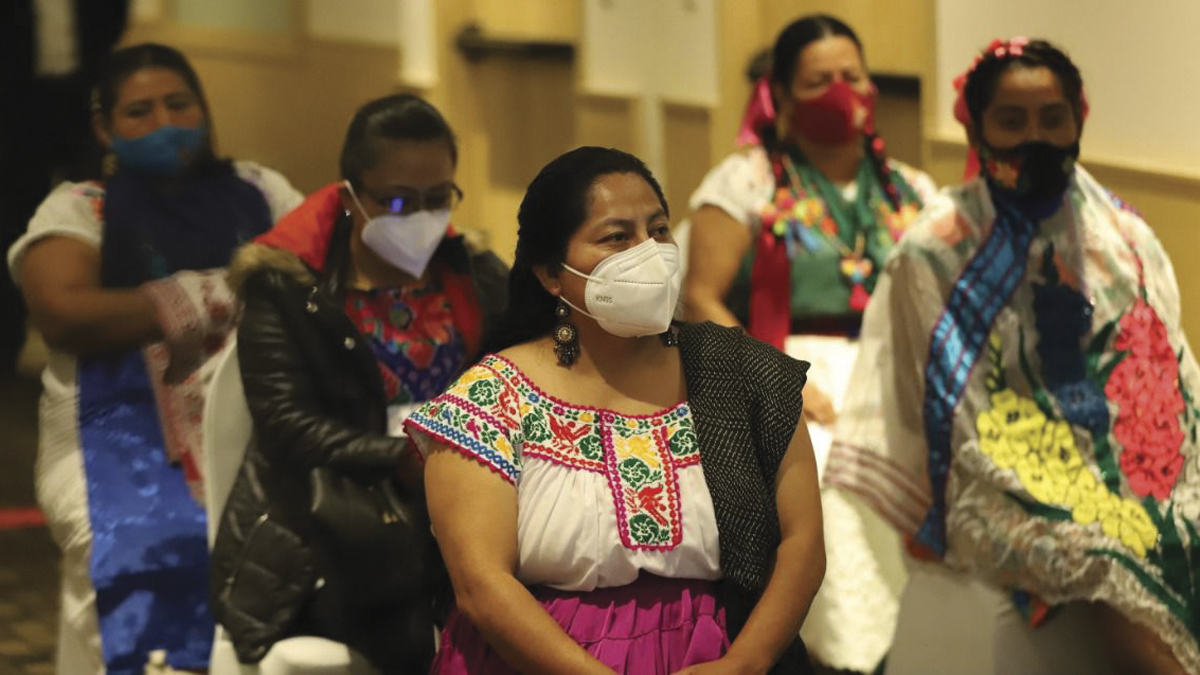 Oaxaca (Mexico), 9 November 2022 – In Mexico, corruption has penetrated all layers of society. The Mexican Institute for Competitiveness’ (IMCO) 2015 Report estimates that corruption costs the national economy as much as 5 per cent of its Gross Domestic Product.

There are approximately 23.2 million indigenous people in Mexico, equivalent to almost 20 per cent of its population. The country holds a historical debt towards them, as for many years they were excluded from national plans and their culture was not respected.

The United Nations Office on Drugs and Crime (UNODC)’s anti-corruption work is guided by the conviction that all people and communities have the right to justice, security, and peace. The scourge of corruption can only be eradicated if all sectors of society work towards the same common goal. Therefore, any anti-corruption programme must consider the needs, unique circumstances, and wishes of indigenous peoples in order to align them with the anti-corruption fight at the national level.

To address the threat of corruption in Mexico, UNODC is working with local governments to implement the United Nations Convention against Corruption (UNCAC) at the state level and ensuring that all public servants are equipped with anti-corruption tools, knowledge, and skills. This includes support for a citizen participation committee of the national anticorruption system, which was recently held in July in Oaxaca.

Ms. Reyna Santillan, an advisor to the Citizen Committee of the Anti-Corruption System of Oaxaca, as well as an indigenous Zapotec and activist, addressed the UNODC team in her native language, Zapotec.

"We are very pleased to collaborate with UNODC, as we do not want our indigenous communities to become sick with that cancer called corruption. We have the right to continue our good practices of transparency, accountability, and local governance, such as the tequio,” she said.

Ms. Santillan was referring to the traditional indigenous practice, common in Oaxaca, based on cooperative, mandatory and unpaid work for the good of the community.

“Inside our communities, we do not receive money to serve as authorities, we do it for the honour of holding that position,” she continued. “This is an example of social co-responsibility and internal control regulations. We want good indigenous practices to continue to exist in order to avoid corruption and lack of transparency."

Tequio is just one example of the good practices that indigenous peoples can share to aid in the fight against corruption.

UNODC will continue to implement the UNCAC Review Mechanism (a peer review process to support states to implement the convention) in more Mexican states to ensure that anti-corruption efforts have an intercultural component, respect the distinctive circumstances of the different indigenous communities, and guarantee justice in accordance with the lessons learned to date.

This project was implemented thanks to the financial support of USAID to the UNODC Office in Mexico.

For more on the fight against corruption in Mexico, visit UNODC’s country office page here.