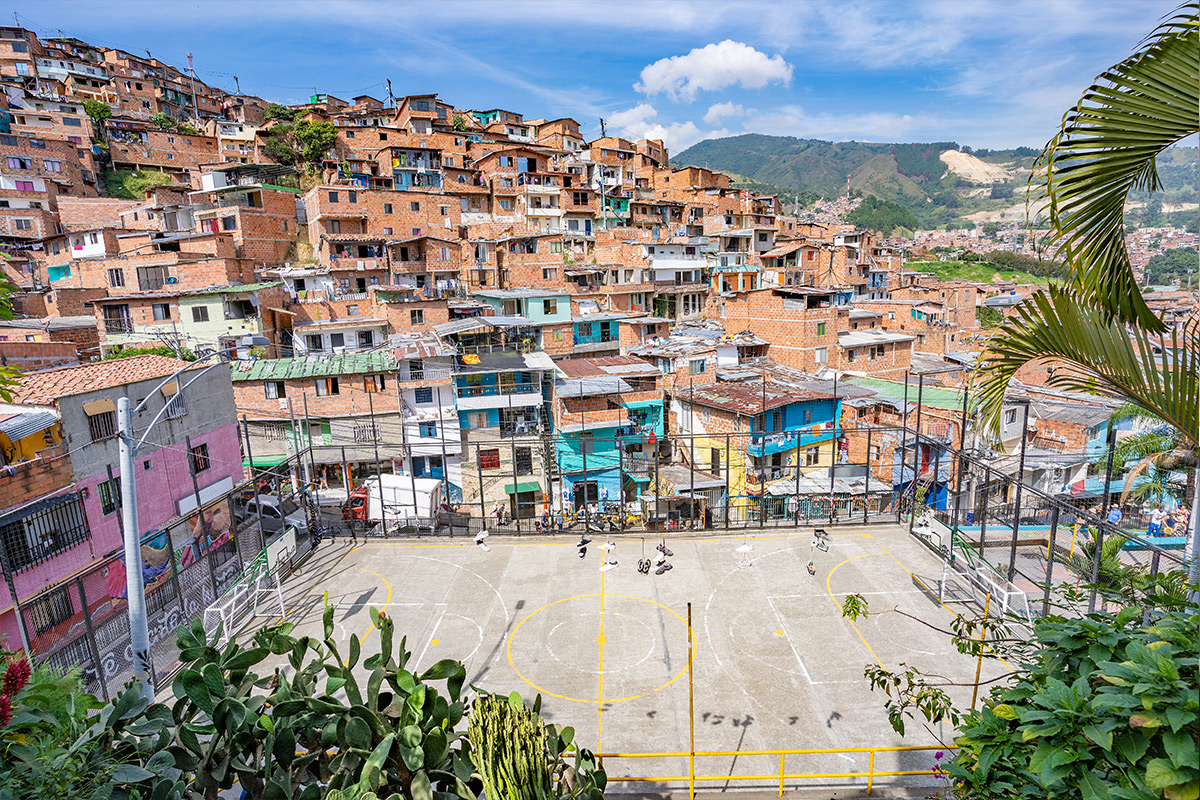 New York City (United States), 16 November 2022 – In cities across the world, the most disadvantaged communities tend to be the most affected by crime and violence. Consequently, community-based crime prevention initiatives that aim at reducing risk factors, and enhancing protective factors that citizens are exposed to, can have a much greater impact on criminal behaviour than law enforcement alone.

Interventions that combine pro-active law enforcement with the provision of support services and social development opportunities to those at risk of (re)engaging in crime have shown positive results. Such interventions could be delivered by, for example, social services, health professionals or a variety of community actors.

On 7 November at the United Nations (UN) Headquarters in New York City, a policy forum on partnerships in community-based crime prevention was held to spotlight these sorts of interventions and bring to the fore the need for local cooperation to prevent crime effectively, in line with the Kyoto Declaration.

The forum was organized by the UN Office on Drugs and Crime (UNODC) in cooperation with the Chair of the Commission on Crime Prevention and Criminal Justice, Ambassador Takeshi Hikihara of Japan. It brought together experts and delegates from Member States, as well as partner organizations such as the International Olympic Committee (IOC), the International Centre for the Prevention of Crime (ICPC) and the United States-based Center for Court Innovation.

Speaking at the event, Ambassador Silvio Gonzato of the European Union’s delegation to the UN stressed that “crime prevention cannot just focus on law enforcement, but should look at addressing root causes of crime, including factors related to the built environment and urban design”. Other speakers, including representatives of Canada and Mexico, shared experiences of designing crime prevention strategies and policies to help advance prevention projects and initiatives that have impact at both national and local level.

Hiroyuki Watanabe of Japan’s Ministry of Justice presented the audience with lessons learned and best practices on the prevention of recidivism, zooming in on Japan’s 'Big Brothers and Sisters' and 'Hogoshi' initiatives, which both engage volunteers in programmes for the social reintegration of offenders upon release.

One potential approach to reducing crime among youth is using sport in crime prevention projects. A new project called SC:ORE (Score Against Crime: Outreach-Resilience-Empowerment), which seeks to strengthen youth resilience to crime and violence through sport, was launched at the policy forum by IOC and UNODC and presented at a dedicated meeting of the Group of Friends of Sport for Development and Peace, hosted by its co-chair Isabelle Picco, who is also Monaco’s permanent representative to the UN.

Speaking at the launch, Kirsty Coventry, IOC member and chair of its Coordination Commission for the Youth Olympic Games Dakar 2026, underlined that “sport is not just physical activity, it’s a powerful means to build bridges, bring people together and contribute to building safer and more peaceful communities.” Coventry welcomed collaboration with UNODC and community crime prevention entities, and their efforts to expand the important role of sport-based approaches to crime prevention.

Jo Dedeyne-Amann, UNODC’s Chief of the Secretariat of the Governing Bodies, also heralded the power of sport for crime prevention. She noted that the partnership builds upon recent UN General Assembly resolutions calling on States to explore how sport can help to address push and pull factors of violence and crime, support reintegration of offenders, prevent gender-based violence, and promote female empowerment.

Under the SC:ORE programme UNODC and IOC will develop tailored tools and undertake community-based work in two pilot countries where, through sport-based interventions, young people will be engaged and empowered. Using sport as a tool, the programme will create safe spaces, promote inclusion and positive interaction, and provide skills training to help strengthen protective factors for crime and community violence.

Following the New York forum, UNODC visited the Brownsville Community Justice Center in New York City. The centre is an initiative of the Center for Court Innovation that encourages community safety by building the capacity of neighbourhood youth and encouraging economic development through the various projects being implemented at Brownsville.

According to Deron Johnston, a practitioner at Brownsville, to bring down crime, young people and community members should be engaged as safety experts. Their time should be valued enough for them to generate ideas and solutions, which could then translate into policies and projects.

Speakers at the forum on community-based crime prevention included: Ambassador Silvio Gonzato, Deputy Head of Delegation of the European Union to the UN; Ambassador Alicia Guadalupe Buenrostro Massieu, Deputy Permanent Representative of Mexico to the UN; Chad Westmacott, Director General of Community Safety, Corrections and Criminal Justice Directorate at Public Safety Canada; Hiroyuki Watanabe of Japan’s Ministry of Justice; James Brodick, Director of Community Development and Crime Prevention at the Center for Court Innovation; and Ann Champoux, Director-General of the International Centre for the Prevention of Crime. An agenda of the event can be found here.

Interested in learning more about SC:ORE? Check out this video.