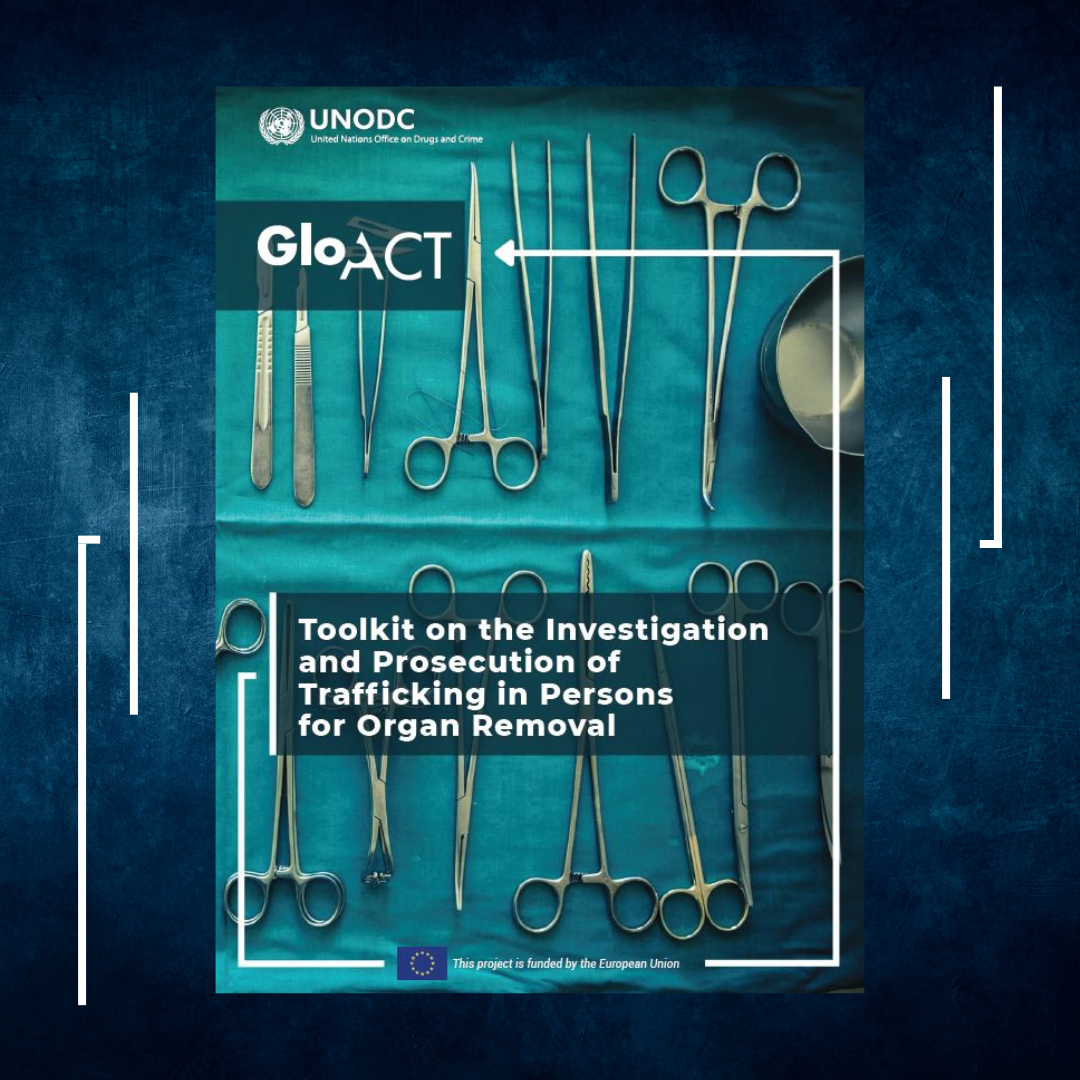 New York (United States), 27 October 2022 - All forms of human trafficking tend to be hidden, but human trafficking for organ removal is especially so. Driven largely by the global organ shortage for ethical transplants, it is estimated that only 10 per cent of global needs are covered. Criminal networks profit from the desperation of patients and coerce vulnerable people into selling organs.

Despite being listed as one of the forms of exploitation in the United Nations Protocol to Prevent, Suppress and Punish Trafficking in Persons, Especially Women and Children, to date human trafficking for organ removal has received scant attention from anti-trafficking stakeholders and the international community.

On Tuesday, the United Nations Office on Drugs and Crime (UNODC) launched a new Toolkit on the Investigation and Prosecution of Trafficking in Persons for Organ Removal, designed to encourage the proactive investigation of possible cases or red flag indicators. The toolkit focuses on organized criminal networks and the illicit financial flows stemming from them.

“For too long, trafficking for the removal of body organs has remained in the dark. Very few investigations exist, and even fewer prosecutions take place. The new UNODC toolkit will help train criminal justice professionals to identify victims and bring traffickers to justice,” said Amina Mohammed, United Nations Deputy Secretary-General, at the launch via video message.

Addressing how the demand-supply issue plays into the hands of traffickers, Dr Tedros Ghebreyesus, Director-General of the World Health Organization, said, “The demand for transplants is outpacing supply. Weak donation and transplantation services in many countries have led to ‘transplant tourism’ and human trafficking for organ removal. The police and judicial agencies must work with health authorities to prevent and prosecute trafficking in persons for organ removal.”

The broad spectrum of actors involved in human trafficking for organ removal, from surgeons and nurses to preparators who can match patients with compatible donors, makes it a complex crime. The lack of expertise in identifying and investigating this complex crime results in it being persistently underreported. The few reported cases confirm that this is a crime that spans the globe – all regions are affected in some way as source, transit or destination.

Noting that the new toolkit is the first of its kind, UNODC Executive Director Ghada Waly said, “It will give criminal investigators and prosecutors the power to understand the methodology for establishing a complex case of human trafficking for organ removal. Our ultimate aim is to identify potential victims before illicit transplants take place.”

Case data confirms that criminal networks profit from the desperation of the unemployed, refugees, asylum seekers and migrants to pressure them into selling organs. Myths that this happens in back alleys and that victims are kidnapped still hinder the identification of victims. In actual fact, donor victims are recruited following a pattern similar to in other types of human trafficking. It can involve the promise of an exchange of small amounts of money, which some may never actually receive. Many victims suffer post-operative complications and health problems.

Greater attention must be paid to strengthening the regulatory framework around organ transplantation and the means by which so-called ‘buyers’ can engage in ‘transplant tourism’ to perform illicit transplants. By identifying which healthcare sectors may be at a higher risk of exploitation, we can better identify possible victims and prevent the crime.

Ambassador Silvio Gonzato, Deputy Head of the Delegation of the European Union (EU), stressed that the issue of trafficking in human beings for organ removal is also of grave concern to the EU, as reflected in the EU’s Strategy on Combatting Trafficking in Human Beings (2021-2025). He commended UNODC for the partnerships it built across all relevant stakeholders to deliver this toolkit.

While the toolkit is designed to strengthen the specialized knowledge and capacity of criminal justice actors, UNODC invites Member States, international partners and civil society to raise awareness of the issue and to take concerted and informed action.

The toolkit has been developed in the framework of UNODC’s Global Action to Address and Prevent Trafficking in Persons and Migrant Smuggling (GLO.ACT), funded by the European Union.

The launch event for the toolkit can be viewed here.